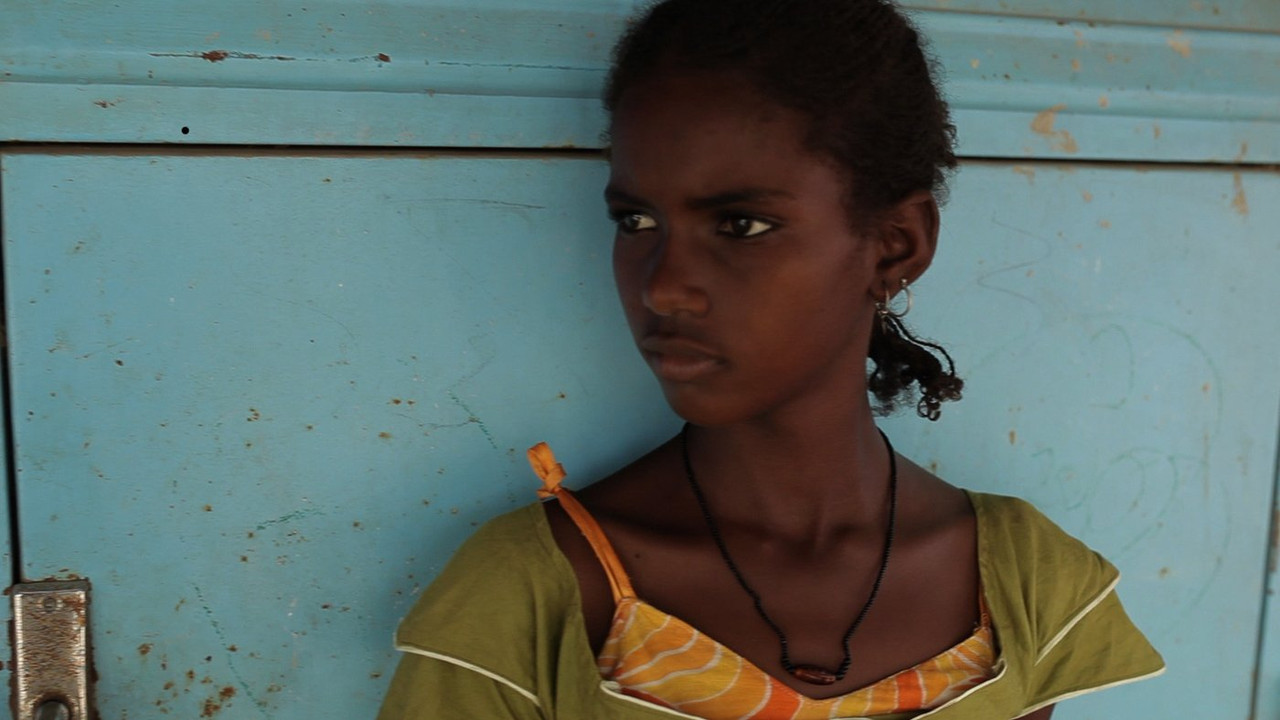 Cinema is, it strikes me, the truly global artform, and I do enjoy marking off a new country on the map of places I have seen films from (I'm a nerd, in case we hadn't established that). Tall as the Baobab Tree is my first Senegalese film, and it's one that really plunges the audience into a local culture that many of us will see as not just alien but perhaps even objectionable, the more so for the opening caption informing us that it is 'Based on True Stories'.

On the day that she is collecting her exam results, Coumba's older brother falls from a Baobab tree and breaks his leg, which means not only can he no longer work in the fields, but his parents are facing a medical bill they can't pay.  The remedy they find is to marry off Coumba's roughly 12 year old sister Debo and use the dowry to pay the bill.  Coumba can't accept this, and begins working secretly at a hotel in town, aiming to collect enough money to save her sister.

The film's tone is very subdued, and there isn't a great deal of major dramatic incident, but director Jeremy Teicher largely gets away with this because the story has an in built high stakes drama and interest.  What makes the film especially interesting is the fact that it doesn't make the morals totally black and white.  The sympathy of both (this) audience and the film clearly lies with the sisters, but it doesn't treat the father as a total villain, rather it seems to view him as a man who has been raised with a certain faith, a certain doctrine and a certain way of doing things, who can't really see past tradition in trying to solve his family's problems, and it takes pains to show him as conflicted.  It's a welcome moral complexity in a film that could easily have been far too black and white.

While all this does keep the film watchable, I also found that it kept me emotionally at arms length thanks to the performances.  It's difficult at the best of times to judge performances in a language you don't speak, so it may simply be an issue of unfamiliarity with the structure and sound of Pulaar, but there is a flat feeling to the dialogue, which makes even the high stakes drama feel a bit lifeless at times.  Whether this is my unfamiliarity with the language talking or the performances really are a bit flat and rote, it adds up to the same slightly unsatisfying result.

The thrust of the story is interesting and provocative enough, and the imagery beautiful enough, that Tall as the Baobab Tree overcomes many of its issues, but I still left feeling that it wasn't quite the film that it might have been.
★★★☆☆ 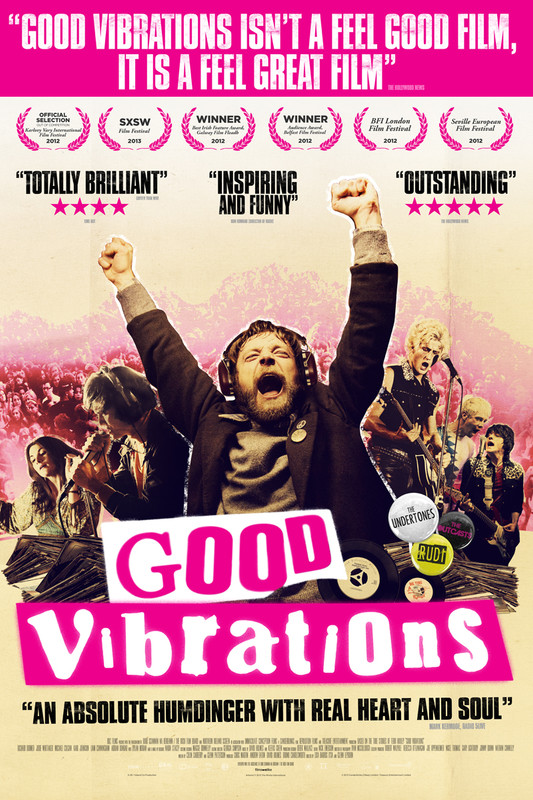 I don't read much about festival films before going to see them, and had somehow got my wires crossed and ended up thinking that this film about Terri Hooley, whose Belfast record shop and indie label Good Vibrations seems to have been a very important presence in the Belfast punk scene of the late 70's and early 80's, was a documentary.  It isn't, I really wish it were, because that's a film I'd actually be interested in seeing in place of the perfunctory and forgettable by the numbers biopic we've been given here.

One problem is the simple fact that Hooley (played by Richard Dormer) just isn't especially likeable.  At the very least we should be getting some sense of his passion for music managing to charm people into working with him, but we really don't, and consequently, particularly given what an organisational fuck up he is, it's tough to see how he pulled everything together and managed to convince people (especially his wife Ruth, played by an almost insultingly underused Jodie Whittaker) to stick with him.

The other major issue is one of tone, in that the film doesn't really know which sort of tone it wants to pursue.  Is it a serious film about the way Hooley tried to use music to distract from the Troubles?  Is it a knockabout comedy about a misfit trying to run a record label?  Yes.  Is it a sad story about a guy who puts music above everything, including his wife and baby?  Yes.  It's all of these things and others besides, and the pieces seldom mesh, so the overwhelming feeling is one of the screenplay rolling a die before each scene and letting the numbers decide which tone they'll go for over the next five minutes.

Good Vibrations isn't terrible, Dormer and Whittaker are both fine in their roles, and some of the music is electrifying, but I could never shake the sense that the real story, the real guy, would be more interesting, nor the feeling that this film had been made with some sort of cinematic paint by numbers kit.
★★☆☆☆ 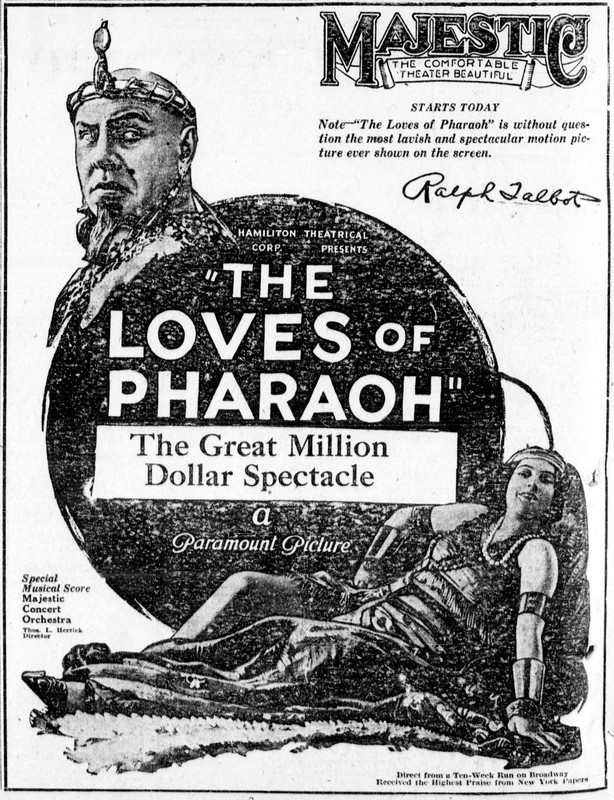 I haven't seen much of the work of Ernst Lubitsch, but even after just a couple of films - The Shop Around the Corner and Ninotchka - I can tell you that this previously lost melodrama from 1922 is neither typical, nor the place to start.

The Loves of Pharaoh has many of the familiar strengths and weaknesses of early and silent cinema.  On the plus side it is remarkable how easily, even in this still incomplete version, the story of a Pharaoh (the great German silent star Emil Jannings) who causes a war in his kingdom when he falls for a slave girl who has recently escaped servitude under the Ethiopian king (played by another star, Paul Wegener, in blackface), is communicated.  It's also a beautiful film, with some remarkably dynamic battle scenes featuring massed ranks of extras, well chosen tints that help communicate both time and mood and many gorgeously lit and framed shots that make the 600 metres still missing feel like a real loss.

On the downside, this is a melodrama, and that's very apparent in the acting, which, sadly, is still stuck in the broad, pantomimic style employed in a lot of early cinema.  Perhaps in 1922 these were great performances, and Jannings does have some subtler moments in which he is great, but for the most part the over-demonstrative work on display from the likes of Dagny Servaes (as the slave girl) and Harry Liedtke (as the other man who is in love with her), just doesn't work, and when Jannings pushes the boat out, especially in the second half of the film, he's comically overblown.

The Loves of Pharaoh is rather good fun; the story and acting are overblown, but if you're interested in film history the beauty of the images and the fluent storytelling do carry it, but it's no lost classic, and really feels more like a curio than an essential addition to most people's experience of silent cinema.
★★★☆☆
Posted by Sam Inglis at 21:25