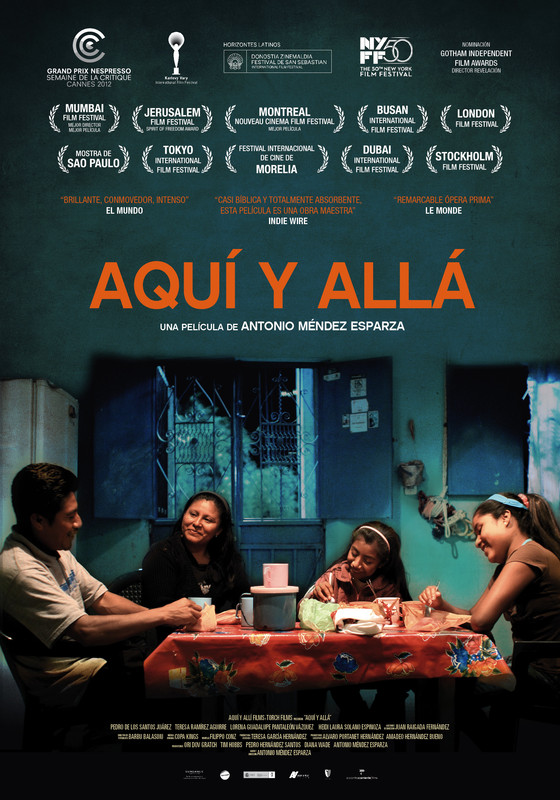 I don't mind slow films, in fact there are many that I like a great deal, but there has to be some sort of reward; tension, whether it pays off or not; a feeling that you're seeing into an interesting or different life; anything to mitigate the fact that the story you're following isn't especially eventful.

Here and There doesn't deliver any of that. A while back, Total Film used to have a 'predicted interest curve', a graph depicting the highs and lows of some of the films they were reviewing. The biggest problem with Here and There is simple; that graph would be a straight line. This is an incredibly flat film. We should be engaged by the life of the Mexican family at the centre of the film; a mother and father who seem to be in their mid thirties and three daughters of about 15, 12 and 1 year old but the ups (the father's band playing a gig with a well known local musician) and downs (the youngest child becoming ill) are all treated with the same lack of engagement by filmmakers and characters alike. There is never an ounce of passion shown in the film, creating an overwhelming feeling of flatness and disengagement. The performances don't help matters much as, while there is a strong family dynamic created, none of the actors ever rises above a mumbled monotone.

There is one caveat that I must mention: I fell asleep for about twenty minutes during the middle of this festival of tedium. These were easily my favourite twenty minutes of the film, and I suspect that what I missed wasn't a sudden lapse into genius, but I have to allow for that possibility. That said, even if that were the case I still couldn't recommend Here and There, which will surely mount a robust challenge to be noted as the single dullest film at this year's festival. Avoid it with extreme prejudice.
★☆☆☆☆

Save Your Legs
Dir: Boyd Hicklin 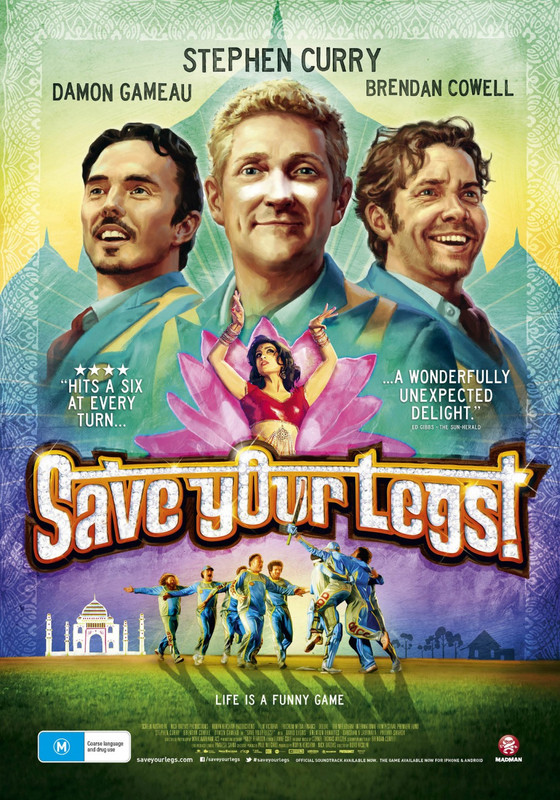 From its awful title on down, Save Your Legs is just dire. It's not so much a film as it is a selection box of sports movie clichés, with the scrappy little team from the minor leagues (Aussie park cricket team the Abbotsford Anglers) taking on a challenge they are clearly not up to (a tour of India). Oh just guess the plot. Hell, guess every scene and every joke, if you're wrong you'll write a better film than Boyd Hicklin has.

For an alleged comedy, Save Your Legs is notably short on jokes, well, unless you find poo inherently funny, which, no longer being five, I don't. The characters are all desperately one note; there's the one who won't grow up, the drunk, the egomaniac, the nerd (who might have a crush on one of the others), the philosopher, the young upstart and the fat bearded one. There are more, but they don't even register that much personality. As the only woman in the film, Pallavi Sharda registers, but only thanks to her beauty, the film tries to work her into the climactic scenes, but then forgets to give her anything to do.

Save Your Legs is insultingly lazy. The jokes basically hit the peak of their inventiveness at 'Indian food gives you the trots', the 'bromance' between the team is laughably thin, and the lessons learned prosaic, unimpressive (apparently when you're 35 you might want to grow up, thanks for that movie) and predictable and the cricket sequences are unimpressively shot and totally devoid of tension, because even before you've seen a frame of them you know almost to the last beat how each of them will play out.

This is a terrible film, disregard its advice, if it comes to a choice between seeing it and running away, do not Save Your Legs.
★☆☆☆☆ 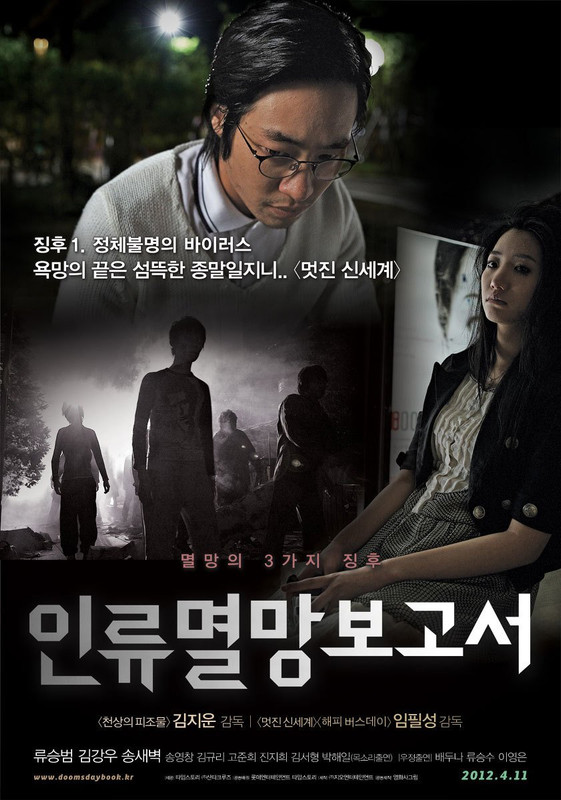 Portmanteau films are, by their very nature, hit and miss, but this sci-fi triptych from South Korean directors Yim (Hansel and Gretel) and Kim (the better known, director of A Bittersweet Life and A Tale of Two Sisters) works better than most. For years two stories sat on the shelf, but production problems meant the third had not been shot, well, now it has, with the directors collaborating on the third short.

Every viewer will have a story they prefer and one that they perhaps don't like as much, and it will differ and provoke much discussion. Personally I liked the bookending efforts, which seem to match up better in tone than Kim Jee-Woon's solo entry in the middle. The film opens with Yim's hilarious The New Generation; a vision of a zombie apocalypse, which blends absurd humour, bloody violence, environmental commentary (it's very concerned with recycling) and a little romance to fine effect. The compressed nature of the story actually makes it all the more fun, because it becomes hilariously overblown in a very short space of time.

Kim Jee-Woon's story of a robot that becomes self aware, and a Buddhist, causing an existential crisis for itself and for many humans, didn't work as well for me. To some degree the problem is likely that I don't know much about or really understand some of the ideas running through it, I also rather missed the more markedly anarchic tone of the first film, and thanks to the very familliar design of the robot I just couldn't shake the expectation that it was about to begin singing Bjork song at any moment. This film; The Heavenly Creation, may be the one that really grows on a rewatch, certainly it's the deepest and most thoughtful of the films, but it's definitely the one I found least rewarding on a first look.

The closing collaboration, Happy Birthday, is the best of the shorts for me. It takes the anarchic apocalypse comedy of The New Generation and turns it up to eleven, with the story of a family (including The Host director Bong Joon-Ho) hiding underground from a potentially world destroying meteor, which turns out to be something they may have caused (I don't want to spoil it any further than that). The end of the world newscasts are absolutely priceless, and the short's almost surreal last moments - which to some degree recall the botched ending of Save the Green Planet - really surprised me by working very well (and hey, if nothing else it's always nice to see Bae Doo-Na, if only for a few minutes).

Doomsday Book is never less than engaging, and I'm sure that anyone will find at least two of the three shorts highly entertaining.
★★★☆☆
Posted by Sam Inglis at 20:49