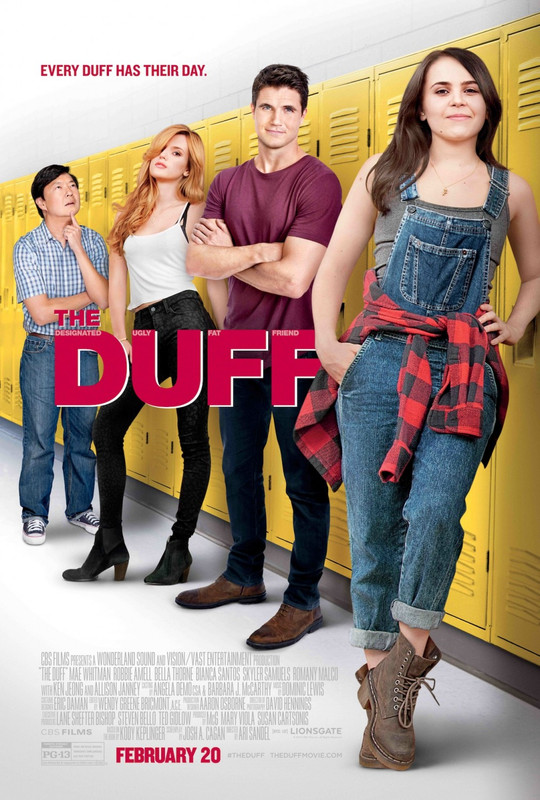 The high school movie is perhaps the most formulaic of sub-genres. Most of them, even the best, draw elements from a pool of clichés that have been circulating and expanding for more than 50 years now. Some add new elements for future films to co-opt, while still drawing liberally from what has gone before. After so long, and so many films, pulling from that same well there has recently been a sense of stagnation. The DUFF doesn't add much, if anything, new to the mix, but it combines the old ideas and moments with a freshness that we've not seen from a US high school movie in some while.

The DUFF, in this case, is Bianca (Mae Whitman); a slightly awkward high school senior who does well in class, has a couple of close friends (Bianca A. Santos, Skyler Samuels) and is generally happy and at ease with herself, but has never been on a date and can't string three words together in front of her crush (Nick Eversman). At a party, Bianca's neighbour Wes Rush (Robbie Amell) tells her that she is her friends' DUFF; Designated Ugly Fat Friend, and that, whether they know it or not, they use her as the approachable friend who is the gateway to being allowed to talk to her 'hotter' pals. Bianca and Wes make a deal: she'll help him pass science, and he'll 'reverse DUFF' her.

It is obvious within minutes where practically every beat of The DUFF is going to end up. We've seen variations on almost every scene before, be it Bianca's embarrassing dance while trying on clothes, the interactions with the school's bitch in residence (Bella Thorne), the homecoming set finale or countless others. This should probably grate, it should feel rote and as if the film is simply flicking through the high school movie playbook. The fact it doesn't is simply down to execution.

The screenplay by Josh A. Cagan made the 2011 blacklist of the best unmade screenplays, and while it hits all the usual beats it does so with characters that have more life and complexity than usual, as well as a good helping of wit. This is especially true of scenes between Bianca and Wes. It would have been easy to write both of them as one dimensional - she's the weirdo, he's the jock -  or for Bianca, in particular, to have come off as a screenwriter's idea of a high school oddball (see She's All That for the ultimate in fake outcasts). This doesn't happen because when he introduces the idea of the DUFF, Wes notes that it's not about being fat, ugly or weird so much as being seen as unintimidating. That rings true, both in terms of how people feel about talking to people they're interested in and of how Bianca is written and played. While Mae Whitman, a beautiful woman, plays down her looks in the role, the film doesn't make Bianca some sort of hideous monster, just a girl who doesn't make looking 'hot' her priority day in day out. Bianca's personality comes through strongly not just in her dialogue and her look but in some of the film's jokes; her awkwardness is funny and charming, and a few cutaway gags get inside her head in moments that ring true as well as being amusing.

Part of the reason that the film is so nakedly predictable from early on is that Mae Whitman and Robbie Amell have such strong chemistry as Bianca and Wes. Both have great comic timing, and they play off each other beautifully (look at the locker room scene, particularly at the moments that have been left in where Whitman is clearly breaking character and laughing). More than that though, there is a strong sense of a growing connection between the characters coming from both actors. Most films where characters start out disliking each other but subsequently fall for each other strain credulity, but here the process feels organic. The connection is clearest in a lovely scene on what Bianca calls her thinking rock. Here there's a comfortable, jokey, chemistry between the characters and both Whitman and Amell are charming in their roles. this makes the relationship between Bianca and Wes easy both to engage with and to root for. I find it's a rare romantic comedy these days that presents a central couple that I'm invested in seeing get together, but The DUFF manages it.

When it steps away from this central relationship, The DUFF can clunk a little. The supporting characters are relatively minor presences and that means they are much more broadly drawn. This is perhaps especially true of Bella Thorne's Madison. Thorne, the only actual high schooler in the main cast, does well enough channeling Rachel McAdams from Mean Girls, but it would have been nice to see a little more behind the obvious mask of Madison's bitchy persona and obsession with being "pre-famous". The moments that fall flattest, however, are those when professional irritant Ken Jeong shows up to do his typically screechingly unfunny improv, fortunately, these are relatively rare. 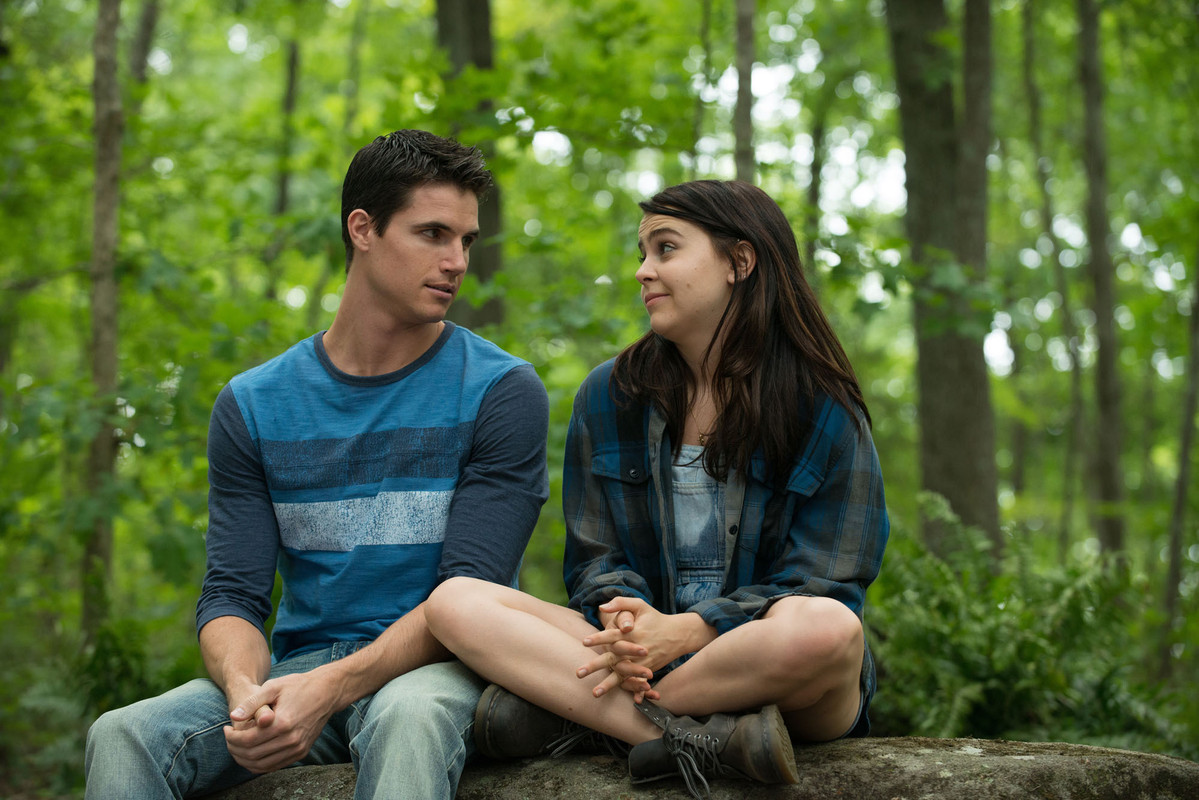 Before the film came out, many people, myself included, worried about the message that dubbing Mae Whitman the 'Designated Ugly Fat Friend' would send, when she is demonstrably neither ugly nor fat. As I mentioned earlier, the film bends over backward to clarify that DUFF is meant as a catch all term rather than a specific one, but this isn't what's most heartening about the film's message. I was worried that this film would become She's All That or, worse, the loathsome The Hottie and the Nottie, but it doesn't. The way Wes coaches Bianca to stop being someone's DUFF is by giving her confidence. Rather than changing her Wes repeatedly encourages Bianca to be herself, telling her more than once that she looks beautiful, but not like herself. Yes, of course, she gets dressed up for a date with her crush and for homecoming, but this isn't the end of Grease, Bianca's personality doesn't change, because it doesn't have to, the progress she makes is in seeing that.

In criticism, we tend to call a film 'generic' as a term if not of abuse then certainly of disapproval. It's not a point I would usually argue but, for the most part, The DUFF is one of those rare films that shows that being generic isn't a bad thing when you do it well. There is a reason that certain tropes get repeated over and over and eventually laid down as part of a generic structure, they speak to audiences at some level. Here, director Ari Sandel and his cast execute the generic beats well. You'll have seen the constituent parts before, but it's written with intelligence and wit, played by a quality cast who are clearly enjoying themselves, and it has something to say about the way people see themselves and about cyberbullying which feels both timely and relevant to people outside of the characters age range. It may break no new ground, and it's not without other flaws, but The DUFF is a charming, engaging and entirely enjoyable film.
★★★½
Posted by Sam Inglis at 10:45