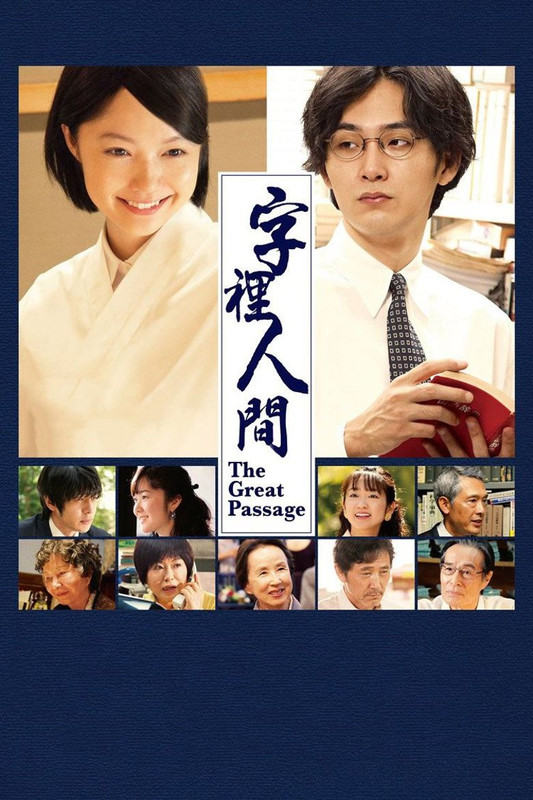 I'm a writer (in case you hadn't noticed) and while I got into writing because I love films I have stuck with it because I love writing and because I love words.  The right word is something any writer knows is elusive – sometimes it's impossible to find – The Great Passage, among it's many other virtues, is a film for the writer, the word lover, in us all.

The Great Passage is the title of a new 240,000 word dictionary being put together by the Genbu company.  The dictionary editorial department is understaffed and underbudgeted, but they recruit one new member of staff to help with this project; shy, geeky, Mitsuya (Ryuhei Matsuda).  Over 15 years the film follows Mitsuya as both the dictionary and his life move on.

The premise of The Great Passage immediately recalls Howard Hawks' wonderful screwball comedy Ball of Fire, in which linguistics professor Gary Cooper is beguiled by Barbara Stanwyck as he helps to compile an encyclopedia.  The first half of Yuya Ishii's film – his first with a big budget and major stars – wears this influence very much on its sleeve, with screwball antics very much in evidence both in the dictionary editing department and at the boarding house where Mitsuya lives and falls for his landlady's pretty granddaughter   (Aoi Miyazaki).  However there is always an undercurrent of drama, provided by the very real sense that the dictionary's editor  (Joe Odagiri) may not live to see it completed.  This drama comes to the fore in the film's second half which, while still often funny, delivers an undeniable emotional punch.

I'm not sure how Yuya Ishii's fanbase will take to this film.  I've only previously seen his candy coloured, kooky, Sawako Decides, which I liked for the most part, but almost felt assaulted by, so desperate was it to charm me.  The Great Passage is not a total departure but rather feels like a refinement of Ishii's style.  It remains bright, broad and cute but the biggest excesses are reined in, making it easier to relate to the characters and their relationships, as well as to the comedic and dramatic beats.

The first half of the film hits a variety of comic registers, from the way that the older members of the dictionary staff observe people in order to collect new words and phrases on examplar cards to the genuine charm of the romantic comedy dynamic between Matsuda and Miyazaki.  This is how you do romantic comedy; the characters are both charmingly awkward on their own and right from the off their dynamic works well.  Their first meeting sets the tone, when Mitsuya mistakes Kaguya asking the cat's name and instead gives his own.  We never see much intimacy between the two (we don't even see them kiss) but we do believe and root for the couple.

Some of the film's funniest scenes revolve around a letter that Mitsuya has written to Kaguya, unfortunately he's used brush calligraphy and though it's beautiful almost no one can read the result.  Ishii mines this for several very funny moments, both in the office and at the boarding house, hitting wonderfully warm comic tone that echoes through the film, even into the somewhat more serious second half. 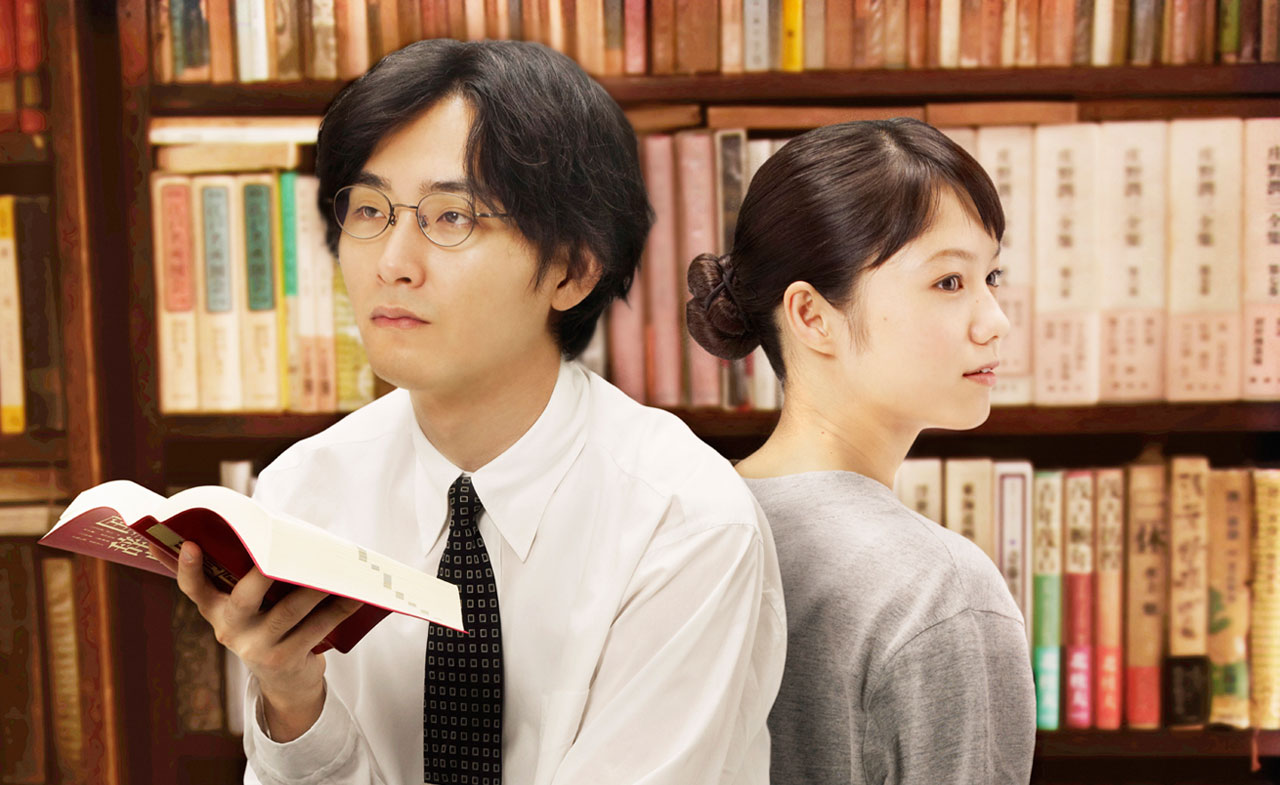 The letter is also a good metaphor for what the film as a whole is about just under the surface; the joy of words and how they can draw people together (this isn't a film that has   much interest in pulling people apart).  To say that the way this theme is woven into the film is subtle wouldn't be true, but it's certainly effective.

The actors all pitch their performances beautifully; the stammering Ryuhei Matsuda finds the charm underneath Mitsuya's nerves while Aoi Miyazaki has a serene beauty that is also reflected in Kaguya's nature and in addition radiates a believable intelligence that is reflected in her character's skills as a chef.  Joe Odagiri gives an appropriately regal bearing to his veteran editor, but there's a glint in his eye that works for his humour, especially when he is collecting new words.  All round, the actors reflect the tone of the film perfectly.

Overall, The Great Passage is a great big warm hug of a film.  It has an easy charm thanks to an appealing cast who all do strong work with a script that is often very funny.  The drama works too, without feeling overly manipulative.  I hope we'll see more of this kind of work from Yuya Ishii.
★★★★☆
Posted by Sam Inglis at 20:57