The Enemy Within
Dir: Yorgos Tsemberopolous 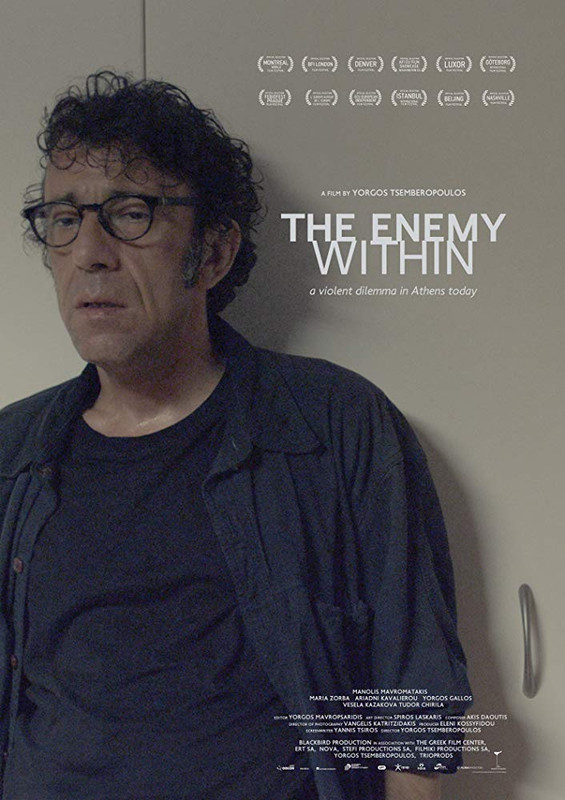 Since bursting into wider consciousness with Dogtooth (which I saw at LFF 2009), Greek cinema has been impressing with what has been called the 'weird wave'.  The Enemy Within takes up some of the stylistic tropes of that wave, but is overall rather more conventional than many of the films we've lately seen from Greece.

The story unfolds in low key fashion, documenting the way that anger and fear drive Kostas (Manolis Mavromatakis) to disturbing, destructive action after a gang breaks into the home he shares with his wife and teenage children, robbing and assaulting them and raping his 14 year old daughter (Maria Zorba).  Kostas is egged on in his vengeance by a neighbour (Yorgos Gallos) who has been obsessed with security since a similar incident happened to him.

The Enemy Within plays in genre much more than most of the recent films we've seen in the Greek New Wave.  Ultimately it's a vengeance film, though an atypical one, and like most vengeance films it's about more than just the surface.  In this case, like much current cinema from the region, the film seems to reflect the Greek economic crisis in several ways.  Yorgos' right wing neighbour, who rants about immigrants, is likely a member of Golden Dawn and the whole thrust of the story; the rising incidence of home invasions and the extreme protective instinct around property could be seen as a comment on the way Greek society is reacting to suddenly having much less to go around.

This all plays under the surface though, and the thrust of the film is still Yorgos' ever building anger and the way it threatens to destroy his life when it explodes for a moment.  This is largely depicted through an excellent inheld performance from Manolis Mavromatakis, more sad than scary as the frightened patriarch.  The other leads also turn in fine work.  Yorgos Gallos is the standout, giving a troubling performance, casually justifying a violent response in a way that, at least to begin with, seems frighteningly reasonable.

About half an hour from the end, with the plot twisting in interesting ways, the film seems as though it's about to go all Rolling Thunder on us, then it pulls a reversal, ending with its quietest scenes, which, as is the way of vengeance movies, leave things on a morally thorny note.

There isn't much here that we haven't seen before, but the spare style – broken by the early rush of violence of the home invasion, effectively intercut with the quieter aftermath – strong performances and a very good score all add up to make it a worthwhile and more easily accessible entry in the Greek New Wave.
★★★★☆ 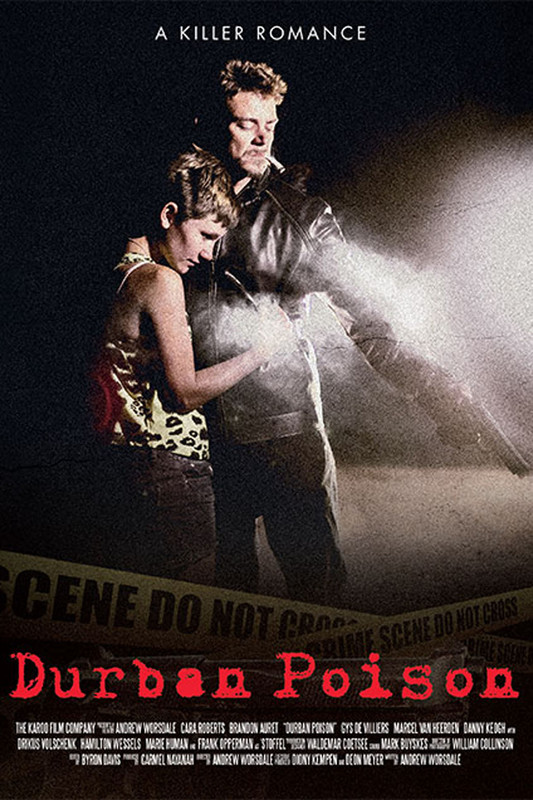 The film unfolds after Pieter (Brandon Auret) and Jolene's (Cara Roberts) killing spree has ended in arrest and they take the Police on a tour of the crime scenes, relating what happened, though the Police suspect that the whole truth is not coming out.

To be fair, Durban Poison doesn't start badly.  The opening scene; a montage of images that seem to come from right across the film's timespan of roughly four years, with a focus on the couple being booked after their arrest, plays out silently under the credits, suggesting at the very least that there is a visual sense at work here.  Not, perhaps, a hugely original one, but still effective.  The opening half hour then goes on to set up a multi-stranded narrative, with questions from the Police prompting flashbacks and an interesting relationship seeming to develop between Jolene and the Police Captain leading the investigation.  All of these things quickly go off the rails.

Durban Poison begins to fall apart once we flash forward in time and establish that Pieter and Jolene are now married with a baby.  This threw me.  No jump in the timeline is ever indicated so the child simply arrives out of nowhere.  Equally unhelpful is the fact that the first time we see the baby is in an all but silent scene.  I initially assumed that the camera was going to cut either to a kidnap victim whose child this would be or to a friend for whom Jolene and Pieter are babysitting, so badly established is the whole thing.  I wouldn't bang on about this so much, but it seems to set a pattern for the rest of the film.

The relatively even juxtaposition of the two timelines is abandoned, the focus thrown on the flashbacks, unbalancing the film and making the actions of the Police increasingly, hilariously, inexplicable (they let Jolene go swimming in the sea because, sure, that's procedure).  Even the performances seem to suffer, Auret and Roberts now struggling, though with some admittedly very rote dialogue.

The idea, seeded early on, that there might be more to the story than Pieter and Jolene are letting on seems to be forgotten for much of the last hour of the film, only to resurface in the last scene, in the most obvious way possible.  This also reflects the larger problem with the storytelling, events unfolding in what feels like a series of isolated scenes rather than a consistent narrative flow.  Overall it almost seems, after finishing the opening half hour of his film,  Andrew Worsdale simply gave up.

It's a pity Durban Poison ends up being such a let down, because there's the kernel of something good here.  The basic story is interesting, and I'd like to find out how closely Worsdale stuck to the facts (the film, though it never says so, is based on a real case).  The performances are variable, but I suspect that's a writing and direction issue and the first act of the film suggests rather better things than the last hour can deliver.  If Worsdale decides to wait another 30 years before stepping behind a camera again I shan't be crying over the loss.
★★☆☆☆
Posted by Sam Inglis at 11:27