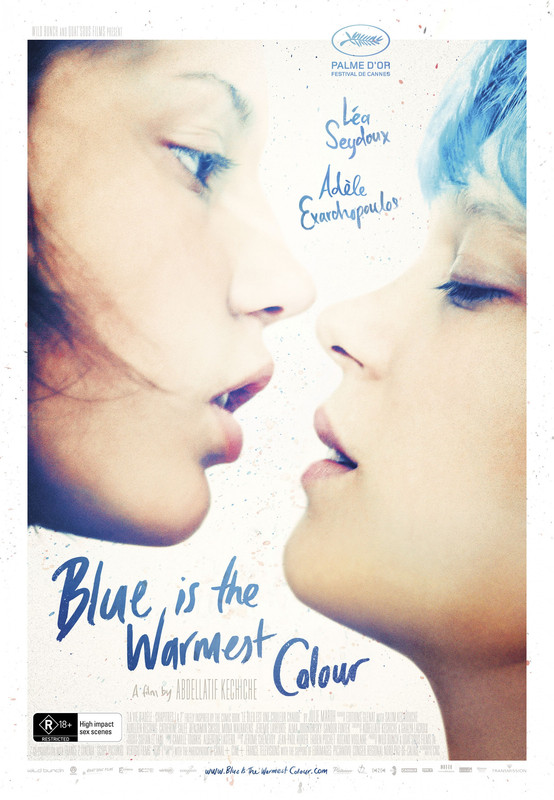 This was one of my most anticipated films of the London Film Festival.  Leaving aside the stellar word from Cannes and the unprecedented decision to award the Palme D'Or to the film's stars as well as its director I'd still have been desperate to see it, because Blue is the Warmest Colour seems to be built entirely out of things I find interesting.  I am, as some of my LFF reviews will attest, an absolute sucker for a coming of age movie and you could make the case that no country produces interesting examples of the genre with greater regularity than France.  I'm also interested in controversial, boundary pushing, cinema of all kinds and given the discussion that has surrounded its sex scenes and the actresses comments on them I wanted to see it in order to be a part of that discussion.  Unfortunately Blue is the Warmest Colour turned out to be, despite several inarguable qualities, one of the more disappointing films of the festival so far.

The French title - La Vie D'Adele - is much more descriptive of what this film is.  Spanning several years, the film focuses on Adele (Adele Exarchopoulos) from the age of 17 and especially on her intense relationship with Emma (Lea Seydoux), her first with a woman.  The relationship is depicted in intense and explicit detail over the film's generous 179 minute running time.

If there's one thing that you can't deny about this film it's that the two leading performances are exceptional.   Adele Exarchopoulos is a real find, she's so beautiful that it almost seems as though she's been put together as a photofit from the constituent parts of other incredibly beautiful faces, but there is much to be found behind that dazzling facade.   Exarchopoulos gives an unaffected performance that switches gears effortlessly, sometimes in a moment, from casual to intensely emotional.  There is an especially effective example of this when, having qualified as a teacher, she is saying goodbye to her students for the summer and as soon as they leave breaks down in floods of tears (they're not about the students).  She's possibly most effective when her passion is at its height, be it when Adele begs Emma not to break up with her or a late scene in a cafe when she attempts to get the relationship back, but she also has a lightness of touch that comes through when Adele is teaching or spending time with friends.  It's a noteworthy debut and I'm looking forward to seeing what  Exarchopoulos does from here.

Lea Seydoux enters the film surprisingly late, but she's equally strong as Emma, particularly in early scenes as she seems to be feeling out whether Adele is just a bi-curious teenager or really worth investing time and feeling in.  There's undeniable chemistry in these early scenes, accentuated by Kechiche's extensive use of close ups to show the gaze that each of the women is casting at the other.

So, with all this praise, what's the problem?  There are several answers to that, which I'll try to get into, but the ultimate one is somewhat ephemeral: I just didn't feel it.  Despite the quality of the performances, despite the chemistry, despite the detail – sexual and otherwise – I never really engaged with Adele and Emma's relationship, never found myself caring whether they ended up together and never felt the stakes come the inevitable third act break up scene.  That scene is one of the best acted of the year, but throughout it I struggled to figure out why it wasn't working at an emotional, rather than a technical, level.  I'm still not sure I have the answer.

The same issue persisted with the sex scenes.  During the first, which is about eight minutes long, I found myself thinking 'two beautiful women are having very explicit sex, why am I bored?'  Part of this may be down to the fact that I know the actresses had a bad time making these scenes.  Because I was already feeling outside of the film I found my thoughts drifting to what they had said, ten days on set, that they were uncomfortable, their fractious relationship with Kechiche.  This is, perhaps, more a problem with the prevalence of film news online as much as with the film, but had the film been working I doubt it would have crossed my mind. 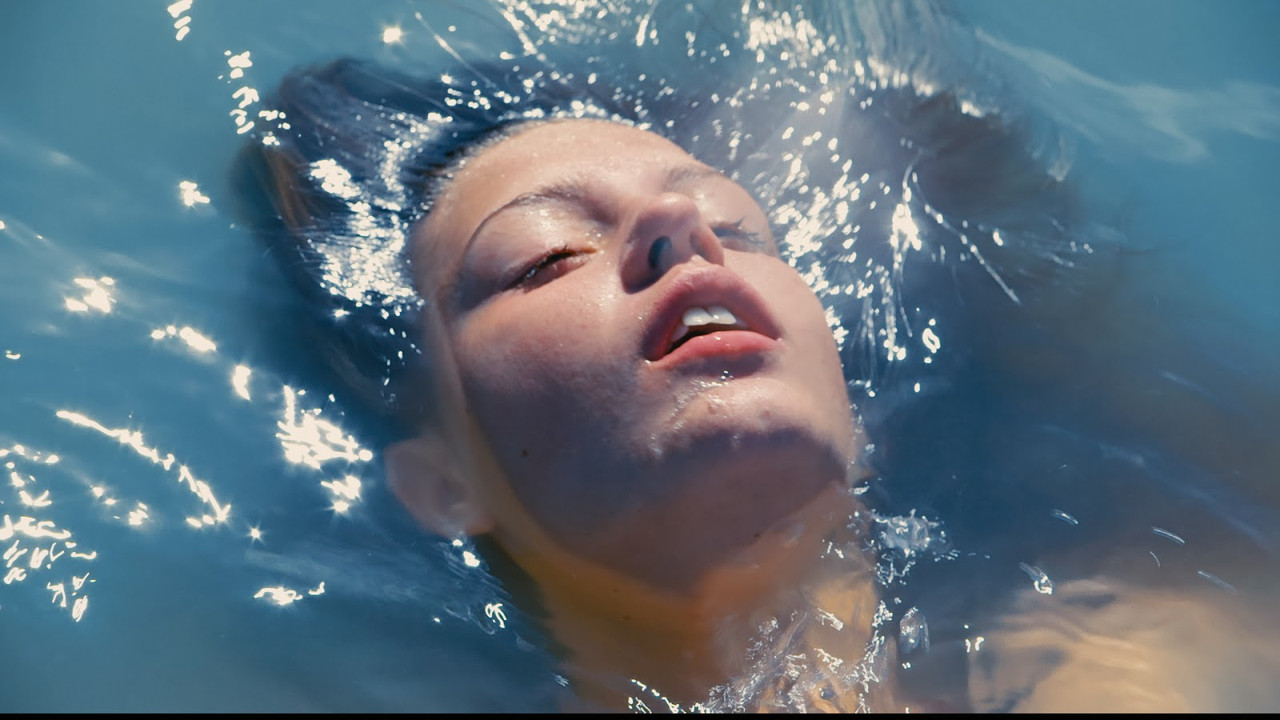 The biggest tangible problem with the film is its running time.  When I described it as a generous 179 minutes I forgot the word absurdly.  The slow burn works nicely for the first hour, detailing Adele's unfulfilling life at school and with a casual boyfriend, as well as the first stirrings of her attraction to women.  Unfortunately in the last two hours the film slows to a crawl.  I can see the point of showing Adele's work, but the amount of scenes at the school seems excessive and after a certain point adds very little to the picture of her as a character.  Every individual scene is also indulgently long.  This is a film you could cut heavily and not lose a single scene, for instance, does a party scene with Emma's friends tell us any more at eight minutes than it would have at five?  I doubt it.  As slow as it can be, the film grinds to a halt in its last twenty five minutes, which drag on and on, adding nothing, long after the cafe scene which is the (or should be) emotional culmination and natural end point of the story.

In its three hours, Blue is the Warmest Colour breaks little new ground.  It follows every expected beat, apparently hoping that doing so at great length and with some extremely explicit scenes will make it seem more novel than in fact it is.  It has many undeniable qualities, and if it connects with you emotionally then you will likely find it absorbing.  I found it frustrating and frequently dull, but exceptional performances from Exarchopoulos and Seydoux just scrape it an extra star.
★★★☆☆