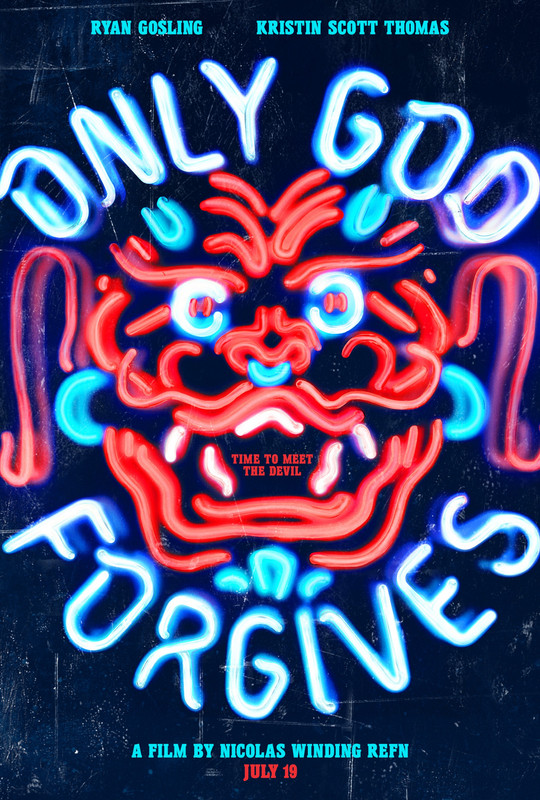 Nicolas Winding Refn seems to have been anointed, courtesy of the spectacularly overpraised Drive (which, for me, revealed itself on a second watch as a great mixtape and a study in style over substance) as the film geek's new auteur of choice.  For some, Only God Forgives will destroy that status, for others it will cement it.  This is not a film destined for many 3 star reviews, and that's the one thing I will give Refn here: this is clearly exactly the film he wants it to be.  The problem is that I found it near unendurably tedious.

The plot is bare bones at best.  Julian (Ryan Gosling) is a criminal living in Thailand.  One day his brother rapes and murders a 16-year-old prostitute and is in turn murdered by the girl's father, a killing arranged by the local Police chief (Vithaya Pansringarm).  Julian's mother (Kristin Scott Thomas) arrives from the US, and berates Julian for not killing the man who allowed his brother's murder.  As Julian searches for him the Police chief brutally kills his way through the underworld.

That paragraph actually makes Only God Forgives sound more action packed and engaging than it is.  Honestly you could write the plot on the back of a postage stamp: people walk - SLOWLY - between places and kill each other.

Refn, to offer credit where it's due, builds a consistent visual world for his character.  Only God Forgives is composed to within an inch of its life, every shot is meticulous, every shaft of light calculated.  This has led some to compare it with Stoker.  The difference, for me, is that Stoker offers more than its style; the characters and performances intrigue, the mystery and tension of the plot draws you in and the jaw dropping visuals are the icing on the cake.  Only God Forgives is all icing.

At the centre of Only God Forgives is a huge gaping void where character should be.  The most developed character is played by Kristin Scott Thomas, whose one note bitch of a mother is taken, like much else in the film, to a place of such risible exaggeration that it's almost funny.  Almost, but not quite, because Scott Thomas, camping every line up to the nth degree and chomping the scenery with great zeal, is terrible here.  This is one of our finest character actresses, but you wouldn't know it from this - to be fair that's because she barely has a character to play - but her efforts to drum something up from the barely there script felt ludicrous and fell completely flat for me.  There's a sense that both she and Refn are going hell for leather to be as outrageous as they can, but it comes off as so calculated that all there is to see is them screaming 'look how outrageous I am'.

Ryan Gosling, and the rest of the small cast, go in completely the opposite direction.  Gosling, like Scott Thomas, is a legitimately great actor, but with this coming on the heels of Drive and (the rather better) The Place Beyond The Pines, he's in serious danger of becoming a one note presence.  I suspect that his reticent, almost emotionless (hell, almost motionless) character is supposed to be enigmatic, but again to me it feels like no more than a facade.  For all that Gosling contributes, even when it comes to facial expression, you could almost have replaced him with a cardboard cutout for most of the running time, as he stands or sits, registering no expression, no emotion and barely speaking.

This lack of expression and of variety pervades the film at all levels.  For as great as it looks, Only God Forgives quickly becomes boring visually because almost every shot looks broadly the same; drenched in garish (usually red or blue) neon.  Yes, Refn establishes a consistent look, but you can craft a visual identity for a film, even for an entire body of work, without making 85% of a film look tediously samey, it's about finding variety in how you use elements of a look, and for me Refn fails to do that here. 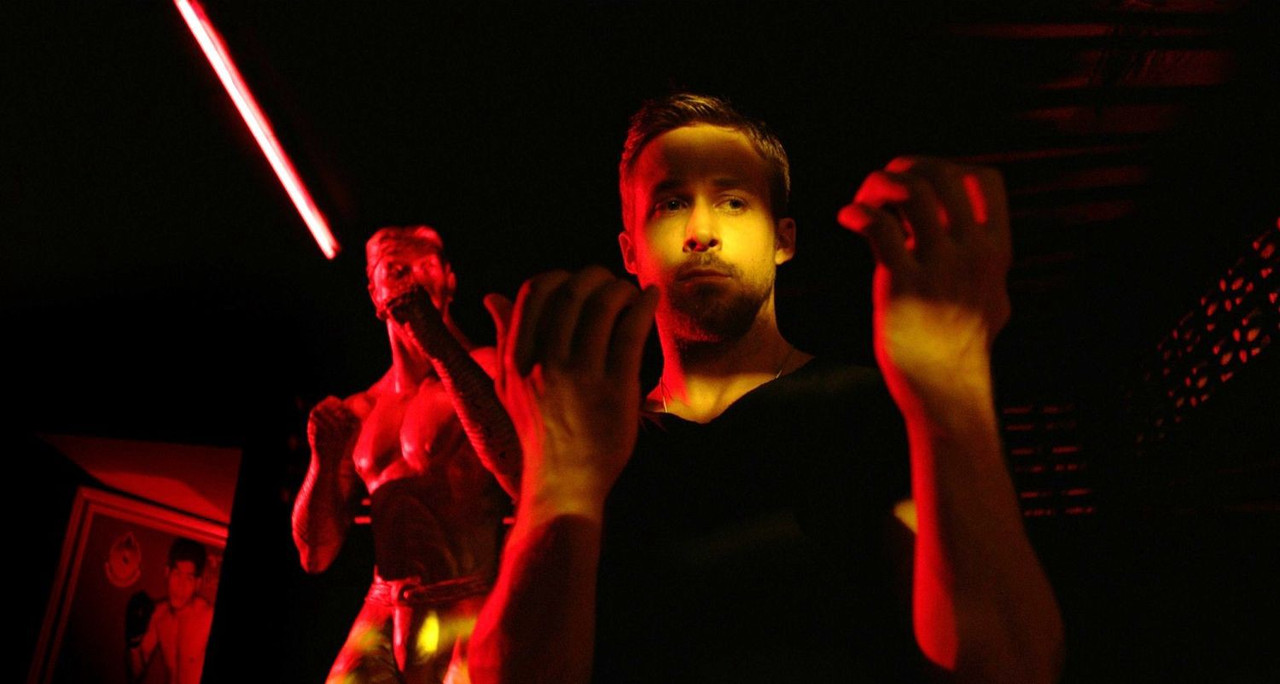 It also doesn't help that the film moves like a snail on tranquillizers.  I've said before that a film being slow is not, in and of itself, a problem, sometimes you need to move slowly in order to establish plot, build characters and draw the audience into the film's world (Zodiac, for instance, stands out as a great example), but Only God Forgives doesn't do any of that.  Instead, it seems to depict a world in which everyone moves as though they were underwater.  If everyone moved at normal speeds and if they spoke like humans, without endless pauses between sentences then it would probably be half an hour long (and better).  I'm sure that the pace is such as it is to allow you to get sucked into the images, but they're not that special - certainly there's nothing here that drew me so completely and immediately as Stoker's opening sequence - and they're ultimately uninteresting because I never felt I was gaining any insight into the film or the characters by studying the images.

Because the characters are such blanks the revenge narrative holds no water, and comes to life only very briefly with a decent fight scene set to a very cool piece of music by Drive composer Cliff Martinez, but that may as well be a music video, because there are no stakes, nobody to root for, nothing to care about.  This goes double for the other violent sequences, in which pain is meted out to characters with (if such a thing is possible) even less personality than Julian.  It's not that it's incompetent, it just lacks any weight, even within the world of the film and without that, who gives a shit how well-made and how pretty it is?

Had there been something behind the style many of the other problems of Only God Forgives may well have become virtues, but frankly all I can see behind it is Nicolas Winding Refn begging me to tell him how clever he is.
★★☆☆☆
Posted by Sam Inglis at 16:32