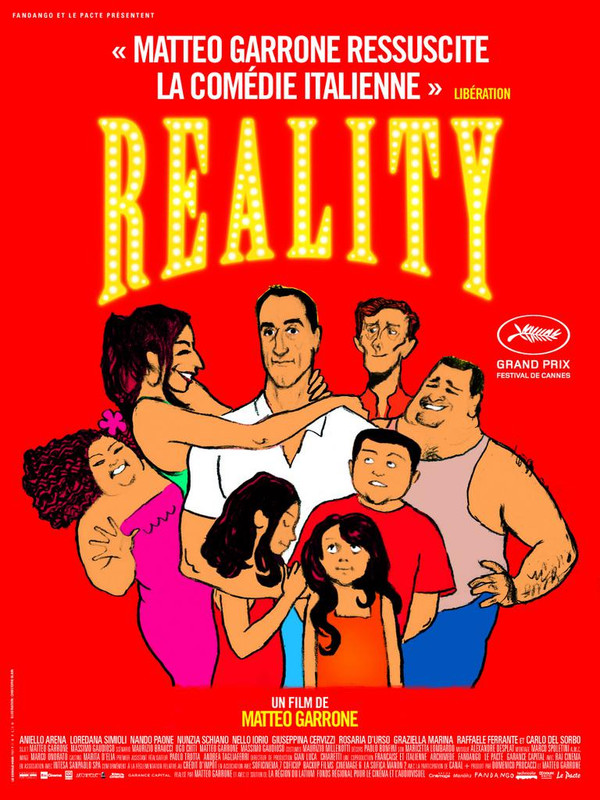 This seems like the easiest job in the world, right? What do you do for work Sam? I have opinions, cushy, huh? That's until I come up against something like Reality, and find myself struggling to define my opinion. Can I see why many of my fellow critics liked it so much? Yes, and I can also see that it is going to be a real crowdpleaser, but I can't for the life of me get on board that train, and, more problematically, I'm struggling to sum up exactly why that is.

Reality is certainly an odd thing for Matteo Garrone to follow (the rather overrated, sorry) Gomorrah with. It could not be more different in story, approach or tone. The film follows Luciano (Aniello Arena), a fishmonger in his mid-thirties who is goaded by his young children into auditioning for Italy's version of Big Brother. He gets an audition in front of the producer in Rome, and becomes convinced that he's going to be on the show, but his status as a local celebrity and the expectation of being on the show soon result in Luciano becoming delusional.

From the start and throughout, Reality is a cacophonous and pretty one note satire. Did you know that in the modern world we're so obsessed with empty celebrity that people will ruin their lives pursuing it? I sure did. That said, the other problem is that the situation that Luciano puts himself into is so extreme (especially given the lack of interest he has at the beginning of the audition process) that it rings rather false. It doesn't help that, like the screenplay, the acting is all rather overblown and the dialogue often a battle of shouted voices; the effect is pretty abrasive, and makes the film at times grating and at others actively annoying. Approaching the film from a British cultural point of view presents another problem, in that it's tough to buy into Luciano's obsession when it has been about 8 years since Britain gave the tiniest of fucks about Big Brother.

As I said above, I can see why people have warmed to the film. There are some funny moments, thanks to the extremes that Luciano goes to, especially when he follows a former Big Brother contestant named Enzo when he's making a public appearance at a nightclub. To Garrone's credit, the film doesn't go entirely the way you'd expect (though this is a mixed blessing given an ambiguous ending which, for me, really didn't work) and Arena is excellent as Luciano, giving the very best of himself and holding the attention with a charismatic, if never sympathetic, performance. There are also some quirky side plots which are entertaining, though they do tend to get shunted out of the film unceremoniously (a plot about a racket Luciano has going on fencing kitchen robots is fun, but forgotten about in the second hour).

Ultimately, for me, Reality presented a deeply unsympathetic character, surrounded by others I didn't like much more (even my sympathy for Luciano's wife went by the wayside by the end of the film), none of whose storylines – especially the sort of collective madness which seems to grip the town in the film's second act – I really believed in. The satire felt blunt, and the point rather obvious and overstated, and for all the sense that I ought to be having fun here I simply wasn't. Sorry.
★★☆☆☆ 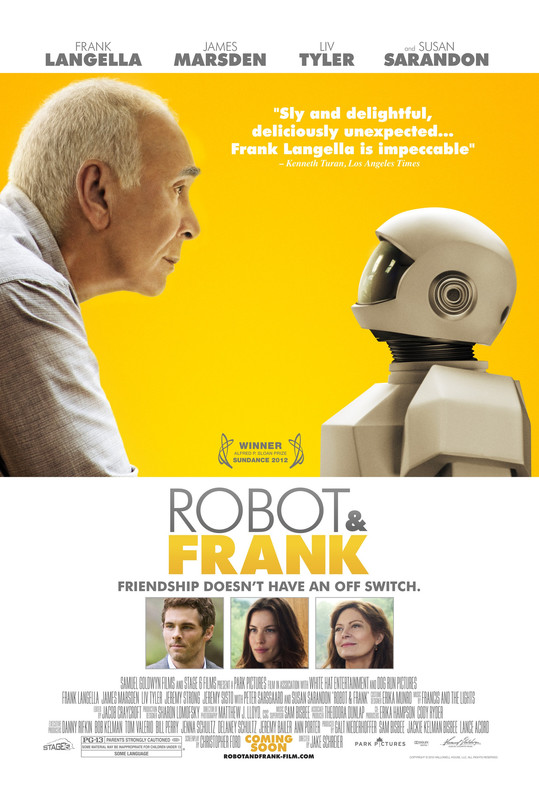 Robot and Frank is likely to be one of the big popular hits of this year's London Film Festival, and that's really because it has something for just about everyone; it's odd and offbeat enough for the indie movie fans, but also traditional and gentle enough for them to take their parents to.  It's funny, but it also has moments of drama and pathos, and it has a few reasonably surprising plot turns, but there's never anything that will have you scratching your head.  It's a pretty safe movie, but still one that is perfectly charming, engaging, and entertaining.

Frank (Frank Langella) is in his early seventies, and in the early stages of Alzheimer's so, this being the near future, his son (James Marsden) gets Frank a robot caretaker (voiced by Peter Sarsgaard) who will ensure that Frank's body and mind stay active.  Frank has other ideas, until he realises that he can teach the robot to be his partner in his old occupation: burglary.

Robot and Frank is at its best when focused closely on its title characters, the interaction between the two follows a pretty predictable pattern (Frank hates the Robot, then comes to tolerate it, then finds it useful, and eventually they become 'friends'), but we're seldom more than a minute away from a funny line when the two are on screen together.  Langella seems to be having a wonderful time as the cantankerous Frank, and the way he talks Robot round to his ideas is very funny, but Langella also gives a nice dramatic performance, not overplaying Frank's illness, but letting us see the toll it takes in a subtle and subtly moving way.  Sarsgaard is also excellent, and manages to mine laughs with little in the way of intonation (the robot doesn't have emotions, of course) to help him out.  The film's funniest scene really belongs to Sarsgaard, as Frank tells his Robot to strike up a conversation with a Robot working at the library.

The supporting cast is largely solid.  James Marsden continues to show that he's a better actor than X-Men ever let him demonstrate and Susan Sarandon and Jeremy Sisto are their usual reliable selves.  On the downside, Liv Tyler seems half asleep as Frank's daughter and Jeremy Strong is gratingly OTT in a small (but not small enough) part.  The trappings are reasonably original, but Robot and Frank breaks no new ground as a story, and maybe that spark of originality is what's missing for me because, as much as I enjoyed watching it, as much as I laughed and was a little moved, I can't say I loved the film, or can really imagine watching it again.  It's a pleasant afternoon at the cinema, no more or less.
★★★☆☆
Posted by Sam Inglis at 22:38