These reviews of films playing at the London Film Festival are from viewings on the online press library. The festival runs from October 2nd-13th. You'll find links to tickets for these films at the end of this post. At time of writing, tickets are still available for Push the Button, the short films programme featuring Olla. Cold Case Hammarskjöld is sold out, but returns may be available on the day. 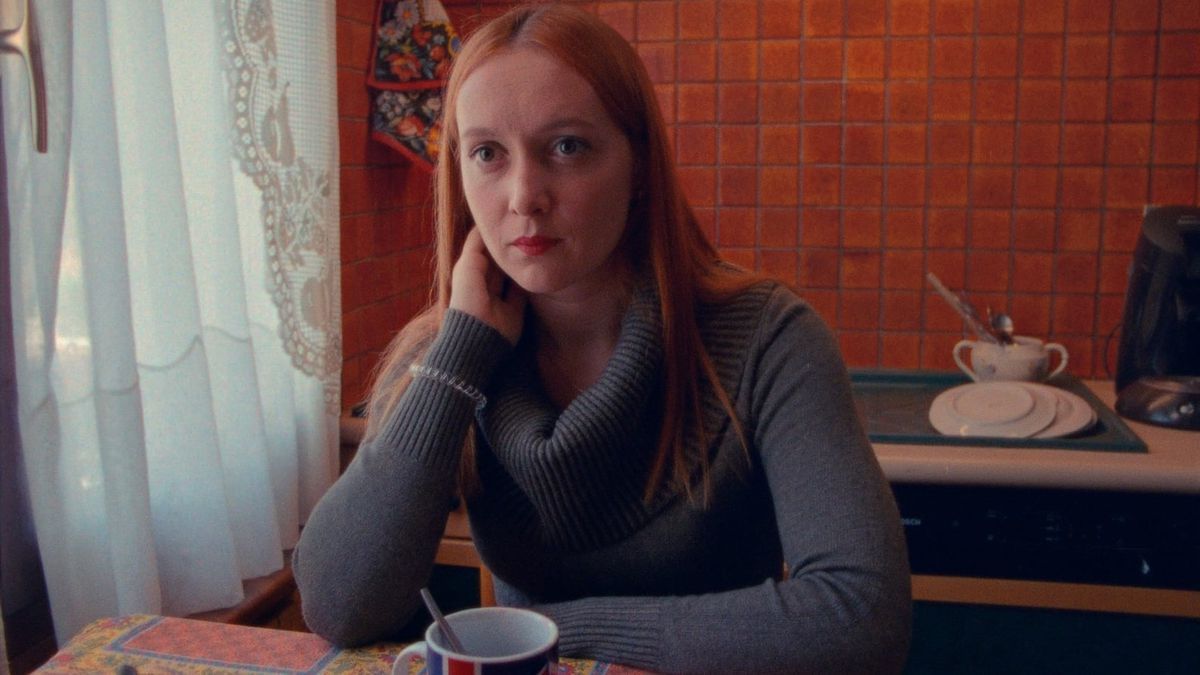 In 2010 and 2011, Ariane Labed burst on to the international film scene with leading roles in Athina Rachel Tsangarai’s Attenberg and Yorgos Lanthimos’  Alps. It is perhaps no surprise then that this half-hour short, her debut as a writer/director, should bear their influence.

Olla (Romanna Lobach) has just arrived in France from Ukraine to live with Pierre (Grégoire Tachnakian), a man she met online and his infirm and elderly mother (Jenny Bellay). Bored, cut off from Pierre by the language barrier, and clearly annoyed by his suggestion that she be called Lola so she seems less like an immigrant, she ventures out of the house and ends up doing more than exploring the town.

Though the deadpan black comedy and sometimes stark shooting style recall her collaborators work, Ariane Labed is no karaoke director. Most notable in her style here is an often bright and bold colour palette (starting with Olla’s striking red hair) that sometimes acts to undercut the darker elements of Olla/Lola’s experience. That said, there are moments that showcase the same sense of humour and stylistic influence of Lanthimos or Tsangarai. Most notable among them a one shot sequence in which she practices dancing, Pierre’s mother impassive in the chair as Olla gyrates to a foreign version of What is Love. Another darkly funny touch comes in repeated sequences of Olla being catcalled, the group of men all shouting in unison, first telling her how hot she is, then yelling that she’s a slut. The repetition turns them into something like a greek chorus, but also allows Labed to make a serious point about how women are often made to feel they are always on display.

At just half an hour, Olla doesn’t quite have enough room to grow. A feature version could flesh out the various plot points, especially the relationship between ‘Lola’ and Pierre, but this is a strong debut for Labed, anchored by a very good performance from Romanna Lobach and points to promising things from both of them.
★★★½ 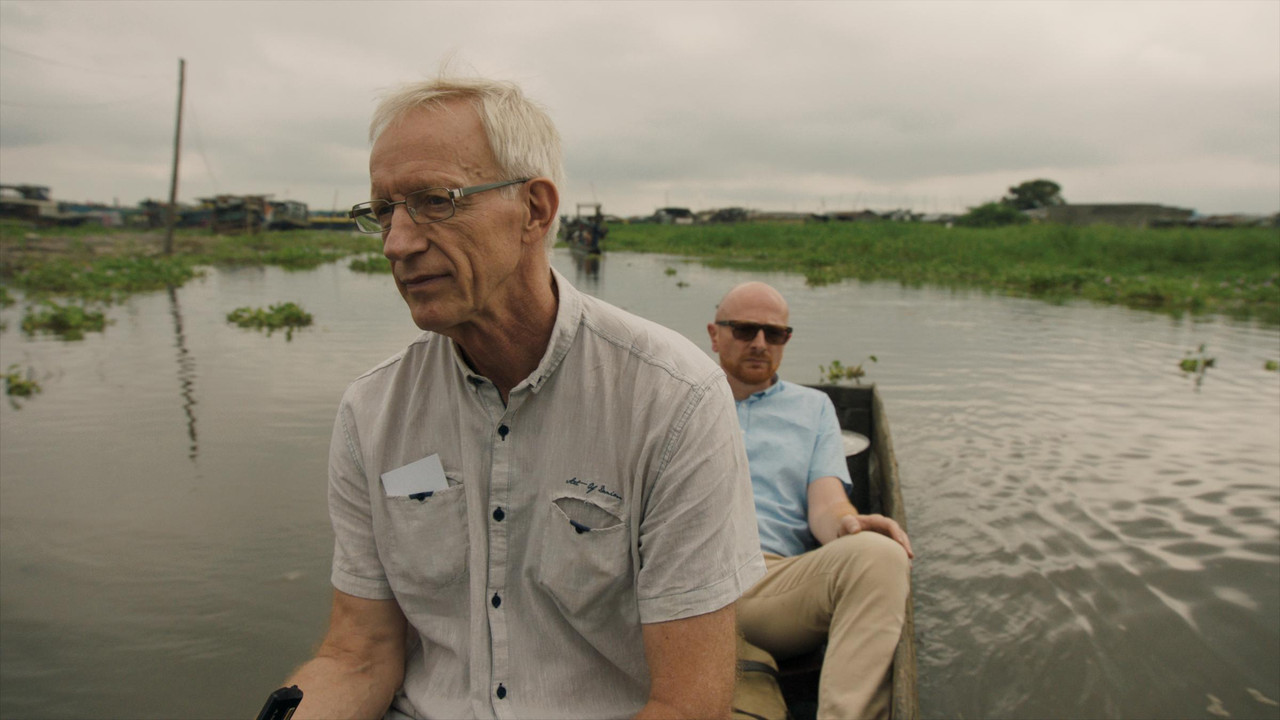 Through Netflix and a mass of popular podcasts, the true crime documentary has become one of the dominant forms of non-fiction storytelling in recent times. That is, in a way, what Cold Case Hammarskjöld begins as. The setup has director Mads Brügger and Swedish private investigator Göran Björkdahl reinvestigating the suspicious death in a 1961 plane crash over of UN Secretary General Dag Hammarskjöld. As Brügger admits right up front, this may be a very dark and far reaching crime, or it may simply be a tangled conspiracy theory.

There is, buried somewhere in this film, a compelling (potential) murder mystery. It definitely seems that the official story of Hammarskjöld’s murder is at best incomplete and deserves further and more rigorous and public investigation. Unfortunately not only does the film get distracted frequently, venturing down multiple rabbit holes, it also presents the central thrust of the mystery it sets out to investigate shockingly poorly. Throughout, Brügger uses a framing device that sees him have two (why two? he doesn’t know) secretaries type up the narration for the film, as we see him speak it. This totally redundant device slows the pace of the film badly, and only ever serves to restate things that it would be much better off simply presenting to us from the documentary and interview footage gathered.

The first half of the film is incredibly dull, with only tiny bits of information sneaking out between sequences of the director apparently structuring his film as we watch it. This might be less irritating if he structured it better. The second half of the film is more compelling. Brügger delves further into the South African Institute of Maritime Research—a shadowy mercenary and spy organisation that may have had a hand in Hammarskjöld’s death and other even darker crimes. He does manage to clearly establish that this organisation existed, but everything else is on very shaky ground. The one person he’s able to talk to at length tells a good story, but offers nothing to back up what he says, and worked for SAIMR decades after the plane crash that killed Hammarskjöld. Even this content is frustrating though, with Brügger fixating on details like how the man he believes was the head of SAIMR dressed completely in white at all times.

Again, the film can’t concentrate. If the rabbit hole it explores in the second half is true, then it’s one of the biggest and most disturbing scandals I’ve ever heard of, which is why it needs far better sourcing. What Brügger does is less robust investigation and more speculative join the dots. We see things laid out as note cards, but it wouldn’t be a surprise to find this film laid out on a conspiracy theorist’s wall, with red string joining the various elements up.

Strip out the self-indulgent framing device, impose a robust structure and concentrate on the one thread of the story that the film at least manages to pose relevant and important questions about and there might be a solid podcast episode or short documentary in this cold case, but the pure theory that surrounds it and the terrible presentation means that, at two hours, this is a largely unedifying test of patience.
★½