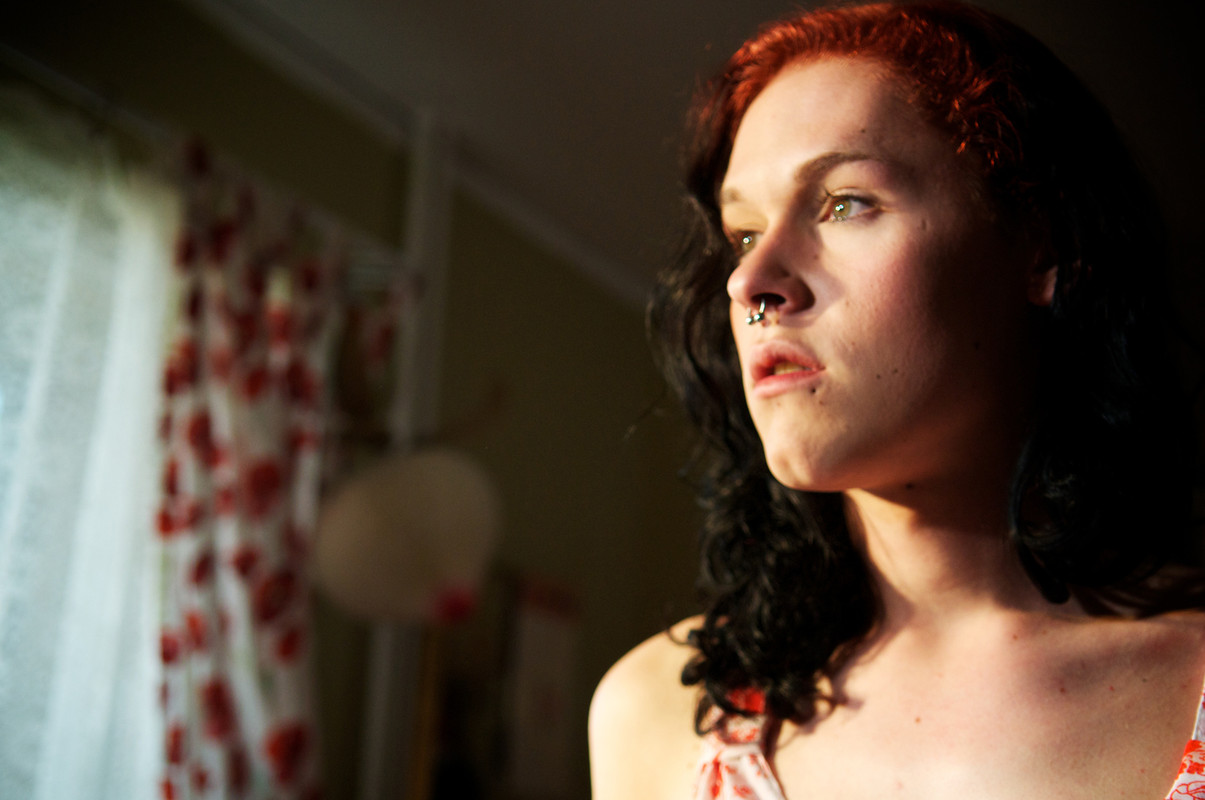 I missed director Ester Martin Bergsmark's previous film, She Male Snails, but from what I have heard it seems clear that Something Must Break, challenging as it often is, represents something of a step towards the mainstream, at least in form.

Something Must Break is basically a trans coming of age film, in which Sebastian (Saga Becker), who is transgender and wants to be seen as Ellie and Andreas (Iggy Malmborg), who is clear about his gender and says he is straight, fall for each other.  It's a complicated relationship and, at times, confusing for both of them.

Something Must Break's form is conventional, almost to a fault.  We've seen the boy meets girl but it's complicated because [insert reason] story over and over.  The only real departure here is that the girl in this equation has a penis.  The screenplay often stifles what feels like it could be a more interesting film, principally because even the two main characters feel somewhat underdeveloped.  This is especially true of Andreas.  He says he identifies as straight, but we get only a fleeting sense of his struggle with his attraction to Sebastian (he seldom refers to Ellie by her chosen name).  The moments in which this comes through are some of the film's strongest ("you're so beautiful I want to vomit" he tells Sebastian at one point), but they're all on the surface and both the script and Malmborg struggle to give Andreas much of an inner life.

Saga Becker, who, like her director, is trans herself, has a more complex character and does a remarkable job in her first film role.  Much of Ellie's struggle with her identity is expressed silently; in the fact she's Sebastian at work, and initially introduces herself to most people by that name.  Her growing confidence is seen both in her demeanour and in her make up (also by Becker).  Becker is strong in dialogue scenes, but perhaps even more effective silently.  A sequence, perfectly set to a track by Tami Tamiki, in which she follows Andreas speaks volumes without having her say anything for several minutes.

Where the film falls down with Ellie is in the scenes that focus on her away from Andreas.  Sometimes there is a feeling of depressing paint by numbers about these scenes, and the one that does mark itself out is the film's weakest moment; a laughable scene that renders Ellie being pissed on by an anonymous partner as a pseudo-religious tableau.

Ester Martin Bergsmark and her cast certainly go to extremes to explore this story, with explicit sex scenes that likely approach the edge of what BBFC will allow at 18, but it's really just this explicitness that marks Something Must Break out.  Saga Becker does good work, and I'd like to think she can find more acting work, but ultimately the story of Sebastian/Ellie and Andreas is one we've seen before in various configurations.  Some of those films are worse than this one, many are better.  Something Must Break struggles, despite some fine moments, to truly distinguish itself.
★★★
Posted by Sam Inglis at 19:18