I try to watch as many new release films as I can each year, but inevitably there are still big gaps in my cinematic experience and every year I also spend a lot of time trying to plug those gaps by catching up with a lot of older films.

Since discussion of my Top and Bottom 10 of 2013 will be posted in the form of podcasts I decided that this year I'd do something a bit different and run down, in the order that I saw them, the 13 best older films that I watched for the first time this year. 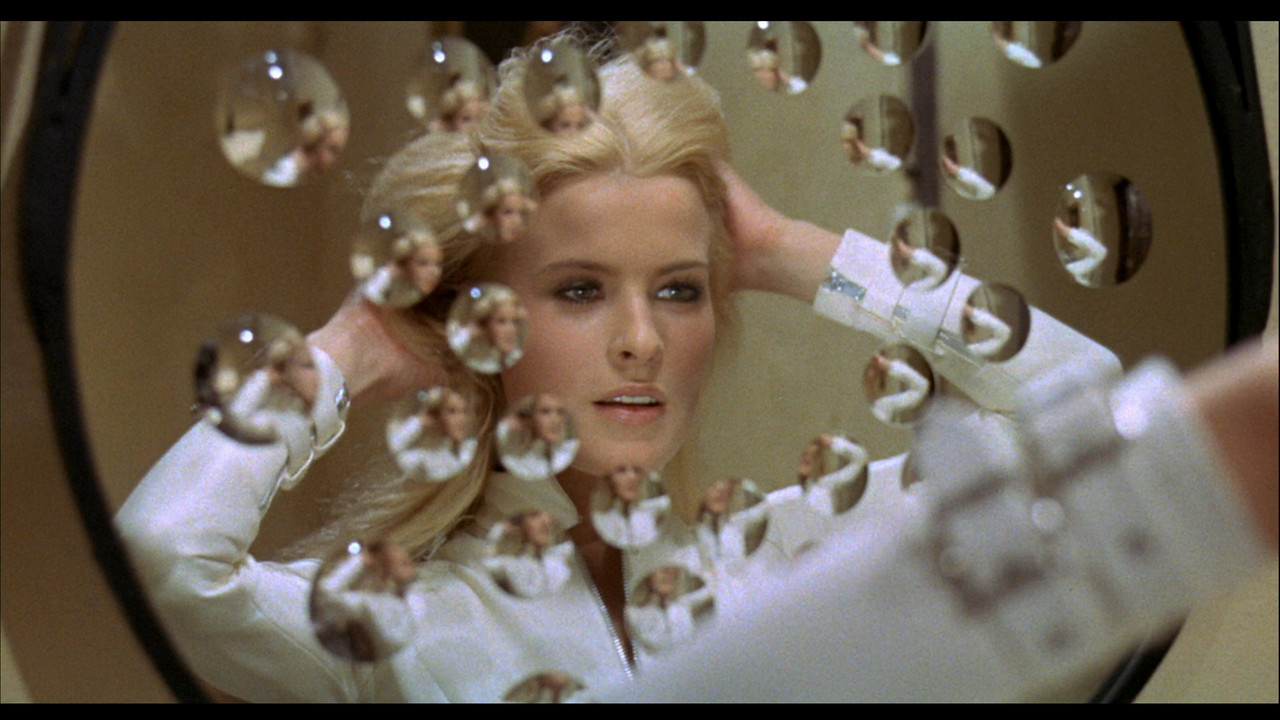 The Radley Metzger films I've seen, both softcore and hardcore, have all exceeded the expectations that you would typically have of sexploitation cinema, but The Lickerish Quartet really stands out.  It's a playful, surreal, film that intertwines film and reality in a way that has much to say about the way we relate to cinema.  The script is articulate and the acting strong, but Metzger's direction really stands out, he may be an exploitation filmmaker, but he has an artist's eye and sense of rhythm. 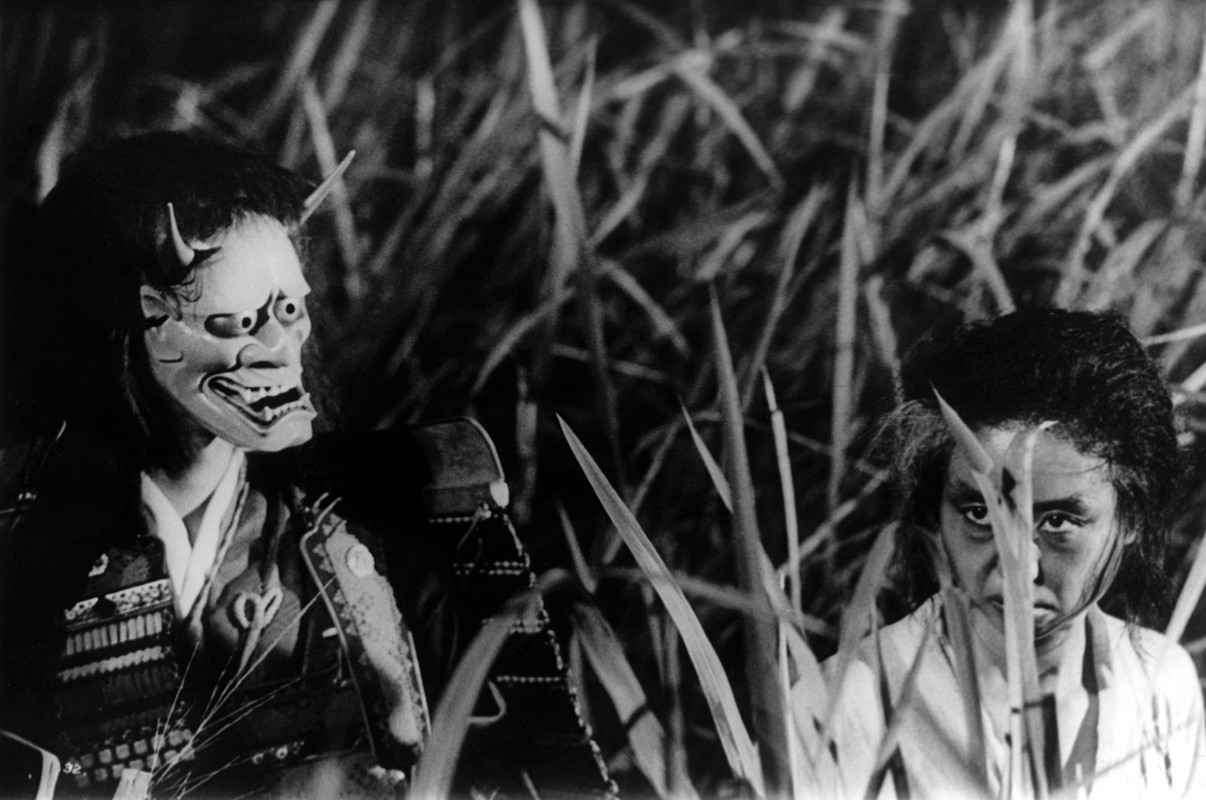 Kaneto Shindo was a great discovery for me this year, and another example of a director whose work I might never have discovered were it not for being a critic (I was assigned several of his films to review for other sites).  Onibaba was the standout; a brilliantly acted drama about a young wife living with her mother in law as they wait for the husband to return from war, which morphs slowly into a creepy ghost story.  It's strikingly shot, with the remote location in the midst of a swamp providing great atmosphere, but the threat also comes through in the performances, especially that of Nobuko Otowa as the mother. 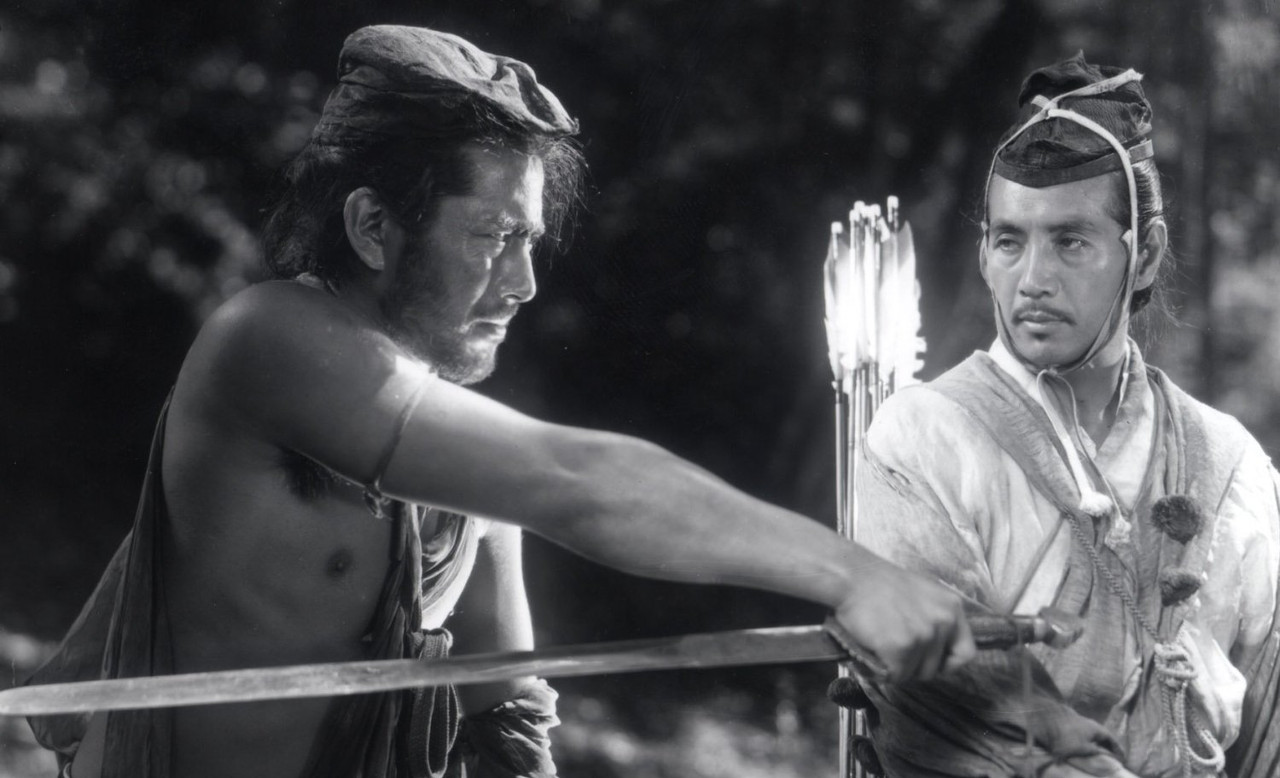 One of the most shameful oversights in my film viewing came to an end this year as I finally saw my first Akira Kurosawa films.  Rashomon is a movie that felt strangely familiar on a first viewing, because I had heard so much about it and seen so many films that spin off its central idea of using varying testimony to explore the 'truth' of a single killing.  That's not to say that Rashomon didn't grip me, from Kurosawa's use of light to Toshiro Mifune's fantastic performance, which manages to be both clownish and menacing at times, it impressed me throughout and made me kick myself for never having seen it before.

The Place Promised In Our Early Days 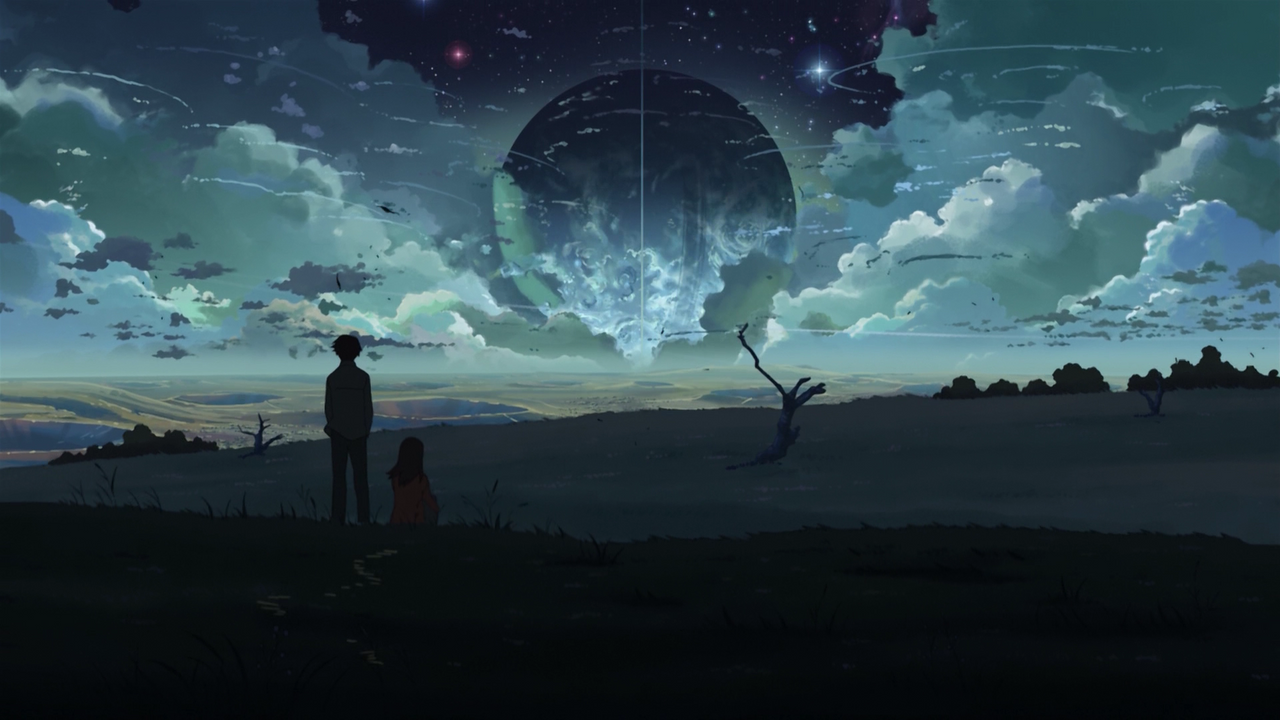 Makoto Shinkai is becoming one of my favourite directors, and is certainly one of the best I've discovered working in anime.  This film takes a grand sci-fi concept and marries it to a teenage love triangle that is depicted - despite eventually also taking place in a dreamscape - in a way that rings almost painfully true and painterly imagery that looks like what would happen if Terence Malick became an animator.  It's quite extraordinary to look at, and tugged my heartstrings in an unforced way.

Sky Captain and the World of Tomorrow 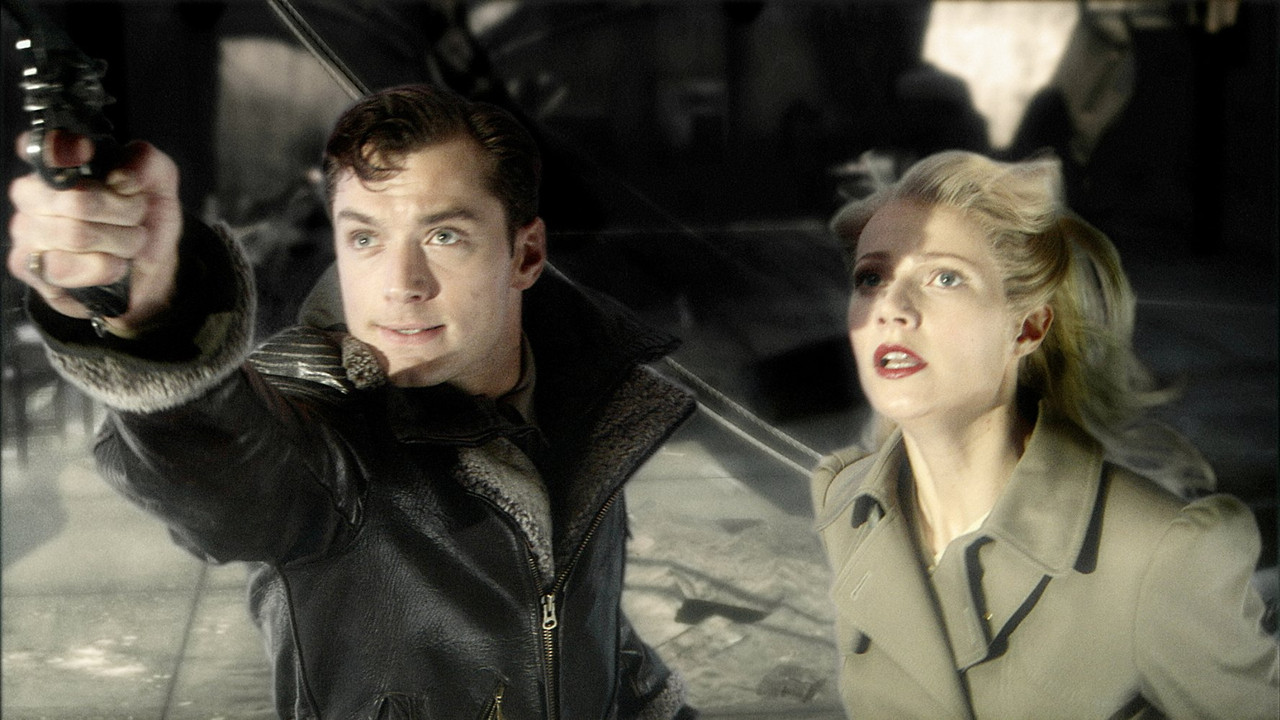 Yes, really.  I passed this one by on its release as it looked like just one more would be blockbuster flop, what I found instead was a witty and relentlessly fun adventure movie that remixed all its influences (expressionism, noir, adventure serials, 50's sci-fi and more) into a distinctive and well realised universe of its own.  The performances are as much fun as the visuals and while it's not always totally coherent the freewheeling fun of the story kept me engaged.  The film Sky Captain reminded me of most was The Rocketeer, and it deserves a critical rehabilitation just as much. 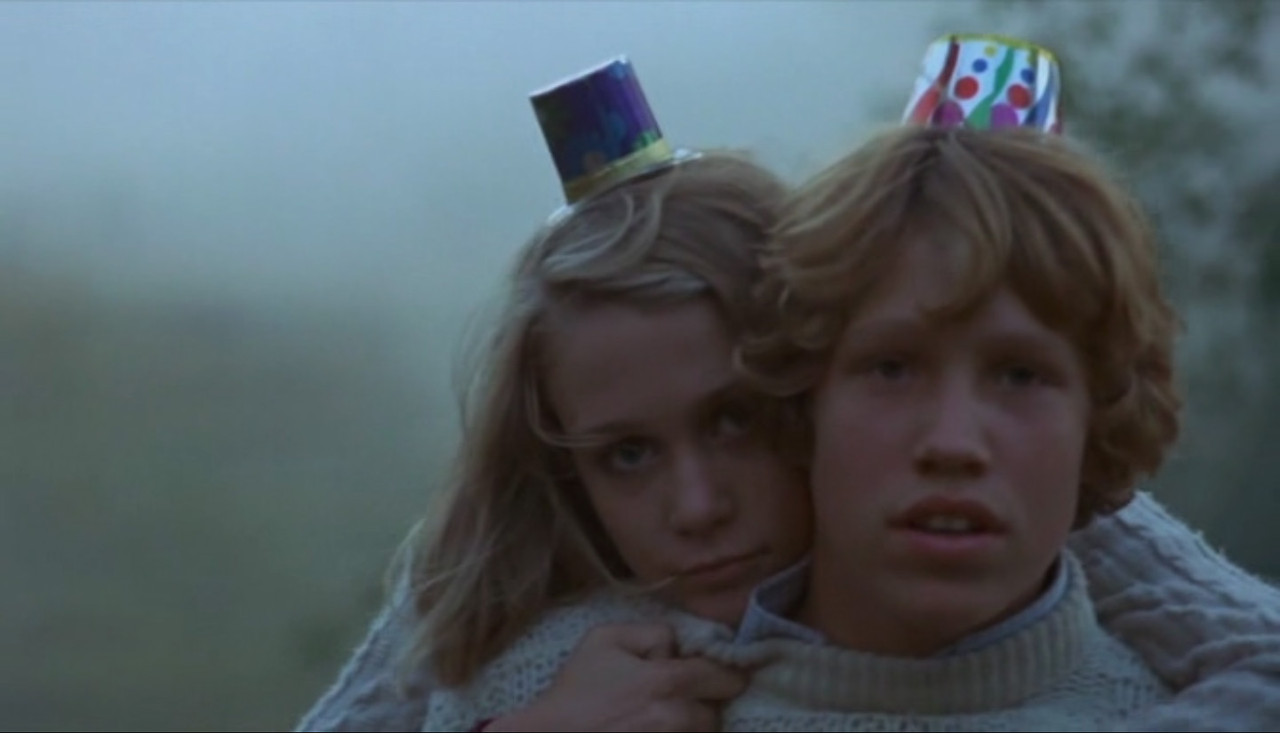 A simple title for a simple film, and I mean that in the best way.  I've always been interested in coming of age stories, and am especially fond of those from Europe and Scandinavia, but I only heard of this film (on Twitter) earlier this year.  On tracking it down I found a heartfelt tale of first love, with the rough edges that Hollywood might smooth left intact.  The two lead performances are brilliantly naturalistic, which is also the approach taken by director Roy Andersson.  The film digresses in its last twenty minutes, but this is the only bad note it hits. 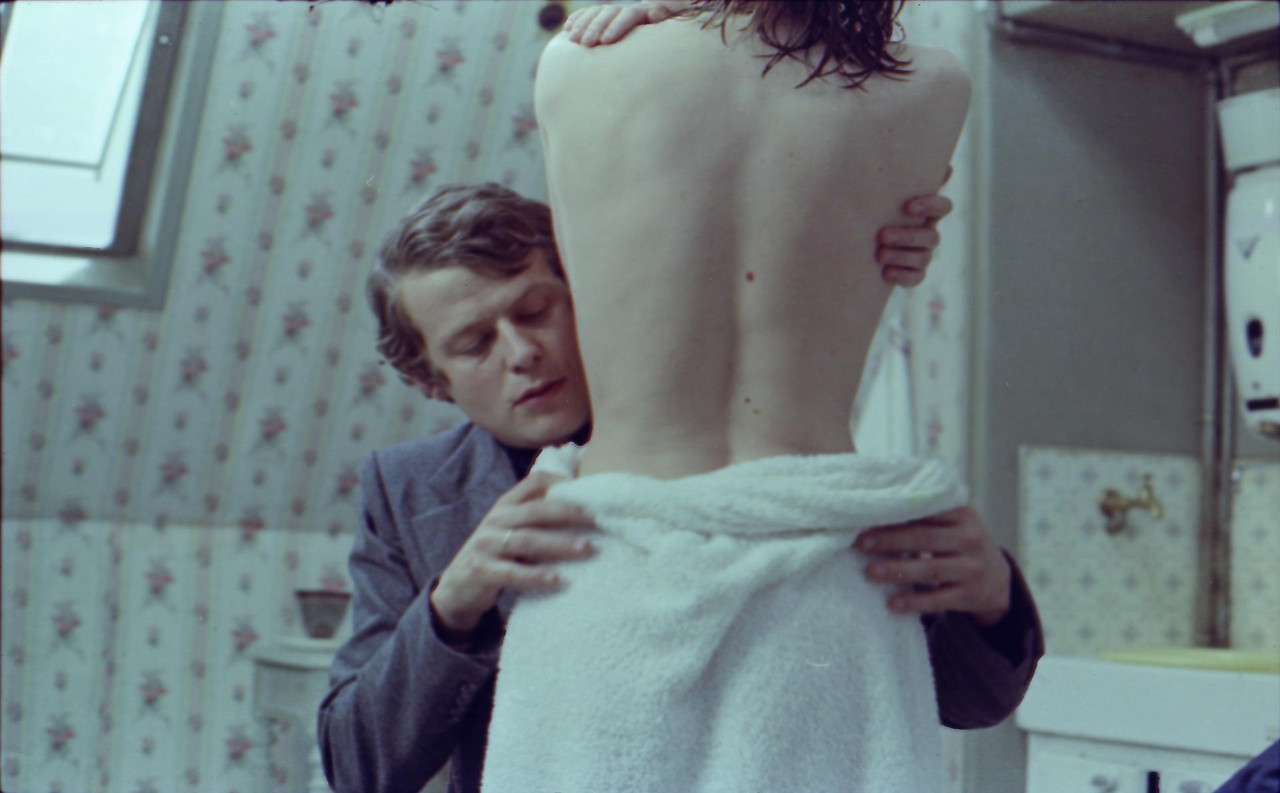 Eric Rohmer was another director that I discovered this year, having only previously seen one of his films (The Green Ray).  I thoroughly enjoyed Pauline A La Plage, but this film, about a man torn between his wife, who he still loves, and a woman he is tempted to have an affair with, was the one that really cemented my interest in Rohmer's work.  As is the case with all of the films I've seen from him, Rohmer manages to take difficult, dramatic, topics that could sit heavily and, while exploring them with great detail and import, treat them lightly.  It's a wonderful tonal balancing act that the director and his actors carry off and I can't wait to see more of it.

From what I had heard about Andrei Tarkovsky and his films I was concerned that I would find Solaris dull and remote, it was anything but.  This slow moving sci-fi eases us into its more fantastical elements and this, along with the exceptional acting, allows it to credibly introduce unreal elements and have us question whether they are actually happening or a result of the main character losing his mind.  At the centre of the film is an achingly romantic story of a man desperate to have his late wife back, and Natalya Bondarchuck's performance as that wife - or an image of her - is one of the best I've seen for years.  I can't wait to see this multi-layered and immersive film again.

Another film about a man torn between two women, this one much more caustic than Love in the Afternoon.  This Romanian film finds a husband and father leaving his family for a younger woman.  Observed in a handful of long scenes, the film allows you to become invested in both the marriage and the new relationship by giving all of the characters rounded personalities and painting no one as either good or bad.  It's down to earth and true to life, often in the most uncomfortable way, especially in the climactic break up scene which, like the whole film, is perfectly played. 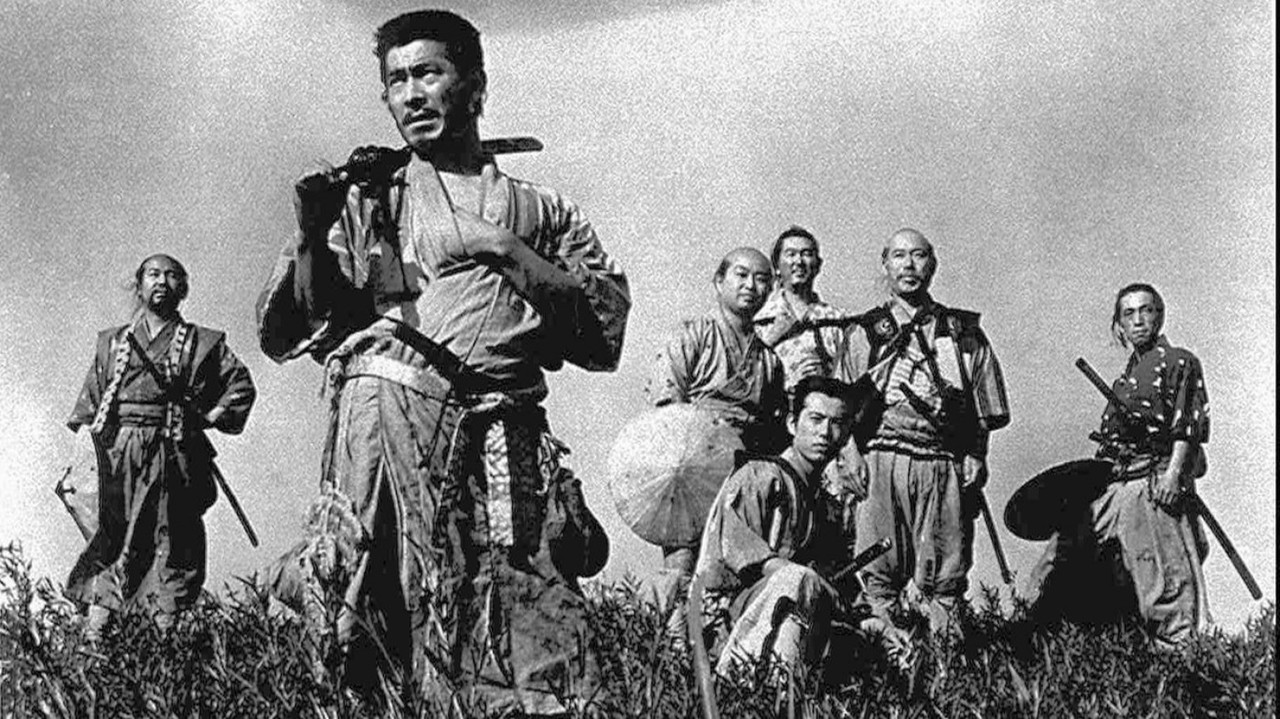 Yes, I know I should have got round to Kurosawa and to this film much earlier, does it help redeem me that the first time I saw it was at a cinema, projected from a beautiful 35mm print?  Anyway, primed by Rashomon earlier in the year (and because I wanted to retain at least a little critical credibility), I went in wanting to love Seven Samurai.  I was not disappointed.  A rather slight love story aside this old story of a band of warriors fighting against impossible odds was invigorated by its telling, which is energetic despite a running time north of three hours.  The battle scenes are incredible, but the film doesn't mark time in getting to them, it is riveting and beautiful throughout. 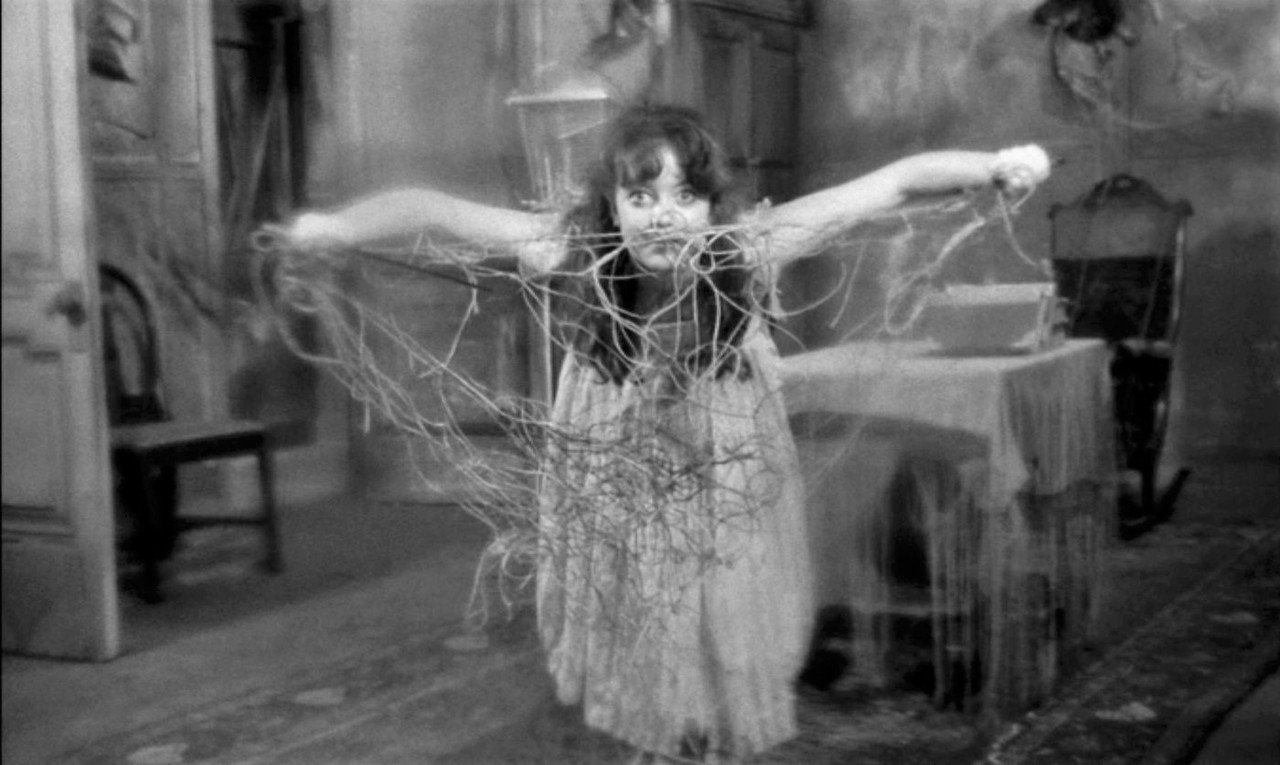 Spider Baby is one of those movies that I had always heard about, but it remained obscure and all but impossible to get your hands on, until Arrow Video released it on Blu Ray this year.  It is a defiantly odd film, its closest relation as a dark, weird, horror movie inflected with comedy is perhaps Tod Browning's Freaks, and Spider Baby is not embarrassed by the comparison.  It's a surprise to find that director Jack Hill - best known for Blaxploitation fare like Coffy and Foxy Brown - is also behind this oddity, but while it's atypical of his work it's full of memorable moments and scenes that still stand out for their strangeness.  I'll have much more about this film on an upcoming podcast. 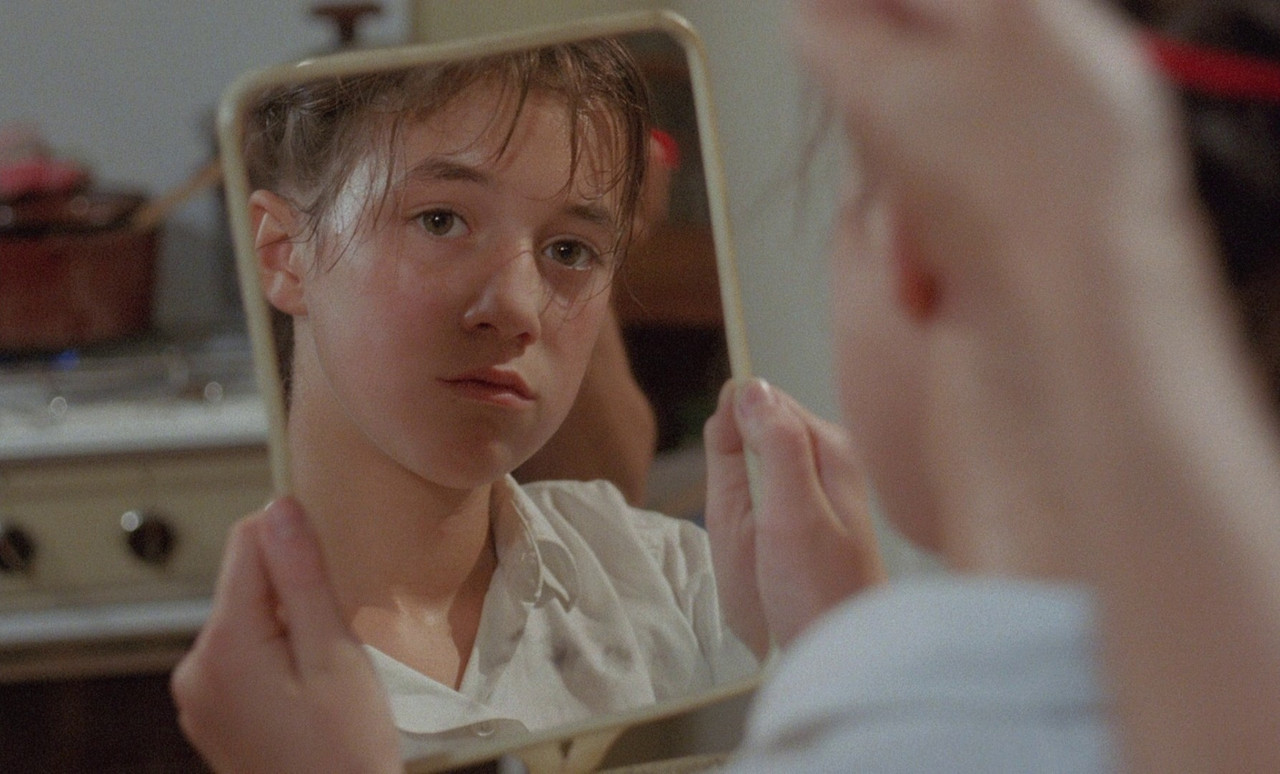 I've long been a fan of Charlotte Gainsbourg and have been wanting to see her early work for some time.  This, her second film, was the role that really brought her to notice and with good reason, she's exceptional as a young teenager who becomes obsessed with a concert pianist her own age, tracking her down after they meet by accident and convincing herself that they are friends.  Because of her character's youth Gainsbourg is more pitiable than frightening here, and her inexperience is turned on her in a sub-plot involving what begins as an innocent flirtation with an older man.  This is another fine example of how coming of age films from outside the US often deal better with the less pleasant aspects of growing up. 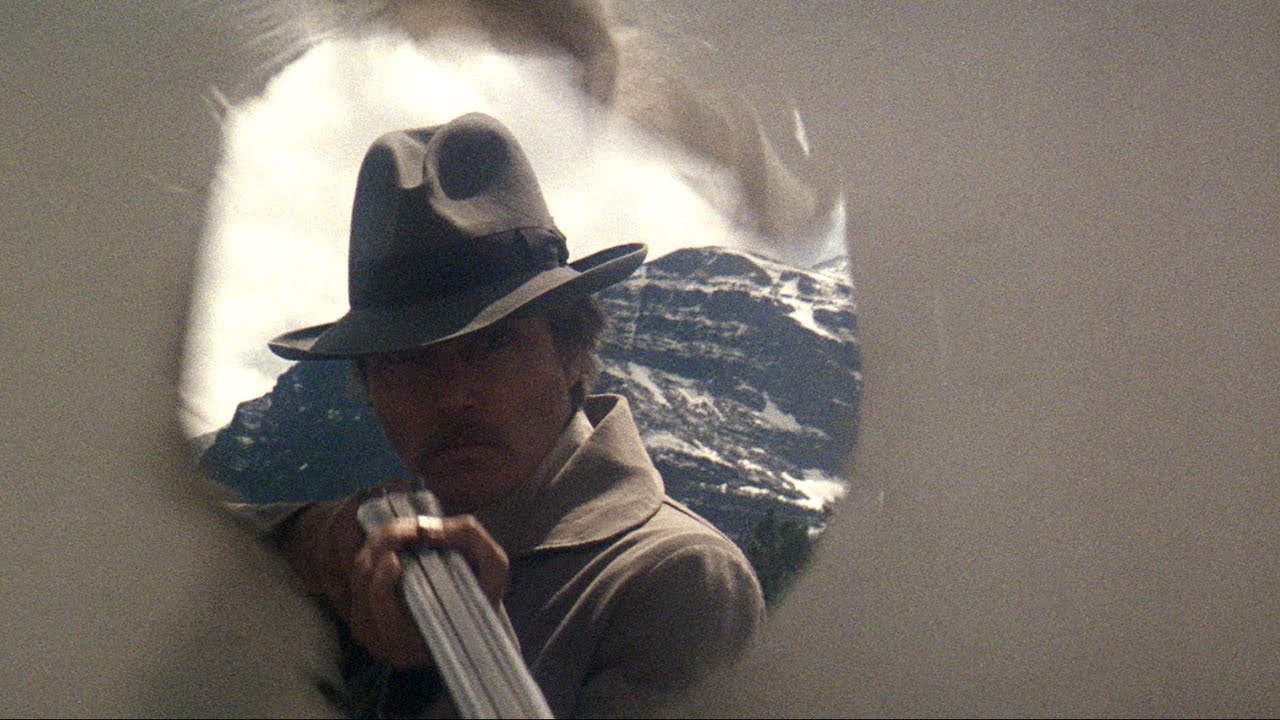 Much maligned at the time of its release and subsequently hard to get hold of in the UK, Heaven's Gate has taken on almost mythical status as a great directorial folly.  This could hardly be further from the truth.  Though it could, for me, happily shed its prologue and epilogue, the 190 minutes that fall between them are essentially a masterpiece, telling a large sale story of the (real life) Johnson County War, but finding personal resonances in the stories of new immigrants to the US and a love triangle between Kriss Kristofferson, Christopher Walken and Isabelle Huppert as men on opposite sides of the conflict and the woman they both love.  It may be long, but both the exceptional performances (Walken has seldom been better) and the stunning imagery will reward your patience.
Posted by Sam Inglis at 16:01