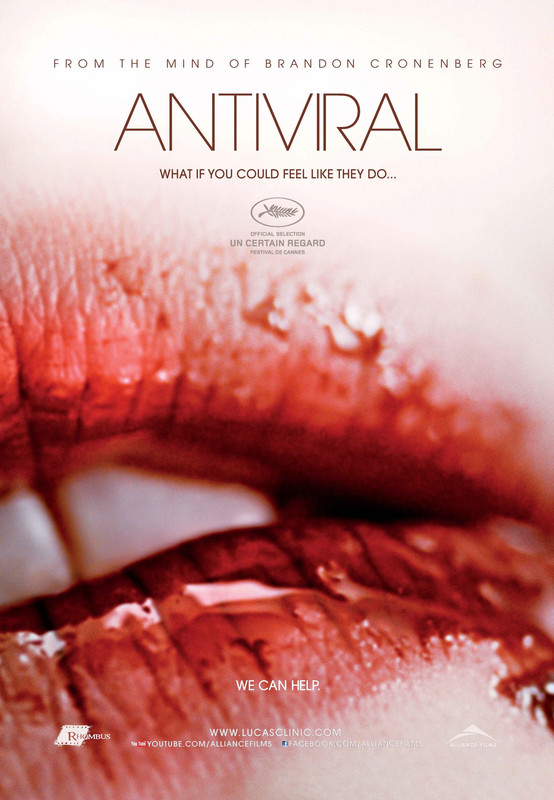 It's a dangerous thing as a young filmmaker to make your first cinematic statement with a film that seems totally in thrall to another director, it's perhaps even more dangerous when that filmmaker is both one of the most renowned horror directors of his generation, and your Dad.  Brandon Cronenberg, on the evidence of Antiviral, couldn't be more of a chip off the old block if he tried.  In fact, if his feature debut were any more Cronenbergian it would essentially lapse into parody.  That said, there's one thing about Antiviral that allows it to overcome this glaring issue: it's excellent.

Cronenberg's concept is a strange extension of our celebrity obsessed culture; a near future in which clinics offer to infect people with diseases acquired from celebrities (specially altered so that they can't be passed from the infectee, for public health and copyright reasons).  Caleb Landry Jones plays Sid, a salesman for a biotech company with an exclusive agreement with Hannah Geist (Sarah Gadon), who seems to be the most famous person in the world, though we never really know why.  Sid has been smuggling diseases out of the lab in his body, and selling them to a pirate, but after infecting himself with Geist's latest ailment he collapses, and wakes up to the news that she is dead.

The premise strains credulity a little, but Cronenberg creates a consistent world for the film to take place in, and so you just about buy into a society so in thrall to celebrity that it has begun to clone their muscle cells into steaks for people to eat.  As well as a consistent story world, Antiviral has a distinct visual identity: the colour palette consists almost entirely of white, black, red and green, and Cronenberg and DP Karim Hussain exploit this to give the film a chilly, clinical, look that makes the entire world of the film feel like a giant hospital room.  There are some striking shots in the film too, not least the opening image of Caleb Landry Jones with a thermometer in his mouth or the first time we see megastar Hannah Geist in 'real life' rather than as an image in a poster or on a monitor.

Caleb Landry Jones has been something of a 'that guy' in movies over the last few years, and established himself as someone who takes on diverse projects and seems different in each of them.  It's hard to look at his Syd March; a ghostly husk of a guy who becomes more sickly with each passing scene and see any trace of, for example, the brother from The Last Exorcism or Banshee from X-Men First Class.  Landry Jones is great, leading us through the world of the film; first the legitimate disease industry, which he's pitching as much to us as to the character Syd is selling to in the first scene, and then the underground pirate industry.  The writing pitches the character well; he may not be super-smart, but he's not dumb either, so whether he makes a mistake or gains the upper hand with a smart move, we believe it from the character.  It's a rounded portrayal of a difficult and emotionally remote character.

Sarah Gadon (whose presence is yet another link to Cronenberg's father, as she's played the wife of a main character in each of his last two films), continues to show both that ethereal presence that made her so striking in Cosmopolis and that she's a very interesting actress whose career will likely be worth watching.  If you know any German at all then the name of her character, Hannah Geist, is likely to feel a little on the nose, but she's totally convincing as this untouchable and uber-famous beauty who seems almost totally removed from the world.  She has little real screentime, and almost no dialogue, but her presence permeates and to a large degree powers the film, and if there's one part of the premise that it's easy to buy into it is the fascination that Hannah seems to hold for the public, and for Syd. 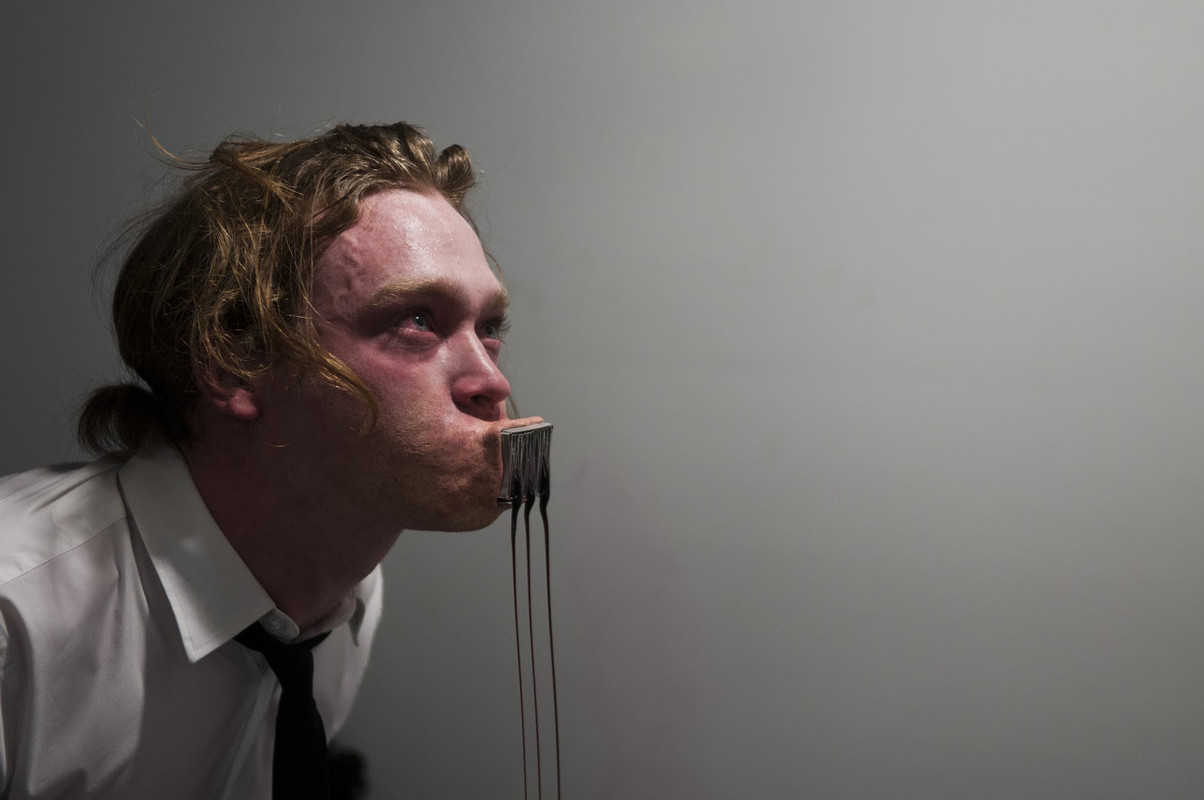 The film develops interestingly as a thriller in its second half, going in a slightly different direction to that suggested by the corporate espionage of the first half hour, with Syd fighting against enemies external (the pirates who want the disease that killed Hannah Geist) and internal (the disease itself).  In a well shot series of scenes Syd finds himself held captive by both these things, bringing both of the thriller strands of the film to a head.  The set pieces aren't huge, because the budget clearly isn't either, but Cronenberg makes the small confrontational beats work well, and gets a fantastic look for his money, with a few sparingly used effects working wonders.  Most notable is a dream sequence in which Syd appears to imagine what he'll become after the disease takes effect, in a series of horrible images that echo elements of The Fly and Videodrome.

I don't want to get too deeply into the events of the film, because it does hold some surprises, notably an ending which is clever, satirical and disgusting (read vintage Cronenberg) and some fun supporting performances, notably from Malcolm MacDowell, who seems rather more engaged here than he has for a while.  Antiviral is a provocative, beautiful and entertaining film which harkens back to the best of David Cronenberg's early work in look and tone as well as in the way that its intensely nasty body horror (apparently all those skin crawling close ups of needles puncturing skin are real) both repulses and fascinates, and its ideas about celebrity, while extreme, are worth discussing.  The big caveat here isn't how good the film is - if you're a body horror fan it's one of the best for a while - it's that however good it is I can't quite tell how good a filmmaker Brandon Cronenberg is from looking at it, because this film seems so of his father that I don't get a great sense of Cronenberg junior's identity as a filmmaker.  This is a fine start, but next time he needs to look away from his father's legacy and make something with a more personal stamp, so we can see him as himself not - in a rather Cronenbergian notion - simply as an extension of his dad.
★★★★☆
Posted by Sam Inglis at 14:54