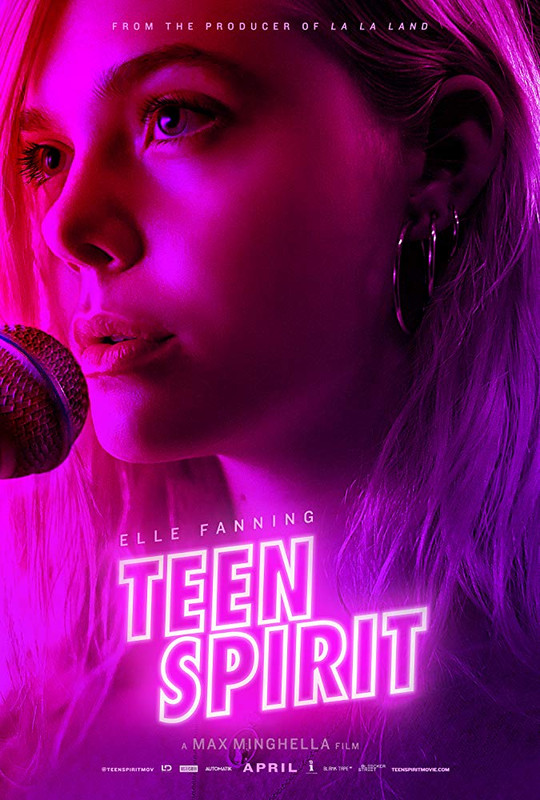 Whether it’s been the source of your favourite music or you think it’s a blight on the industry and Simon Cowell is pop’s devil incarnate, there’s no denying that The X Factor and other TV singing competitions have been hugely influential over the past two decades, so it’s something of a surprise that they haven’t been the backdrop to more films.

Max Minghella’s debut as writer/director casts Elle Fanning as Violet Valensky, a teen of Polish descent, living on the Isle of Wight. When the singing competition Teen Spirit comes to the island, she goes to audition but has to rope in a slightly creepy local truck driver, Vlad (Zlatko Buric) to pose as her manager because, being under 18, she needs an adult to sign off on her participation. The film focuses both on Violet’s relationship with Vlad, who used to be an accomplished opera singer, and on her progress through the competition.

Elle Fanning is without a doubt the most accomplished American actress in her age group, and what Teen Spirit does get right comes almost entirely from her typically committed and detailed work. Appearing in every scene, Fanning has a lot of lifting to do: she’s singing, working with an English accent, and learned Polish for the role. Through all this, she also manages to give another subtly layered performance in which we see much of what Violet is going through written only through her expressions. This ranges from a nice comic tension when she introduces the always dishevelled Vlad to her mother (Agnieszka Grochowska) to the different ways she regards the various boys who, to some degree or other, express interest in her. Other moments, when we find Violet at her least self-conscious, dancing around her room, or when she hears the news that she’ll be on Teen Spirit’s televised final, seem to channel her off-screen persona, to charming effect.

Between them, Fanning and Zlatko Buric create a warm mentor/mentee relationship. Buric can be amusing in his brusqueness, but also finds a sensitive side to Vlad and puts across his genuine affection for Violet. It might, however, land a little more strongly had Minghella’s screenplay explored in more depth the background it gives Vlad in relation to his own daughter.

That is, unfortunately, just one of the areas in which Minghella’s writing falls short. While Violet’s character and her home life are well drawn, the things that happen to her and the people who surround her are often too lightly sketched. The members of the backing band who she eventually takes to the competition (a thing that would almost certainly never be allowed in real life, those shows have professional house bands) are almost total non-entities, their intended roles as potential romantic interest and comic relief falling flat throughout. Perhaps more frustrating is how loosely the film tells us about Teen Spirit itself. Montages show the off camera whittling down process, but we then skip so fast through the televised portions that it seems Violet is in the final after being on just one other broadcast. It rings false, and that’s a near hobbling problem for the film as a whole.

Wildly talented as Elle Fanning is, on this evidence she’s only a slightly above average singer. That’s not really a problem, it describes a lot of major pop stars. What does present an issue, at least in the way it’s utilised in the film, is the fact that Fanning is always obviously working with a pre-recorded track. If this were an intermittent thing, if we saw her sing live early on and the autotune and miming crept in during the TV show, it could have been an interesting statement about these shows and about pop music as a whole. The fact she’s miming in every music scene, and clearly autotuned in all but one (the performance of Tegan and Sara’s I Was A Fool is not live on set, but sounds less treated), means any potential for comment or satire is missed. This makes the music feel rather soulless—a point Minghella may be trying to make, but botches. 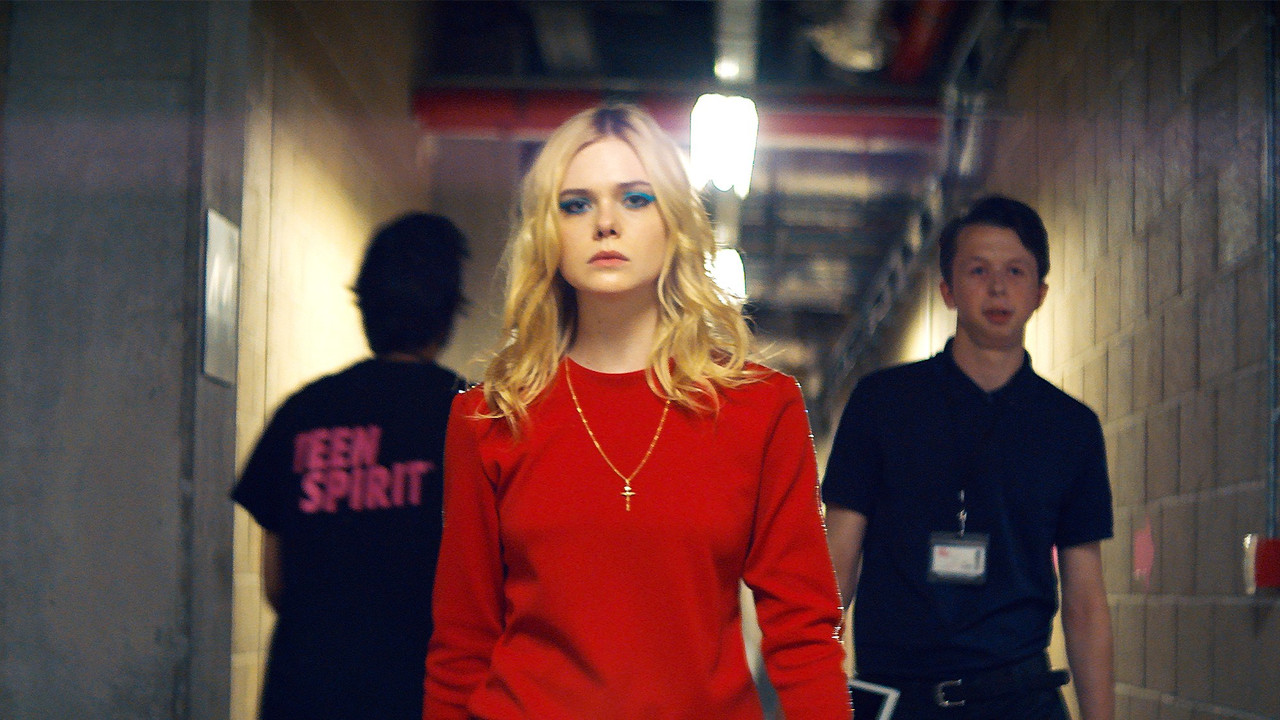 Many issues might have been overcome by Fanning’s performance, but for the way the film looks. Minghella’s visual sense can be a godawfully ugly spectacle. The worst aspect is the lens flare, which is so prevalent that sometimes the film seems to have been shot by JJ Abrams on steroids. You would be forgiven for thinking that every single light in the film flares—even the light in Violet’s fridge does it at one point. Again, it’s not hard to see what is being attempted here, it could be read the artificial sparkle of TV following Violet everywhere, but as with the way the music is used, it’s so indiscriminate that any potential meaning becomes lost and all that remains is a stylistic choice so grating the film can be genuinely challenging to watch.

More grating still is the obviousness of the influence, even outside the casting of Fanning, of The Neon Demon. The colour scheme often feels influenced by it, and both the audition montage and the final performance draw heavily on specific imagery. The comparison only serves to bring home, good as she is here, how much more interesting Fanning’s performance is and how much more scathing and successful Nicolas Winding Refn’s commentary about the industry he’s depicting is than Teen Spirit manages.

To be fair, Teen Spirit does have its successful moments. Fanning’s version of Don’t Kill My Vibe is infectious enough to work in the setting it’s used in, and her voice is just about good enough to carry the songs. The worst version of Teenage Kicks ever recorded is a beautiful skewering of the vapidity of pop talent shows and while she’s not terribly well used it’s fun seeing Rebecca Hall as the film's version of Simon Cowell (a definite upgrade from the real thing). At 93 minutes, and with several storylines feeling less than fleshed out, the film cries out for a few extra scenes to give a little more body to the characterisation and flesh out and lend credibility to the show itself. As it is though, Teen Spirit is a frustratingly undercooked mix that never quite figures out if it wants to be satire or simple Cinderella story. It’s elevated, as most things are, by the mere presence of Elle Fanning, but she clearly couldn’t take it to number one.
★★