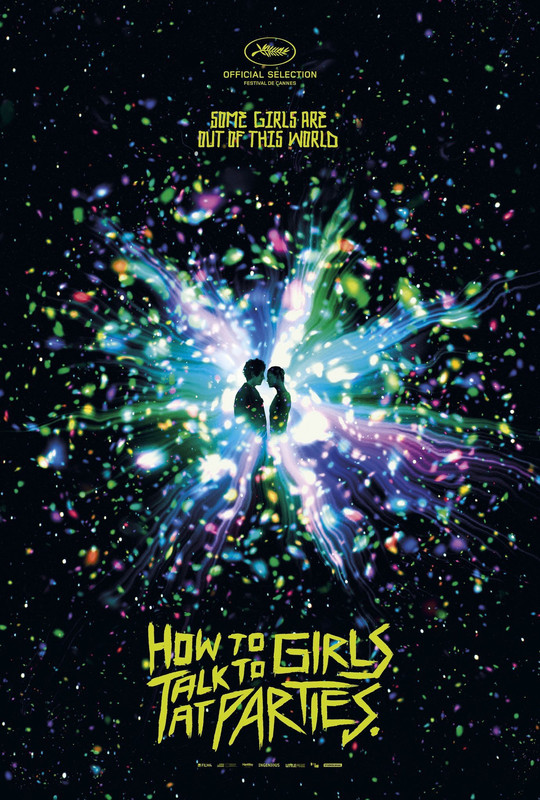 When you’re a teenage boy, girls might as well be an alien species, so the fact that Zan (Elle Fanning) is literally out of this world doesn’t make her any more unusual to Enn (Alex Sharp). Not that he realises she's an alien, he thinks she’s escaping from a cult. It’s 1977 and Enn and his friends are teenage punks in Croydon. Stumbling into what they think is an afterparty for the gig they have just been to, the end up at an abandoned house that Zan and the other beings from the six colonies that make up her species have taken over. When Enn tells her about punk, Zan is fascinated. Rebelling against her colony, Zan leaves the house with Enn, hungry for new experiences in her unfamilliar human form.

John Cameron Mitchell’s adaptation and expansion of Neil Gaiman’s short story is an eclectic mix of genres and influences: a punk sci-fi coming of age comedy, with a sex and kink positive message and, at its heart, a genuinely affecting love story. Mitchell and co-screenwriter Philippa Goslett mash these disparate elements together into a narrative that is sometimes chaotic, but always full of energy and ideas, be they in the film’s story or its wildly colourful and inventive design.

Along with costume designer Sandy Powell, Mitchell creates a distinctive look for the aliens, both as a species and within their individual colonies. All of them are dressed in skin-tight latex, but each has their own colour and their own look. The Stellas are the most sexualised, with the females wearing different coloured material to highlight their bodies, while another group are dressed somewhat more conservatively, the same material fashioned into blue suits. This way of distinguishing between the various colonies extends into their behaviour and even their movement. There are sure to be many subtleties here to pick up on subsequent viewings.

Set against this colourfully strange world there is the Croydon of 1977 (Sheffield subs for the exteriors). In many ways, punk and Zan serve similar functions in Enn’s life; injecting colour and excitement into a dull, grey, time and place. This is where Elle Fanning is perfect casting. I’ve said before that I think Fanning may be the most naturally gifted actress of her generation, and this is one of her best and most finely detailed performances. As she has observed, there is a risk inherent in playing a character who is engaging with the world for the first time that they appear to be stupid, thanks to their misunderstandings of language and social codes. This is not what we get from her as Zan. Yes, there is humour inherent in her telling Enn “I would like to go to the punk now” or telling his mother that she is going to the toilet for the first time, but what we get from Fanning is a sense of Zan’s boundless curiosity and enchantment with everything she is discovering, particularly her own sense of freedom, which is restricted in her colony.

There are the expected broad strokes to Fanning’s performance, but it’s the subtleties that make it. The way she moves is especially interesting; at first there’s a stiffness, she’s getting used to being in this body, but she loosens her physicality as Zan spends more time among humans, both because she is learning to mimic their movement and because she is adjusting to her new form. This is something we also see in the way she observes the world, Fanning has that rare gift of being able to let us see the character thinking. That’s another thing she first shows as pronounced. In the beginning, Zan’s observations are obvious, and often stated as well as simply made, but this is something else that gets naturally folded into her persona, as she becomes more comfortable around people. We get so much of the character through Fanning’s physicality, but she also exhibits great comic timing with her dialogue, and unforced chemistry with Alex Sharp that aids the film’s love story. Sharp also delivers a strong performance, lifted by Fanning and by Ethan Lawrence and Abraham Lewis, who play Enn’s best friends. The dynamic between them is believable and fun and, while it’s a different generation depicted here, there was much in the way they interact that felt familiar from my own teenage years.

In a largely excellent supporting cast, Ruth Wilson stands out as PT Stella, bringing a deadpan comic sensibility that I didn’t know she had. She’s particularly funny at the end of the film when she too begins to rebel. On the downside, there is Nicole Kidman. Tone is important in comedy, and Kidman is the only actor to miss it. As Queen Boadicea she’s a punk matriarch for whom the movement came too late. As an actress, she’s trying too hard. The accent is laughably broad and she overplays every moment to the hilt. It’s especially interesting to see her strain her every acting muscle in her few moments with Fanning, whose unaffected work has much more impact and embodies the character rather than performing it. Only in one moment, a stare down with Ruth Wilson, does Kidman stop working long enough to be similarly effective. 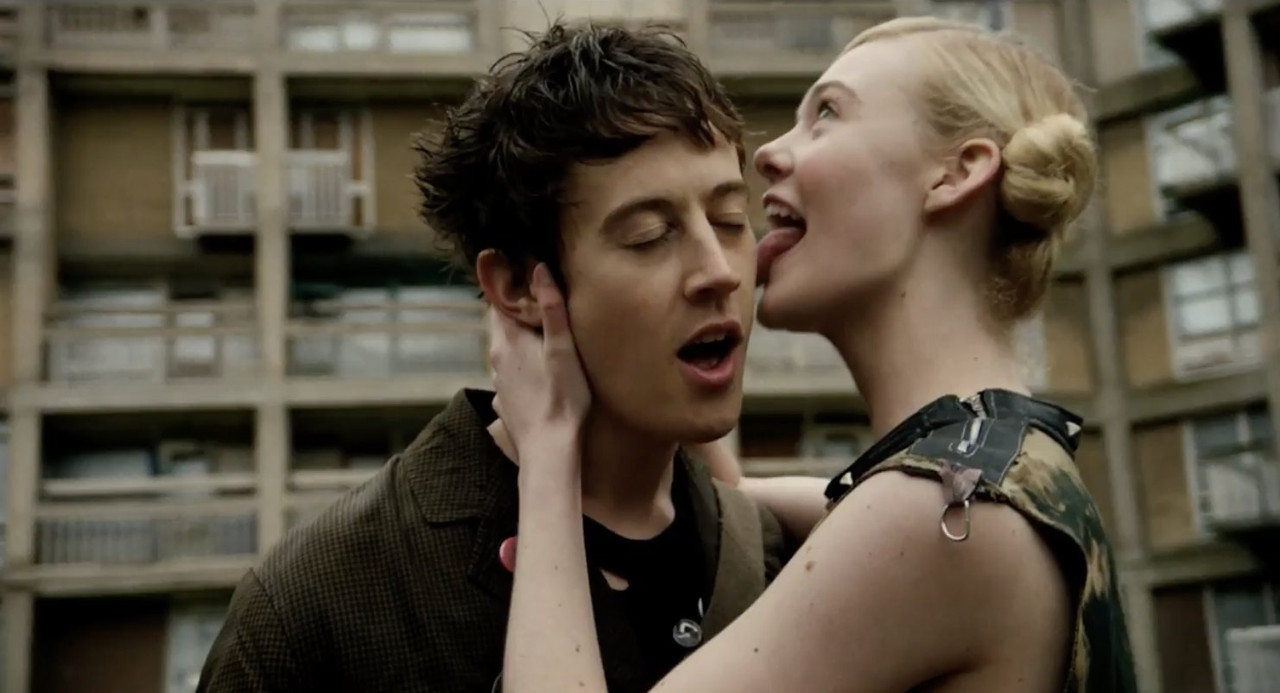 Mitchell and Goslett’s screenplay strikes a good balance between fish out of water comedy and the growing connection between Enn and Zan. The jokes largely hit and the love story is touching and feels organic; as Zan comes to love Earth and people she grows to love Enn in particular. It’s a rather beautiful thing, believing through Fanning’s performance that this is the first time this being, who is likely thousands of years old and has been through many life cycles, has experienced these emotions. The film also hits some truth about our relationship to music; the community that surrounds certain scenes and the sense of belonging that engenders, as well as the transporting nature of finding a song or a band that means something to you. This last aspect Mitchell takes in a way that is both literal and trippy.

I’m genuinely shocked by how divisive How To Talk To Girls At Parties has been. I can see how its tone will either work for you or not. I found it involving and moving as well as very funny. What I can’t see is how you can fail to appreciate how well designed it is, how Mitchell creates a whole offbeat world for his aliens inside their house. Nor do I get how you can fail to appreciate the many deft touches in Elle Fanning’s performance. Ultimately I think this is destined to be a cult item, appreciated by a group of fans I imagine will grow once the film lands on home formats after its disappointingly limited cinema run. At least, I hope that’s what happens.
★★★★
Posted by Sam Inglis at 17:29