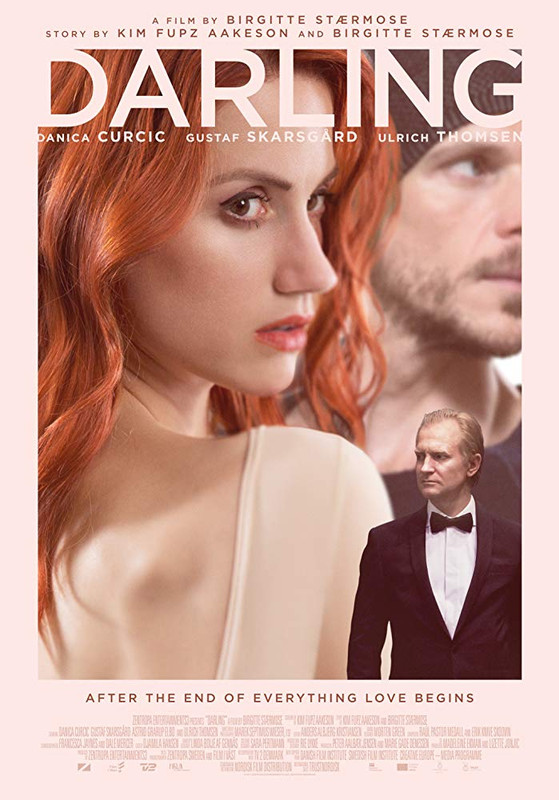 Darling is about a prima ballerina named Darling (Danica Curcic), brought back to her home company in Denmark, along with her choreographer boyfriend Frans (Gustaf Skarsgård), to create and perform a new version of Gisele. Darling has been hiding severe pain for a long time and when she collapses in rehearsal it is clear that the problem is career ending. Darling instead offers to assist in training her replacement, Polly (Astrid Grarup Elbo, making an excellent film debut) but it’s hard to tell whether her tough methods are designed to help Polly or to undermine her.

We’ve seen the basic beats of Darling before: artistic jealousy fraying a relationship and the agony of being replaced, superseded for your director, your audience and possibly your partner by a younger, fresher model driving an artist to extremes. Given that, it all comes down to execution. While it doesn’t deal in the duality and split personality ideas, the closest recent analogue is probably Black Swan, but Darling feels more grounded, lacking much of that film’s tendency to melodrama.

This is exactly why Darling is, at times, unnerving. Danica Curcic gives an excellent performance which never quite lets you read her motives in Darling’s training of Polly. It’s clear that she takes some perverse pleasure in making the the younger dancer suffer. One notable scene sees her begin to seduce Polly, only to break off and say “bring that feeling to rehearsal tomorrow” just as Polly starts to go with the moment. Is this a cruel method of drawing out a feeling she actually wants infused in the performance, or is Darling only trying to hurt her young, beautiful, replacement? The same question arises throughout. Only one moment feels truly sinister, when Darling administers the same medications to Polly that she used for years to hide her pain. This scene feels like Darling is attempting not just to hurt Polly but to turn her into a clone of herself and perhaps make Polly, eventually, end her career in the same painful way she was forced to.

The same back and forth that we feel about Darling - is she trying to help or to hurt - is something we can see in Astrid Grarup Elbo’s performance. Polly clearly admires Darling, wants her help on the role and is challenged by her training, but we can see the shift as this gives way first to concern then to some degree of fear, alongside confusion at being tod different things by Darling than by Frans.

The relationship storyline between Frans and Darling is considerably less interesting than the dynamic between Darling and Polly. In many ways it’s an mirror image of the process, between lovers rather than two dancers but, while Gustaf Skarsgård gives a fine performance, these scenes never have the claustrophobic intrigue of the scenes between Darling and Polly in the studio.

Birgitte Stærmose directs capably. She creates some memorable images, especially in the stark design of the eventual performance of Gisele and generates an interesting tension between her actors in the scenes between Darling and Polly (the gaze in a costume fitting not long after that interrupted seduction, for instance). The film never hits the same heights outside those sequences, but there is plenty here to hold the interest and I’ll be looking out for Stærmose’s next film.
★★★
Posted by Sam Inglis at 08:26