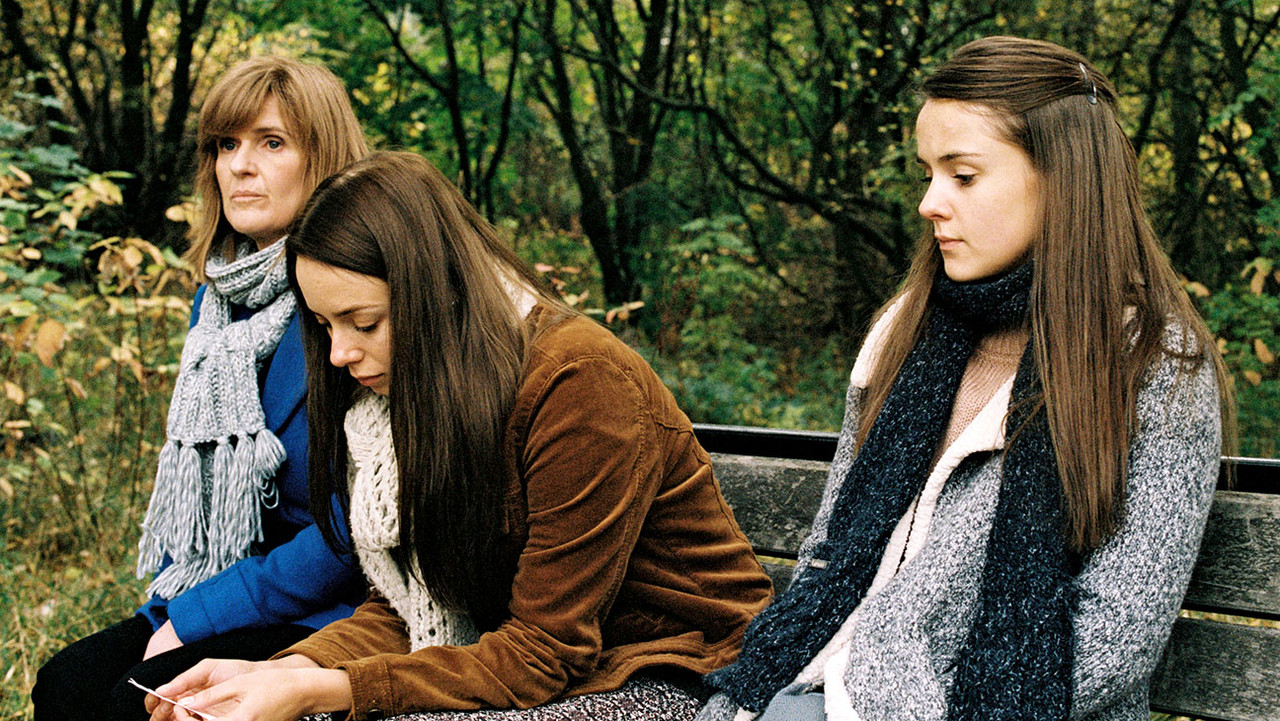 In a time when we worry constantly about religious fundamentalists and their ability to kill in the name of their faith, we tend to dismiss Jehovah’s Witnesses as just those people we slam the door on when they drop by. Dan Kokotajlo’s feature debut tells a fictional story, but it’s one grounded both in what that church teaches and in a family we can believe could live on just about any street, in any town.

Alex (Molly Wright) has had an anaemic condition from birth, and her life was saved minutes after it started by a blood transfusion. Alex’s family are Jehovah’s witnesses, the transfusion causes her guilt and she, supported by her mother Ivanna (Siobhan Finneran), signs a document stating that, now she’s 18, she refuses consent for any transfusion. Alex’s older sister Luisa (Sacha Parkinson) is less devout. When Luisa becomes pregnant she is expelled from the congregation and her mother and sister are told that they must shun her.

Apostasy made me furious. I mean that as a great compliment, because that’s clearly what it’s aiming for. The film is quiet, trading much more - for the most part - on what is not said and not done than what is, but that reserve can’t mask the fact that this is an angry film that wants to address in a forceful way how even religions we don’t usually lump in with those that are most restrictive seek to control people, especially women. Happily, Kokotajlo doesn’t let the film devolve into a lecture, instead he makes us feel this anger through the storytelling.

The film uses its low key style to draw us into the family and their larger community, it shows us on a micro scale the constant reminders that you have to please God first. For instance that Witness meetings must come before Luisa’s education, even though she only has one more class to take to complete her college. We can see how this burrows into Alex’s mind, how it is what has made her ashamed of the fact she even survived infancy, revealing it as a shameful secret to the young worship leader who shows a romantic interest in her. The most upsetting thing here, chillingly shown in Siobhan Finneran’s performance, is that while Ivanna obviously loves her daughters, that love is second to her love of Jehovah and to a large degree conditional on Alex and Luisa’s love for him.

Finneran, Molly Wright and Sacha Parkinson form a believable family unit. The relationship between the sisters is especially well drawn, with Wright giving us some heartbreaking moments as it’s clear that, when she leaves the house, Alex wants to reach out to her sister but only has the tools to do so through talking to her about Jehovah, rather than on an empathetic level. Equally effective is the singular moment when, without acknowledging it aloud, Wright allows a flicker of recognition to cross Alex’s face as she sees hypocrisy in the moral of a Bible story. It’s a devastating moment, and becomes more so soon after.

The third act becomes a little more strident, stating its case more than it has in the first hour, but by this point the characters and the excellent performances are so well established that these moments remain grounded and feel real for the characters in the moment. Still, even in these scenes, it’s the things unsaid that speak loudest, flickers in Finneran and Parkinson’s physical performances and in the way the camera maintains distance between them. An intelligent, urgent and highly credible film, this is an especially promising first feature from a British filmmaker.
★★★★
Posted by Sam Inglis at 21:30