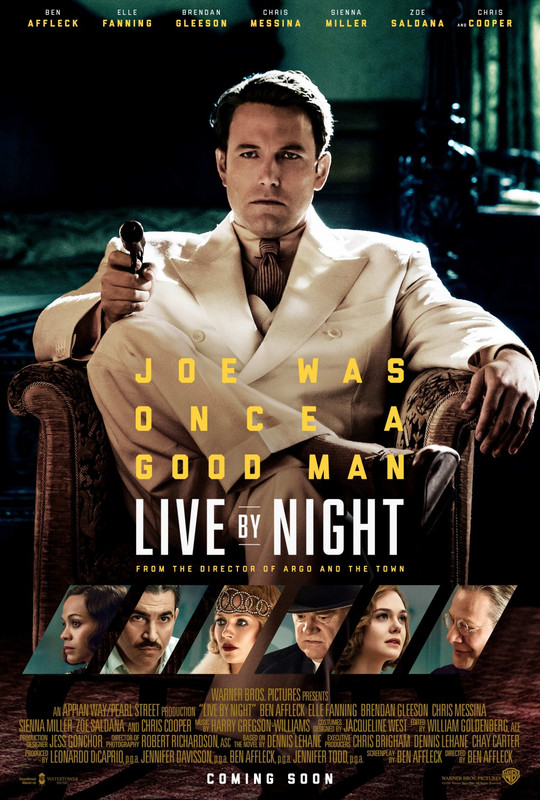 As a director, one of the main jobs you have to master is getting all of your talent in the right place; casting the right actors for each role, helping to hone the screenplay, assembling and guiding the technical teams who are bringing your film to life. With Live By Night, his fourth film turn behind the camera, Ben Affleck shows that he's able to get a lot of these things right, but the one or two he gets wrong are big problems that ultimately hobble his film.

Based on a novel by Dennis Lehane (author of the source book for Affleck's directorial début, Gone Baby Gone, as well as Mystic River and Shutter Island), the film tells the story of Joe Coughlin (Affleck), who returns from World War One determined never to follow orders again and chooses a life of crime. Following a heist gone bad, and under threat from the head of the Irish mob, Coughlin lends his services to the Italians, who send him to Florida to run their rum operation and work on building a huge casino.

Affleck is a perfectly solid actor, but he's a better director and here his biggest mistake is in casting himself as leading man. For one thing, at 44, he's more than a little old for the character in the film's first act. Here Coughlin is a relatively young man (context suggests late 20's) coming up in the underworld. Yes, the story spans a long period (seven years seems a fair estimate, at least before the coda), but we never get a sense of a young man growing to fill ever larger shoes, which we might have with a younger actor. I wonder if Affleck recognises this, because early in the film he does look surprisingly fresh faced, whether through good lighting, make up work or a little CGI assist.

However, age is not the only problem. Affleck has said this was a passion project, the one he picked when he could essentially have decided to do anything, so it is truly bizarre that his performance is so low energy throughout. He's clearly going for sense of underplayed menace but maybe he's too successful at underplaying. There is a sense of Affleck giving the sort of performance he'd give while off camera even when he's on camera; it's barely inflected most of the time, robbing the relationships with Coughlin's lovers (Sienna Miller and Zoe Saldana) and his right hand man (Chris Messina) of any charge. His off camera work is even less energised, resulting in the most reluctant sounding voiceover since Harrison Ford's in Blade Runner.

Affleck leaves the focus closely on himself (he's in practically every shot), and in doing so he shortchanges many other characters, especially the women. Sienna Miller has fun in a ten minute turn as a gangster's moll embroiled in a dangerous affair with Danny, but she's little more than a cliché in human form. Still, that's more than can be said for Zoe Saldana, who should be an interesting character. When she meets Danny she, along with her brother (Miguel), is running much of the rum trafficking in South Florida. Within a couple of scenes she's Danny's Girl and from there on all she has to do is be hot (check) and look concerned.

Similarly shortchanged in terms of screentime, but able to make much more of the little she has to do is Elle Fanning. A great actor can take a part of any size and make you want the whole film to be about that person, that's what Fanning does here. Her character - the daughter of a cop (Chis Cooper) that Danny has to get the nod from in order to do business - is a failed actress who (offscreen) falls into sexual exploitation and drug addiction, only to come home, become a preacher, and speak against Danny's casino application. There's a film in that character, and thanks to Fanning's typically nuanced work it's one I'd pay good money to see. The material she's working with is unexceptional, what she does with it is purely a testament to her talent. 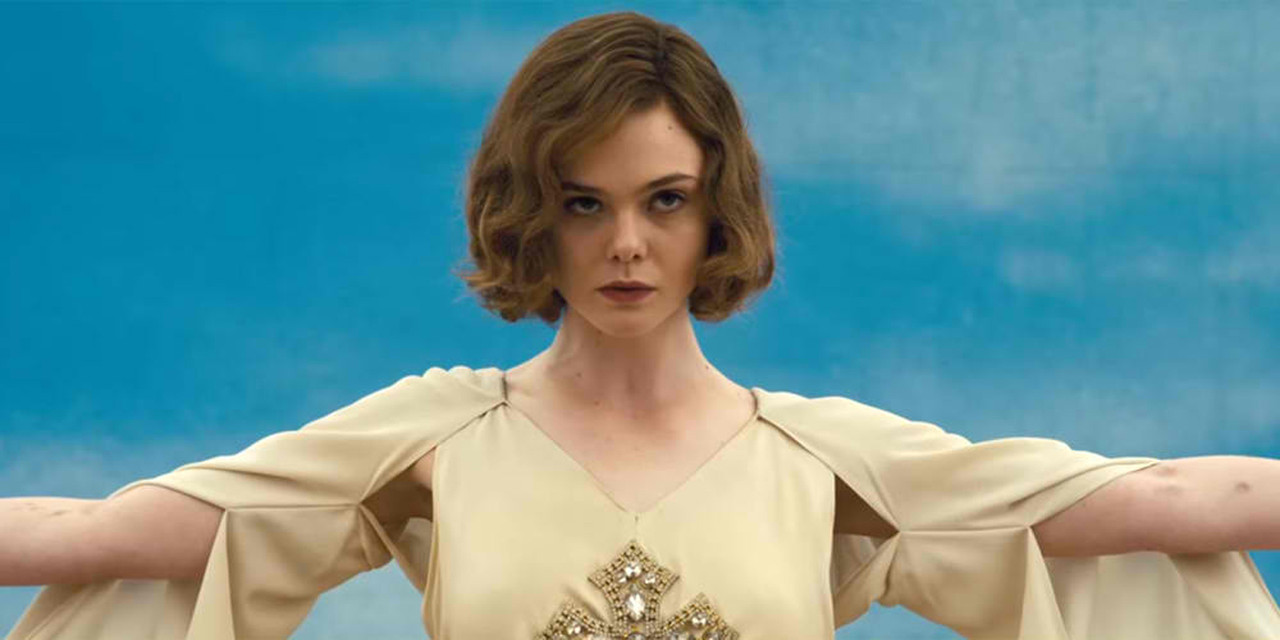 The rest of the supporting cast have similar problems, trying to make the best of roles that are either underwritten despite extensive screentime (Chris Messina, who does a good job with what he has), underwritten because of lack of screentime (Chris Cooper, Max Casella as a thuggish relative of Danny's boss) or laughably broad caricatures (Matthew Maher as RD, a KKK member who shoots up Danny's speakeasys in protest at his relationship with a black woman). Affleck appears, whether at screenplay stage or in the editing room, to be feeling the need to get things done, at least for the theatrical cut, within two hours. It all ends up rushed, thin and over familiar.

Courtesy of cinematographer Robert Richardson, Live By Night often looks good, but again, some of Richardson's work is undermined by his director's choices. But for a couple of brief moments - a shot from behind of Elle Fanning preaching, arms outstretched, for instance - Affleck's glossy framing throws up few memorable images, and never feels especially authentic. Perhaps it's the crisp digital sheen of the thing, but there is an overwhelming feeling here of watching people play dress up, rather than being sucked in to the mid to late 1920s. This incongruity hit me right from the start, when the studio logos came up sepia toned and with superimposed CGI film scratches. It all felt so transparently fake, and I never shook that feeling.

Live By Night wants to pay tribute to the classic gangster films of the 30s and 40s, but while Affleck has the budget to have all the trappings of those films, he shows little understanding of how they worked. The profane dialogue lacks the snap of the best of Warner's gangster films. The images, while technically decent, don't evoke the feeling of either the films or the period and the film as a whole feels long despite also clearly having gaping holes in characterisation, which are surely filled by things sitting on the cutting room floor. It's a pity, because Affleck is a capable filmmaker, but perhaps all the freedom that Argo has afforded him meant that nobody was able or willing to tell him that there were decisions he should have reconsidered on this project.
★★
Posted by Sam Inglis at 16:29