I'm not sure why, exactly, but one of the genres that I have always been drawn to and fascinated by is the coming of age movie.  When I was first interested in them I was going through my own versions of a lot of what is depicted in them, now I'm 32 and that is - largely - long behind me, but I still find myself drawn to these films.  Perhaps I never grew up, but I know I still find myself deeply connected to a lot of these dramas.

It's more than that though; I'm always interested in discovering fresh talent in movies and in coming of age cinema you often get to see actors in their first performances.  Through these movies I've discovered many people that I have then followed through their careers, and I suspect I'll have several more careers to explore by the end of February.

This month I've decided to watch 28 coming of age movies that I've never previously seen.  I've got films from Europe, Asia, Scandinavia, the US and elsewhere to watch and I'll be posting mini reviews every couple of days.  After this month is done I will still have a ton of coming of age films to watch (suggestions are coming into my twitter account @24FPSUK thick and fast), so let me know if you enjoy this series and it may well become a weekly feature. 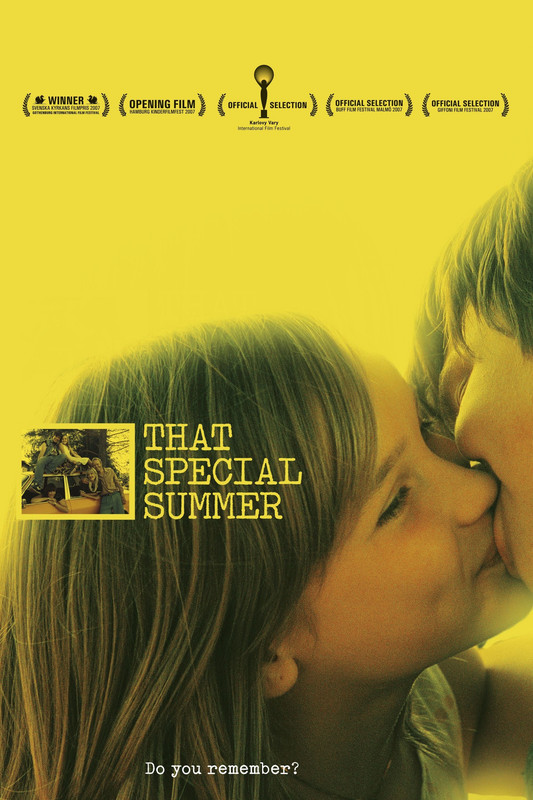 I didn't set out to start the month this way, but Kid Svensk is pretty much a textbook coming of age movie.  Set over a summer holiday it's about an 11 year old girl who likes to be called Kid (Mia Saarinen), she's recently lost her father, at odds with her mother (Milka Ahlroth) and over a summer in their native Finland she begins to have feeling for Jamppe (Jim Rautiainen), the 13 year old son of one of her mum's friends.

There are some harder hitting elements here too; racism in the way that Kid (whose name is actually Kirsi) is treated by her peers at school, and a sexual frankness that you just wouldn't see in an English language version of this story, but what ultimately makes Kid Svensk stand out is the quality of the performances, especially that of Mia Saarinen, who delivers a naturalism and a depth that seems well beyond her years, without ever losing the character's essential innocence.  This comes through especially effectively as Kirsi's feelings for Jamppe grow, coming to a head in an awkward (though sensitively and uncontroversially handled) scene in which she asks him to have sex with her.  Saarinen plays Kirsi's natural confusion as she experiences her first real rush of hormones assuredly.

Saarinen is also excellent playing Kirsi's justifiable frustration with her mother, who seems to have shut down following the death (by drowning, the film heavily implies) of Kirsi's father and has refused to learn Swedish, despite living and working there for several years.  Milka Alroth is sometimes saddled with actions it seems hard to explain, but her performance subtly suggests a deep grief that she's trying to hide (with a notable lack of success) from her daughter, and we see how she begins to open up in the second half of the film; back home and reunited with a childhood sweetheart.

The centre of the film is the relationships that Kirsi has, with her mother and with Jamppe, and both are believably written and played.  The innocent exploration of sexuality is an important aspect of the film, and director Nanna Huolman takes a similarly matter of fact view of it as the characters do.  These scenes, and the playful relationship between Kirsi and Jamppe in between them, in which they often dare each other to take risks, have both a charm and a level of realism that makes the whole film easy to identify with.

It's a real pity that neither Huolman nor Saarinen have gone on to much (or anything in Saarinen's case) in film or TV since this film was made in 2007, because while it's a rather standard issue coming of age film, Kid Svensk is a good example of why I like the genre so much.
★★★☆☆

The French seem to have a uniquely hard hitting line in coming of age movies and this unsentimental yet deeply felt effort from Christophe Ruggia is another fine example.

Les Diables is about 12 year old twin brother and sister Joseph (Vincent Rottiers) and Chloe (Adele Haenel).  Abandoned by their mother when they were very young, then often placed in separate homes only for Joseph to escape, determined to get back to and protect his severely autistic sister, they now largely live rough, attempting to find their parents because Joseph believes that will make Chloe happy.

This film hangs entirely on the abilities of its young central actors to deliver in what are two complex and challenging roles, miscast those parts and it simply wouldn't matter how good what surrounds them is, the film would collapse.  Happily, both Vincent Rottiers and Adele Haenel are exceptional here.  Rottiers, outwardly, has more to do.  Joseph is an angry and volatile character, lashing out whenever he or his sister may be in danger or may be separated.  Rottiers makes this anger visceral and sometimes shocking, but also something we can understand through his fierce protectiveness of and love for his sister.  Much of the time Joseph has to be a miniature adult, dealing with bad circumstances, but neither Ruggia's screenplay nor Rottiers' performance forgets how young he really is.  Joseph's choices are impulsive and often unwise and many of them hurt other people, but small moments when he's alone with Chloe remind us just how young he is and how much is on his shoulders and judging him becomes much more complicated.

Adele Haenel came to notice with an excellent performance in Water Lilies, but she's even better here.  Chloe is a profoundly autistic character, unable to communicate verbally or do very much without direct instruction.  Haenel manages to be utterly convincing in the part.  You have to be careful, when playing someone handicapped, not to stray into stereotype or mockery of any kind.  Haenel doesn't do this, instead she finds a series of specific, defined, behaviours that make up Chloe during the film's first half, subtly shifting them as the film goes on, especially after Joseph takes her away from yet another group home and she becomes much more reliant on and much more tactile with him.  It's that latter quality that means that this film will almost certainly never see a release in the UK.  The film deals with Joseph's burgeoning sexuality and the way that Chloe, without knowing what she's doing, provokes it at one point in a sensitive and moving fashion, but the nudity in that scene and others will keep this film from getting a UK certificate in any watchable form.

Though it is emotional throughout, especially in the few scenes involving Joseph and Chloe's mother (Aurelia Petit), it is towards the end that Les Diables really began to get to me, and as the credits rolled there were tears running down my cheeks.  As well as more traditional coming of age films Les Diables begins, towards the end, to call Badlands to mind.  Joseph's dream of a happy family home is born of naiveté, and just as impossible as Kit's dream of driving off into the sunset with Holly.

Christophe Ruggia doesn't make things easy for his characters or for his audience.  As much as you can understand his anger, Joseph is a difficult character to like or even to sympathise with and even though it comes out of concern his care for his sister is also driven by selfishness.  However, you get drawn into Joseph and Chloe's experience and emotions thanks to the outstanding performances, and so Les Diables ends up as one of the most moving and best coming of age films I've seen for some time.
★★★★★
Posted by Sam Inglis at 21:57