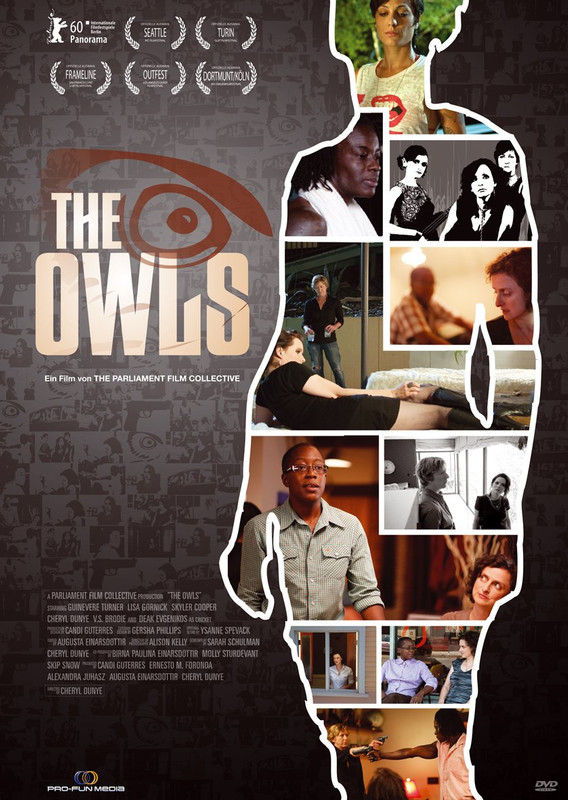 Cheryl Dunye is a legitimately groundbreaking filmmaker, in 1996 her first feature The Watermelon Woman made history by its very existence; it was the first film directed by a black lesbian. In the intervening fifteen years she's been quite quiet, her only subsequent feature being 2004 Eddie Griffin comedy My Baby's Daddy, which she didn't even have a hand in writing. The OWLS (it stands for Older Wiser Lesbians) is clearly a much more personal work, and an effort to break new ground as she did with her first film, but at just 66 minutes this 'lesbian noir' still finds plenty of time to stumble.

There is a thread that runs through the film, a mystery surrounding the death of a minor character named Cricket, and I wished that that had been much more of the movie, because for all its faults - largely a flatness to the bulk of the performances - it's the story-driven idea that I'm interested in here.

Unfortunately, this digressive film never seems to make up its mind what it is, there's the noir story, there are the intertwined relationships of the central characters (most of whom used to be in a band together, which sadly we never see or hear) and then there are the pieces to camera. This is a truly bizzare addition to the film. Dunye frequently cuts to interview footage, some of it in character, some of it not (there is also a moment where this seems blurred, Dunye using the real name of another player while I had thought she was in character, it is to the film's massive discredit that I can't tell whether this was intentional). During the out of character interviews, and especially during the film's closing credits, this seems to be a manifesto for lesbian filmmakers, which isn't a bad thing in and of itself, but honestly, would it hurt to decide which film to make?

There are some good moments though, Guinevere Turner puts in a typically charismatic performance, and VS Brodie (though her character is underdeveloped) also transcends the dramatic flatness on display, while Dunye does find a few interesting images. However, The OWLS is inconsistent at best, pretentious at worst and schizophrenic overall.
★★☆☆☆ 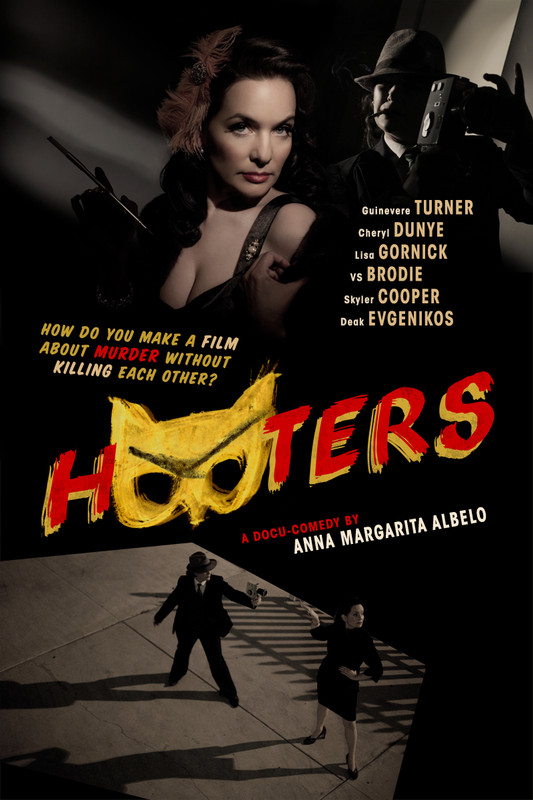 Hooters, which chronicles the workshopping and making of The OWLS, is a considerably more interesting film than the one it is about. From time to time the director Anna Margaria Albelo really imposes herself on the film and this can, especially in the terrible opening credits sequence, be achingly pretentious and extremely annoying, however, for the most part this a pretty straightforward filmmaking documentary, and though it's not the best of its kind the process it chronicles is unusual enough to intrigue.

What's interesting about Hooters is the way that it manages (perhaps without wanting to) to illuminate why The OWLS doesn't work. It covers a fractious workshopping process, in which the whole cast and crew are encouraged to put ideas into the script, leading screenwriter Guinevere Turner to become very frustrated and confess that she wished they'd let people give ideas, then let her, or some other single voice, write it rather than create this patchwork (she's right too, much of the final script is banal, and it feels very disjointed). It's also interesting to see the political and generational arguments – largely between the equally forceful and charismatic Guinevere Turner and Deak Evgenikos - that arise in this process (again much more so than when these ideas are shoehorned into The OWLS), even though, as a straight man, I stand rather outside the debates being had here.

Hooters is also good on the process of shooting, and by involving itself with the whole crew, rather than turning the focus on Dunye, gets a more intimate, and more critical, view of the process than is typical. Again problems with the collective model raise their head, with actress (and a director herself) Lisa Gornick, raising objections to Dunye's direction, and there seems to be a lot of stalling during the miniscule five day shoot.

Hooters does sometimes get sidetracked by politics - and once by asking the crew what kind of underwear they are currently wearing; Guinevere Turner's idea – but on the whole it's a pretty interesting film. To me it plays more like a how NOT to for filmmakers than anything else, and exposes why Dunye's model produced a pretty bad film, but that's actually more interesting than if it had shown things going swimmingly. Certainly, this is the part of this DVD double bill that I'd recommend you check out.
★★★☆☆
Posted by Sam Inglis at 17:41