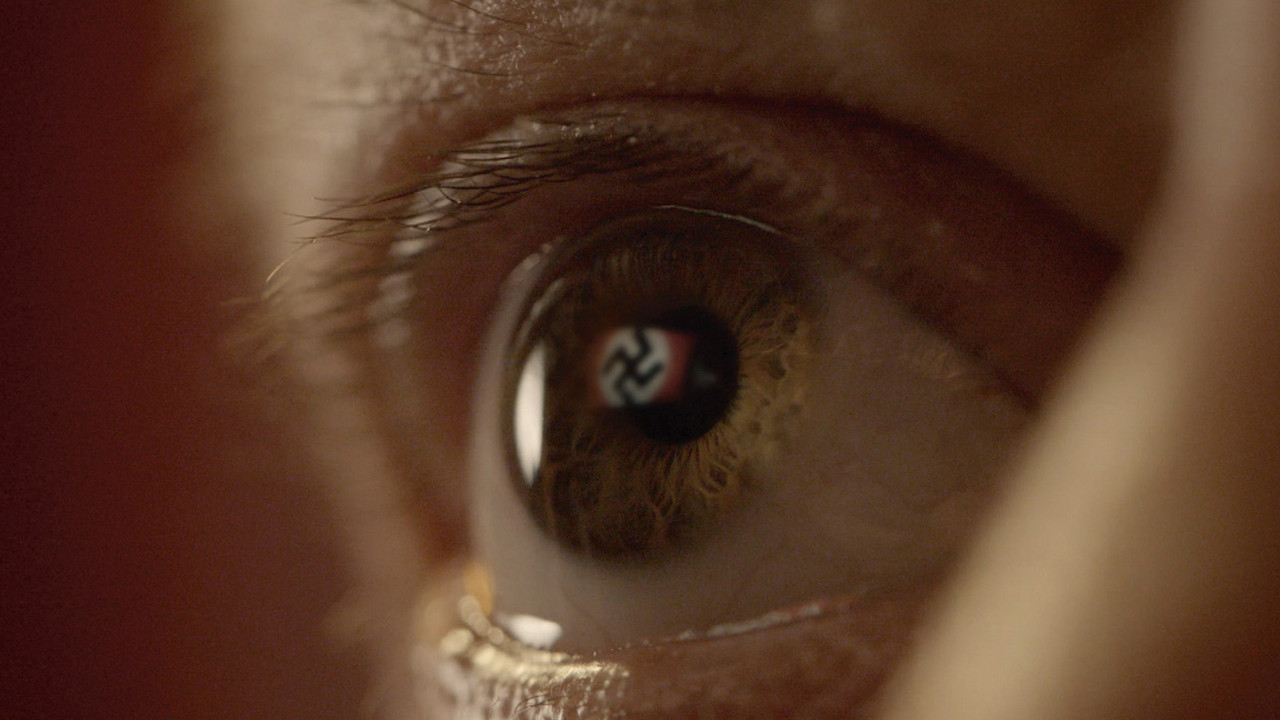 Quentin Tarantino says that the advent of digital projection has rendered cinema no more than watching television in public. I don't buy that. Most of the time. A Nazi Legacy, whatever else it may be, is television. It was made for the BBC's Storyville series and stylistically it couldn't be more basic and televisual if it tried.

The subject matter is interesting enough. The film focuses on two men whose fathers were high ranking members of the Nazi party and their polar opposite views of their lineage. Niklas Frank, son of Hans Frank – one of the men tried and executed at Nuremburg – condemns his father at his every opportunity and even carries the last picture ever taken of him, just after his hanging. On the other hand Horst Von Wachter, son of Otto Von Wachter, continually minimises his father's role (Otto was in charge of the Warsaw ghetto), insisting that he would never have signed off on the worst atrocities as if this is a defence. Presented with evidence of his father's culpability, Horst still minimises everything.

The different ways these men process the legacies of their fathers and their strained friendship with each other and with human rights lawyer Phillipe Sands is fascinating, but the flatly shot interviews, very basic presentational style of both Sands (who serves as guide and narrator) and director David Evans. The film's simple structure, imagery, and editing do little to transform it from a very basic, if well made, piece of TV into anything that will benefit in any way, in terms of presentation or audience size, from being on a cinema screen.

There are some impactful scenes here, especially in the last twenty minutes, as Sands takes the two men to a field where 3000 people, including his own family, were murdered, on orders that both their fathers had a hand in, challenging Horst with this fact. This, however, doesn't make A Nazi Legacy cinema. It's worthwhile, if schematically presented, television, it just doesn't belong in a film festival.
★★☆☆☆

My job is usually fun. Sometimes I get to share my excitement about something great, other times I might get to lay a long deserved kicking on a bad film by a bad filmmaker. In between, there are worse things I might have to do than type a few words about a movie, good, bad or middling. Then there are moments like this. I take no joy in writing about Who Killed Nelson Nutmeg? It has promise in its concept, a hey kids lets put on a show spirit that is admirable and one never wants to be overly harsh on a young and inexperienced cast. On the other hand you have to be honest, and almost nothing about this film works.

The premise is fun. In what seems to be a rather low budget seaside holiday resort a group of kids led by 12 year old Billie (Loretta Walsh) begin investigating when they believe the park's mascot has been murdered. Their chief suspect is the new manager Diane (Bonnie Wright). What the film is going for seems to be a cross between a low budget take on The Goonies and Enid Blyton's Secret Seven books. The simple clues and broadly played villains could well have worked in that context, but the film just falls down on too many other levels.

The script is a bit clunky. It plays very much to a young crowd (6+, says the LFF programme), but the jokes, juvenile or not, just aren't that funny and those that might have played well on the page aren't very well delivered. For instance, there are some potentially funny moments when the gang begin investigating and interrogate other kids, but the acting from these featured extras is so flat and devoid of comic timing that otherwise decent jokes flounder. It's perhaps no coincidence that some of the best gags are silently delivered, such as the brief glimpse of 'The Colonel' (Hattie Gotobed, as a tough, smart 12 year old girl who usually dresses in camouflage gear) competing in a princess pageant.

Loretta Walsh and Hattie Gotobed give the best performances among the young cast, they're both variable, but Walsh carries the action capably and the relationship between Billie and The Colonel is nicely played. Unfortunately most of the other performances, child and adult, are quite monotonous. This is a problem because, outlandish as something like The Goonies was, you always felt like you were along for that ride with these kids on an adventure. That should be easier to pull off here, with a more down to earth story, but it doesn't happen. The sense of watching a group of actors run through scenes never goes away. 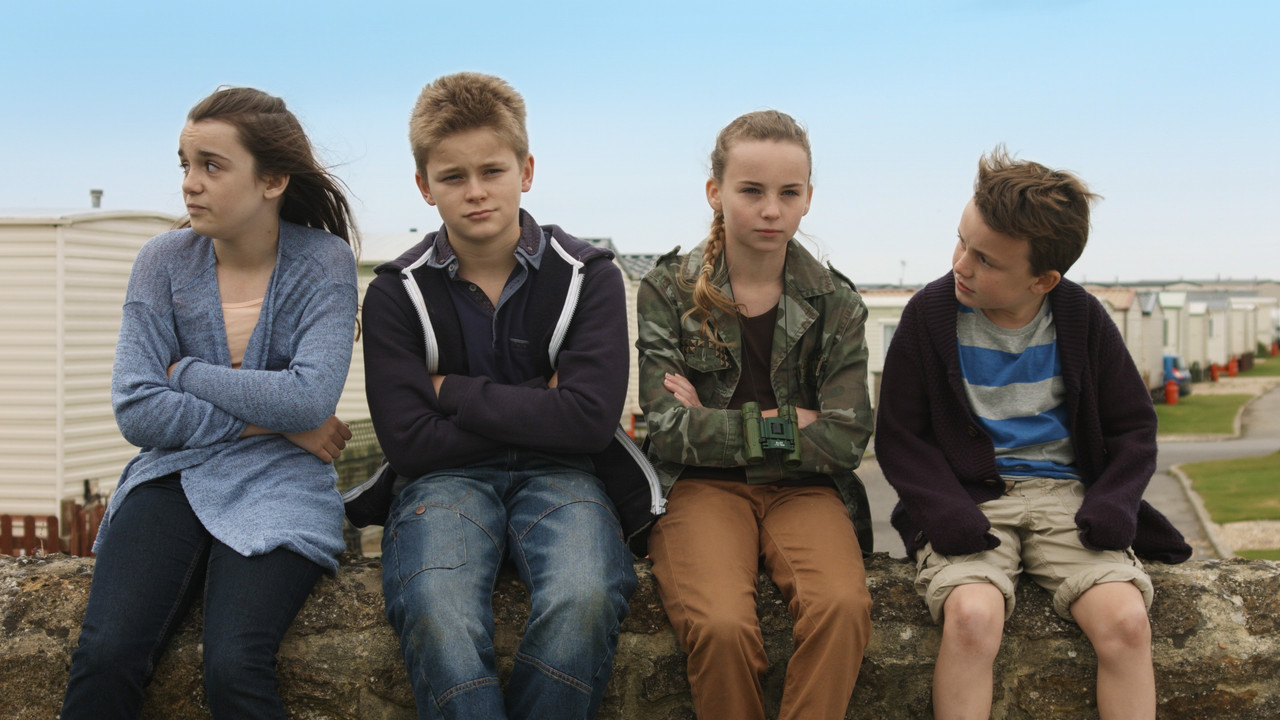 This sense isn't helped by the film's technical side. To be fair, a disclaimer suggests that this is not the absolutely final version and that music and special effects may change yet. I hope this also goes for some of the editing, which can be oddly abrupt. The screenplay does have one resonant running theme; that this is the last year these kids will be together, you do get a sense of an end of an era for the group, and the sadness of that reality. Sadly, the mystery never grips, nor does it resolve in a way that makes much sense, and the gags seldom amuse.

What is unlikely to shift with any changes still to be made before release is the overall televisual look. Despite a smattering of effects, Nelson Nutmeg resembles nothing quite so much as the low budget British kids shows I watched on late 80's CBBC. Even without massive financial resources, digital can be beautiful, but Nelson Nutmeg veers between looking flat and (in the handful of night time scenes) looking murky.

My love of cinema was born at roughly the age this film is pitching to, and I still have images from those films stuck in my head more than 25 years on. I'd be surprised if kids get a frame of this film stuck in their minds for 25 minutes. I admire the ambition of Tim Clague, Danny Stack and their team, and it would be great to see more British films aimed at forging the next generation of film buffs, but if that's the intent then the films need to be better than Who Killed Nelson Nutmeg?
★★☆☆☆ 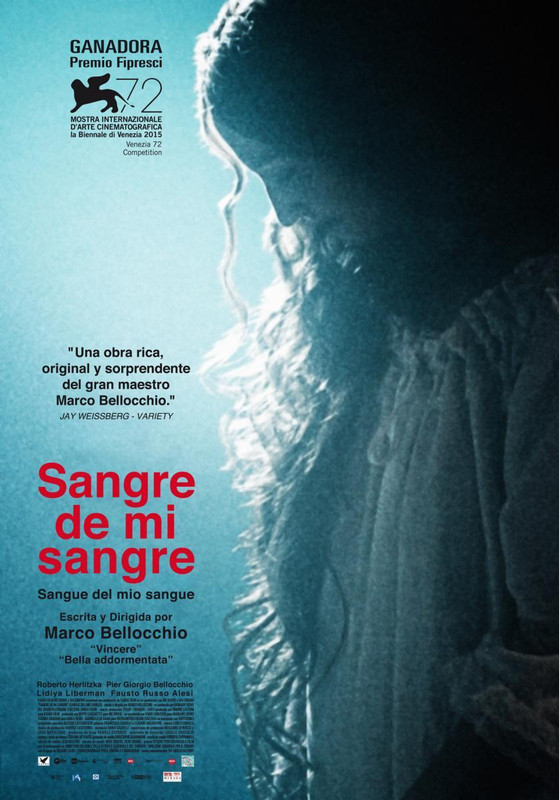 The last Marco Bellochio film I saw at LFF was Dormant Beauty, which managed to tell four quite dull stories, without tying them together in particularly satisfying fashion. Blood Of My Blood restricts itself to just two stories, which are more closely tied together in terms of character and theme, but wildly disparate in tone and in quality.

In the first story, set in the 1700s in a small Italian town called Bobbio, a young woman named Benedetta (Lidiya Liberman) is on trial in a convent, accused of seducing a priest whose suicide now means that he will be buried in a donkey cemetery and thus condemned to hell. The priest's brother, Federico (Pier Giorgio Bellocchio) is attending the trial, though, despite what he tells the priests it isn't always clear what he wants the outcome to be. We then cut to the present day. The convent in Bobbio may soon be sold to a Russian billionaire (Ivan Franek), which would greatly inconvenience the Count (Roberto Herlitzka), the self-described vampire who lives there in secret.

This is easily the most schizophrenic film of LFF so far. It begins soberly, the plot looks to history, such as the story of Joan of Arc, but it also has echoes - largely in subject rather than specifics - of Mother Joan of the Angels, Bresson's Trial of Joan of Arc and of the likes of The Devils and Mark of the Devil. The imagery is lush but not lurid, the aesthetic digital, yet still beautiful, even painterly at times (see the images of Federico standing at the bank of a river, seeing what seems to be his doppelganger silhouetted on the other side). It's a supremely controlled piece of direction, with plot, imagery, and music – the stunning use of Scala and Kolachny Brothers' choral cover of Metallica's Nothing Else Matters stands out – all coming together to create a tense and otherworldly feel.

There is also an eroticism that runs subtly through this section of the film, as if it is a spell cast on the convent by Federico and perhaps, in the past, by his brother. We see this most clearly in the scenes of Federico returning to the guest house where he is staying with two presumably virginal sisters (Alba Rohrwacher and Federica Fracassi). One night when he comes home the sisters get into bed with him and all three begin kissing, we never see whether things go further than this, but there is the unmistakable sense of a force, whether it is under anyone's control or not, drawing these three together.

It is, then, baffling when, roughly 45 minutes in, Bellochio appears to decide he's sick of making that film. He dumps the tension, throws out the eroticism, and replaces it with unfunny farce and a sub Only Lovers Left Alive depiction of the lives of vampires in the contemporary world.

The entire texture of the film changes at this point. If you strain to look for it you can perhaps see Bellochio reaching to say something about the regimentation of the society of the church in the first section of the film set against the more chaotic modern world, in which that structure has had to adapt. Honestly though, I think that's more likely to be something I've made up in order to try and find some rationale for why the film so radically and suddenly changes tack. I'm not convinced it's actually in the film. 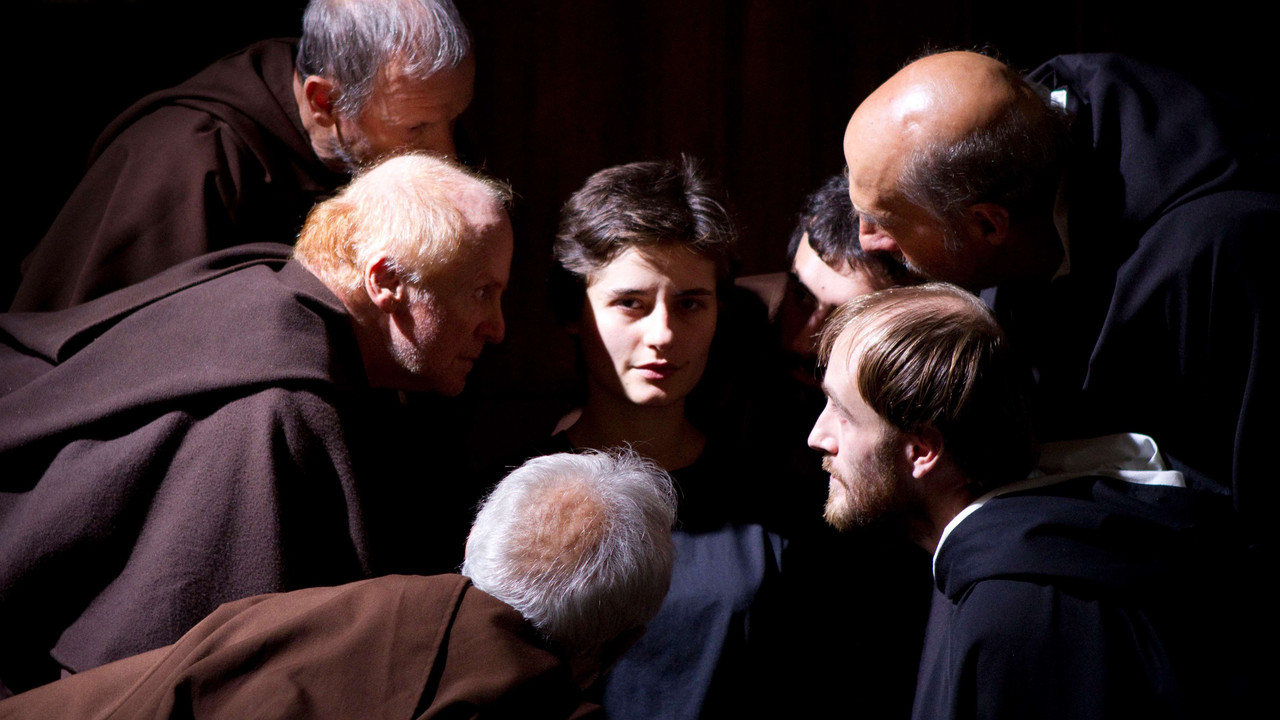 The acting is strong all round, the slightly sinister Pier Giorgio Bellocchio contributes hugely to the strange atmosphere of the period section as Federico and a haunted looking Roberto Herlitzka as The Count manages to add a little poignancy to the modern set story. The female roles are thinner, but  Alba Rohrwacher and Federica Fracassi bring ethereal presence to the sisters and striking newcomer Lidiya Liberman is by turns stoical and tragic as Benedetta.

The modern set section of the film serves a narrative purpose, it provides distance between the film's first segment and its closing images, which revisit the ending of the period section of the film in a haunting closing moment. That, however, doesn't explain the wild tonal detour that Bellochio takes, most gratingly with a small but infinitely irritating role for Filippo Timi. There is plenty of potential for this modern section to resonate, to rhyme with what's come before, but the sharp left turn into comedy completely undermines that possibility. 50 years into his career, Bellochio must know what he's doing, but he certainly doesn't communicate it well.

Overall, Blood Of My Blood is paradoxical. The first 45 minutes are probably the best I've seen at LFF so far this year, but they are fatally undermined by the second story, which seems to either not understand or flatly reject the spell cast by the first half of the film. And yet, for those 45 minutes, and for the last five minutes, I would still recommend Blood Of My Blood. I just can't do so as wholeheartedly as I'd like.
★★★☆☆
Posted by Sam Inglis at 12:16