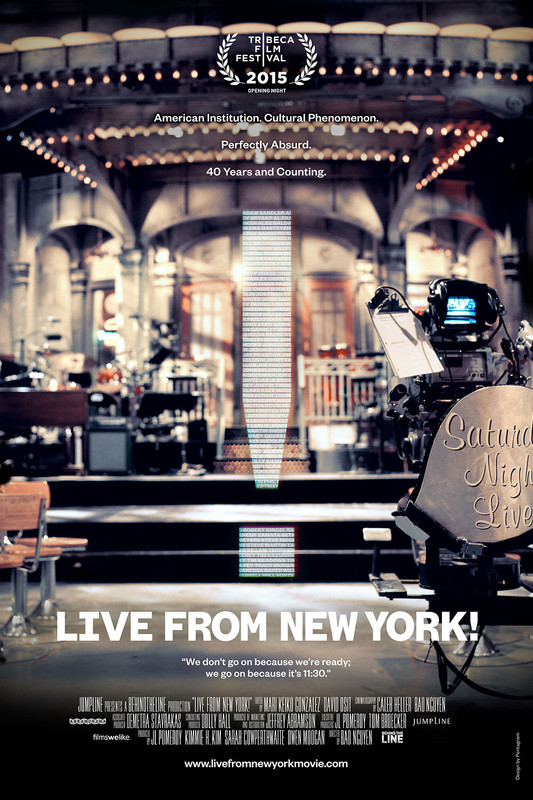 Saturday Night Live is an institution of American comedy. Over the past 40 years, it has launched the careers of many of the most significant figures in comedy in TV and movies. It gave us Bill Murray, Dan Aykroyd, John Belushi, Chevy Chase, Eddie Murphy, Chris Farley, Phil Hartman, Bill Hader, Tina Fey, Amy Poehler and many, many more. It would essentially be impossible to overstate the show's importance. Trying to capture all of that in a single 90 minute documentary would seem like a fool's errand. And so it proves.

The problem with Bao Nguyen's film is less what it is than what it isn't. It dwells largely on the show's origins, before moving on to cover several broad subjects, some behind the scenes (writing, design), others more directly tied to the sketches (the effect the show has had on politics and vice versa). The problem is that with such limited screen time and so much to cover, everything the film does engage with ends up being looked at in a rushed and rather prosaic fashion.

The interviews aren't bad, with some big names along to be talking heads (notably Lorne Michaels), but again what is problematic is the sense of what's missing. The lack of Bill Murray isn't a surprise, but no Aykroyd, no Eddie Murphy, the almost complete brushing under the rug of the 1990s. This also extends to the clips, Murphy is glimpsed briefly in two clips, the Blues Brothers appear in one (count 'em) shot, Adam Sandler is totally absent. Big parts of the story seem to be left untold and what has replaced those things is a pretty perfunctory flip through the SNL scrapbook, one that skips over many of the pages you'd most want to look at.

Ultimately you can probably get a better and more engaging survey of the show in 90 minutes of digging for sketches on youtube.
★★☆☆☆ 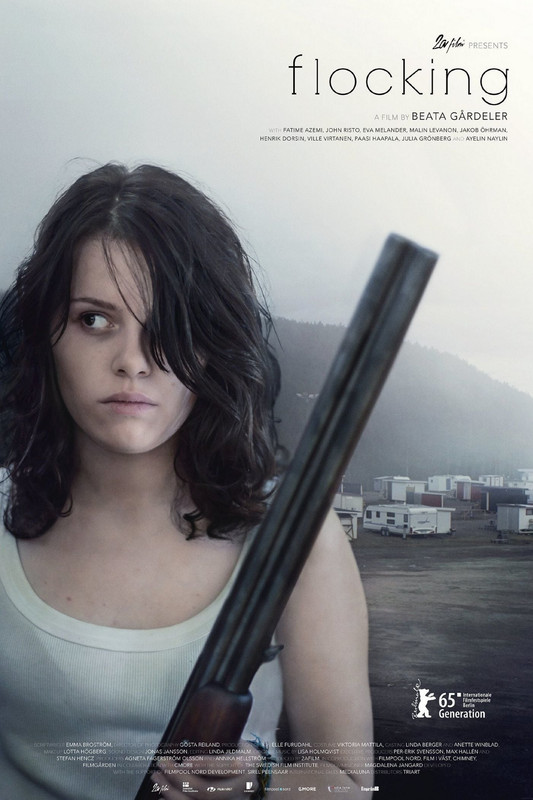 Over the past couple of years, much media focus has fallen on how we, particularly as a community, engage when accusations of sexual abuse are made. Flocking focuses on a single incident, based loosely on a true story. When 14-year-old Jennifer (Fatime Azemi) accuses her classmate Alex of sexually assaulting her it is she and her family who are shunned by her community. Online chatter (led, anonymously, by her accuser's mother) calls her a slut, a whore and assumes that she has made the incident up. Slowly more and more of the community begins to turn against Jennifer, her sister, her mother and her mother's boyfriend.

Flocking is a film of quiet, well placed, anger. For much of its running time, it refuses to confirm what actually happened between Jennifer and Alex, leaving us to draw our own conclusions, as details seep out first in Jennifer's police interview and then in her court testimony, as to whether we trust her account. The film's sympathies are clear, but the facts are never cut and dried until late in the third act.

Fatime Azemi is excellent as Jennifer, tough on the outside but betraying a deeply wounded and vulnerable inside, especially as even her own family struggle to always be sympathetic, as the case begins to impact on their lives in the community. Azemi is best in small moments; portraying the hurt she feels when the local priest, clearly not believing her, tells her how vital it is that she tells the truth or the desperation of the film's last moments. Throughout there's a sense that she's always carrying hurt just under the surface, like a fresh bruise she's trying to hide.

Some of the other performances, especially towards the end of the film as the atmosphere in the town gets ever worse, become a little broad, and both they and the script feel like they are hammering rather too hard on a nail that has already been effectively driven home. This is especially true of a sermon at a school graduation ceremony and the film's final scene, which could easily make the same point without going into such detail as it does.

It's a shame that certain aspects of the film seem to slip from director Beata Gardeler's grasp in the last half hour as, up until then, she has a firm grip of story, performance and chilly, sometimes Haneke-esque, visuals. The problems first become visible when two characters kiss, in a moment that seems to come from nowhere and feels completely out of character for both of them, even in this context. However, Gardeler also delivers some gripping and upsetting character driven scenes. The courtroom scene is remarkable; totally matter of fact but also unbearably difficult to listen to, as is a scene between Alex and his mother late in the film.

Flocking doesn't quite sustain the tense credibility it begins with, but it has interesting and impactful things to say about issues that are as current and as pressing as any that cinema is addressing, that's worth forgiving a flawed third act.
★★★☆☆
Posted by Sam Inglis at 17:17