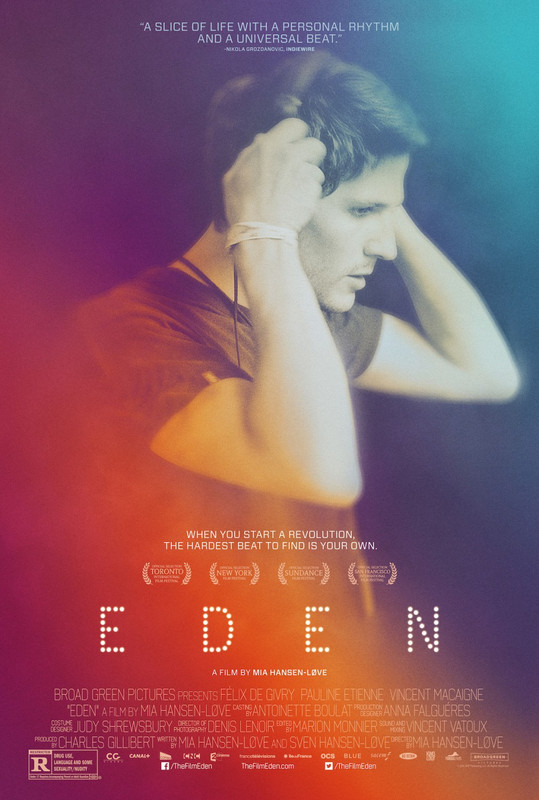 Few filmmakers have recently found a more receptive critical reaction to their first handful of films as has Mia Hansen-Løve. People seemed to compete to fall over themselves with praise for Father of My Children and Goodbye First Love, both of which I found fine, but comprehensively overpraised. Nothing has changed, in either respect, with Eden.

If ever I were to have found a Mia Hansen-Løve film to love, it ought to have been this one. It opens in 1995 Paris, then skips through the following 18 years, tracking Paul (based on Hansen-Løve's brother and co-writer Sven) as he toils away as a semi-successful DJ, half of Cheers; a duo on the Paris underground Garage scene. There's really not much more to the story than that, time drifts by in a haze of drugs and girlfriends; some of whom hang around, others who don't, but who all, like the rest of the characters, have the same basic problem.

Hansen-Løve and her brother are clearly writing about people they know well, but they seem, much of the time, to forget that we don't share that knowledge until they hand it to us. This is the film's central problem. Paul (Felix de Givry) loves music and takes quite a large amount of drugs. Fine. What else defines him, or how much deeper do those characteristics go? He loves music, we get that, but aside from one short statement we never get much sense of what he loves about it. Glimpses of Paul making music are similarly brief, and not one scene shows him working on a track with his musical partner Stan (who has about 4 lines and no personality). This is a frustratingly thin portrait on which to hang two hours, and the supporting cast are, for the most part, little more interesting.

The girlfriends, whose names, 15 minutes after leaving the screening, I struggle to recall, fare similarly poorly. Julia is played by Greta Gerwig. I realise this is a French film and that in the English language segments some of the actors are speaking a second language, but why does Gerwig sound like she's one of them? She turns in a flat, affectless, performance that saps her (mercifully few) sequences of energy. Pauline Etienne makes a slightly stronger impression, and develops a little more, though largely in between the moments that she actually appears on screen. She goes from club chick to responsible parent across the course of the film but, like Paul, she seems to have little inner life. I don't think these issues are always the actor's fault, in fact that's part of why the film is frustrating, Felix de Givry is clearly a talented actor, but Paul isn't giving him much to play with, the same seems to go for Etienne and many of the supporting cast, none of whom do bad work, but seem to blend together rather than establishing much individuality.

I can't help comparing Eden to a much more entertaining film about a different club scene, Michael Winterbottom's 24 Hour Party People. It has a similarly sprawling cast and covers a similarly lengthy time period, but you get a sense of even the most minor characters and they all stick in the mind as individuals. I can recall those characters better now than I can most of those in Eden, and I've not seen 24 Hour Party People for a couple of years.

Though it's based on someone's real experience, and while Hansen-Løve skips over and compresses large chunks of time in a way that recalls the new wave, (one montage, which covers 2004-2007, is a shot of energy in an often languorous film) ultimately Eden is a familiar rise and fall narrative. The drugs storyline, happily, is backgrounded to avoid most of the cliché scenes, but neither it nor any other part of the minimal storyline hold anything that is especially unexpected.

I keep coming back to the same word as I consider Eden: frustrating. It's frustrating because I want to love it, and because I should and because, despite my problems with it, intermittently, I do. The music is beyond fantastic, but it's more than that. Hansen-Løve does have a feel for the music, for how it can unite crowds and DJs in a collective moment, how it can be exciting and cathartic all at once. It's frustrating because this music is orders of magnitude more interesting than anyone we see playing it. That would be more acceptable if this was a documentary about 18 years of the Paris club scene, but in a narrative fiction following a personal journey through that scene it's a severe problem. I did get lost in the music, but I also wanted to feel that I was getting lost with the people I was watching and, aside from a few moments that seemed to place me compellingly in the crowd, most powerfully the MOMA PS1 show, I never had that feeling. 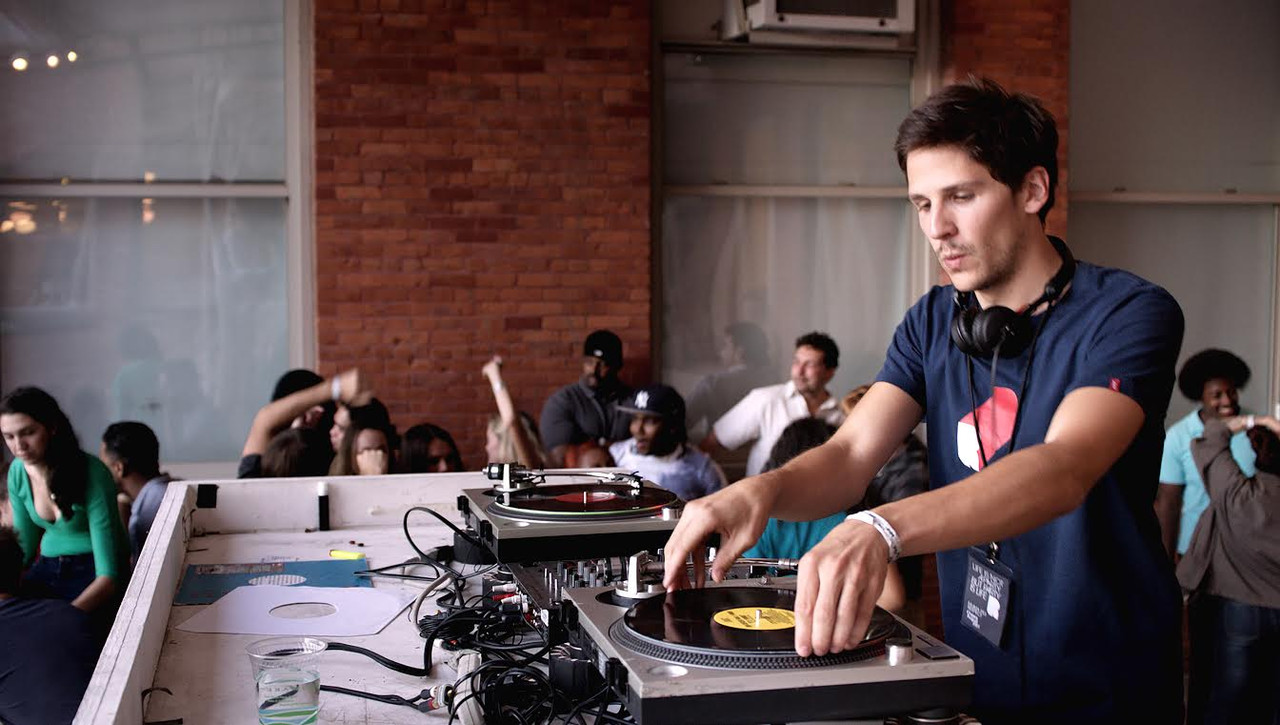 I'm no dance music expert, particularly on this genre and era, but I had heard enough to know my ears were going to enjoy Eden. The problem when it comes to the way the film engages with its music is that I don't feel I know any more about it now. As noted earlier, it barely engages with the making of music or even the process of mixing, but more disappointing is the fact that it only scratches at the surface of what the people engaged in the scene love about this music, so it's likely to keep non-fans at arm's length.

There are a few standout scenes here. The film looks up for a few sequences late in the day with brief roles for Laura Smet as a club girl who Paul spends years trying and failing to sleep with and Golshifteh Farhani as the last of the rotating cast of girlfriends. I wish Smet, in particular, had a larger role here. There is also fun to be had with a running gag about Daft Punk being unrecognised, and thus repeatedly refused entry to clubs, and with a scene in which the characters argue the merits of Paul Verhoeven's Showgirls (for the record, it's terrible, and not on purpose). Otherwise, in all honesty, I found most of the scenes in which there wasn't music playing to be dull, and those where it was to be interesting mainly because of that music.

This, sadly, is probably the most I've enjoyed any of Mia Hansen-Løve's films, but ultimately that is down to her (or her brother's) record collection more than it is to anything else in the filmmaking. The only powerful emotional connection this film made with me was through its music, and it could just have easily done that had I just listened to the soundtrack album.
★★
Posted by Sam Inglis at 07:05