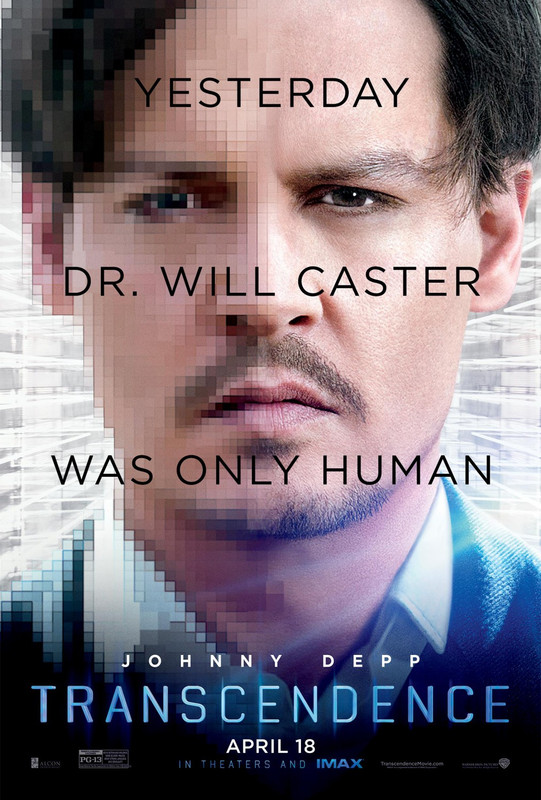 Sci-Fi always reflects the times in which it is made, and today there are few subjects more relevant than our relationship to technology and how its effect on how we interact with each other and the world at large.  Transcendence takes place in what seems to be the very near future when Dr Will Caster (Johnny Depp) and his colleagues (including his wife played by Rebecca Hall and friend played by Paul Bettany) are on the verge of creating a true artificial intelligence that can learn and grow.  At the conference at which he unveils this discovery, Will is shot by a member of radical anti-tech group RIFT.  The only way to save him is to upload his consciousness to the grid of the artificial intelligence.

Perhaps the biggest problem, though not the only one, with Transcendence, is its own opening scene, which takes place five years after the story begins.  In this moment we are told not just that one of the key characters will live, it's also implied that others will not and the state that the world is in after the events of the film is set up in reasonable detail.  For me, this completely robbed the film of any suspense and even any particular interest.  Okay, it's reasonable to suspect that when 'Will' is uploaded things won't go to plan, but the opening flashforward essentially establishes how that problem was resolved, and from there it's pretty easy to figure out, all but beat for beat, how the story will unfold.

Once 'Will' is connected to the internet the problems that he poses are global in their implications, and yet Transcendence is a very small film.  We get no sense of how the world is affected by this new super-intellect and little sense of what, beyond putting one FBI agent (Cillian Murphy) on the case, is being done about it.  Even as the film hits its third act, the conflicts feel small and largely inconsequential, despite what we know the aftermath to be.  This is where the could have real insight into how we interact with technology, but it drops the ball.

Technically Transcendence is fine.  Wally Pfister's images are functional, if not quite the dazzling things you might expect from Christopher Nolan's long time DP, taking his first turn in the big chair, and the CGI is excellent.  The problem is that the whole thing just so dull.  Johnny Depp - after years of doing far too much in Tim Burton films - dozes his way through a par the may actually have phoned in and the rest of the fine cast are working against some extremely thin roles.  Only Rebecca Hall threatens to rise above the screenplay, but her relationship with Depp never seems real, and that undermines the whole film.

There are interesting ideas somewhere in Transcendence, but they are buried under a dull, airless screenplay and largely disinterested acting.
★★☆☆☆ 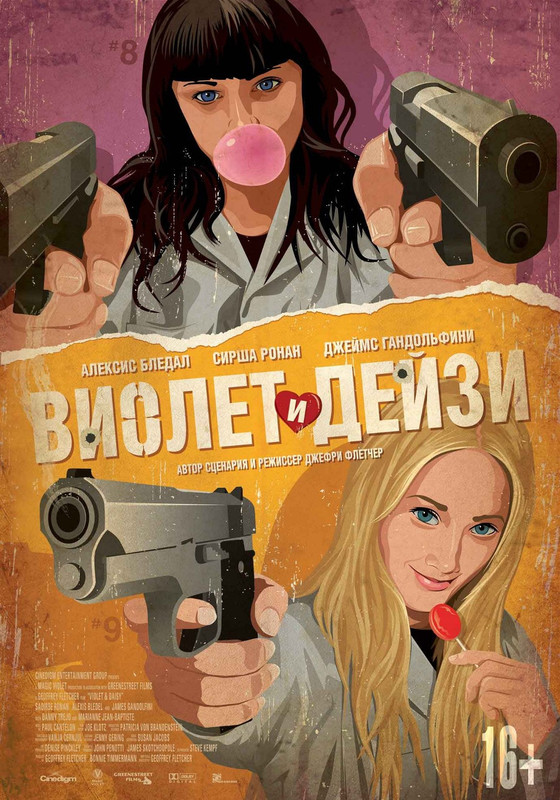 Violet and Daisy is a strange film.  It casts Saoirse Ronan and Alexis Bledel as young assassins whose latest job, killing Michael (James Gandolfini), unsettles them because he welcomes them and because they end up liking him.

There are weird imbalances at the heart of the film; the jaunty tone to a movie ostensibly about two young women killing people for money (in the case of Michael, money they are determined to spend on dresses designed by their idol Barbie Sunday), the fact it's a movie you'd expect a lot of action from, but which is instead almost stagebound.  I'm not sure these are problems, exactly, because this seems to be the film that writer/director Geoffrey Fletcher wanted to make, but it's also a mix of tones and ideas that, despite everyone's best efforts, doesn't come off.

If the film is going for absurdity then Ronan, Bledel and Gandolfini's performances work against it.  This isn't to say they aren't good; Ronan and Bledel play well off each other, with Ronan's Daisy coming off as something of a humanising influence on her partner while Gandolfini is excellent as a man resigned to the sadness of his life and therefore keen for it to stop.  The problem is that the film's tongue in cheek tone rubs up against these fine dramatic performances in a way that doesn't quite work.  That said, there are some funny moments here, especially when Violet and Daisy are using people they've just killed as trampolines ('I want the fat one'.  'They're all fat').

Geoffrey Fletcher's shooting and editing find a similar imbalance; inside Michael's apartment the film can be drab, but action scenes and scenes outside have the cartoony feel of much of the film's humour.  Ultimately I'm just not sure what Fletcher is going for here, there are two movies here, either of which could have been more fun had they been consistently committed to, but the fact remains that Violet and Daisy is an oddly entertaining and endearing beast.
★★★☆☆
Posted by Sam Inglis at 18:27