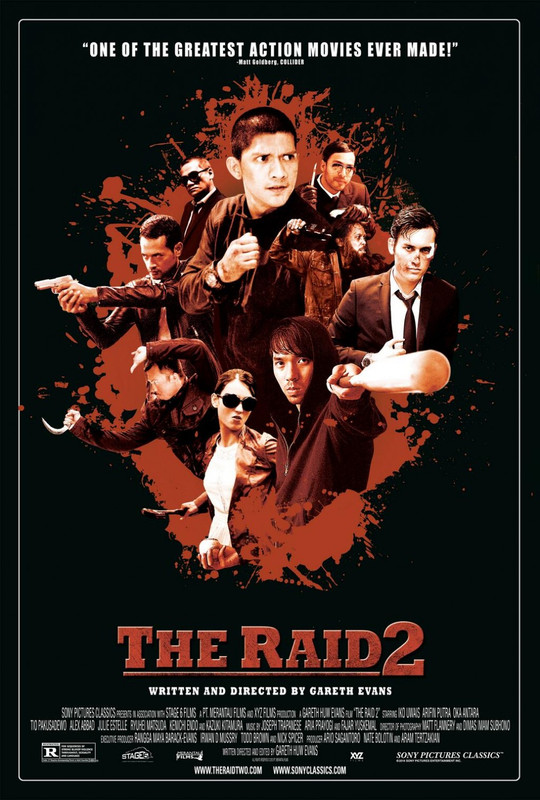 Gareth Evans' breathlessly acclaimed The Raid was a treat for martial arts fans; a lean and focused actioner that, for most audiences, served as an introduction to Evans, his star Iko Uwais and the style of Silat.  It made a virtue of limited plot and character by driving the minimal narrative largely through its action scenes and for many martial arts fans was the most notable new film in the genre since Ong Bak.

You have to admire Gareth Evans for having both the ambition and the bravery to completely junk the structure that served him so well in The Raid for this sprawling sequel.  The film picks up with Rama (Uwais) minutes after the last film ends.  Confronted with the fact that his family is now in danger because of his actions he agrees to go undercover to infiltrate and destroy the gang he fought in the first film, this time from the head down.  It's another simple story, but this time Evans stretches the telling across 3 years of story and 150 minutes of screen time.  This is the killer blow that the film lands, squarely to its own head.

The Raid 2 is the film of a man with nobody to say no to him.  As director, writer and, perhaps most importantly, editor, Evans is most assuredly in creative control here and so the film's myriad failings must be laid squarely at his feet.  We'll come to the action scenes in due course, but it's clear both from his earlier Merantau and now from this film that Evans' gifts are not primarily as a storyteller.  For most of the punishingly long first two hours there is little action and instead what we get is not so much a flip through as a page by page narration of a play by play on the clichés of gangster movies.  The film grinds tediously through the same double crosses and stock character types (the aging boss with the ambitious son, for example), complementing them with baldly expository dialogue and performances that never rise above the functional.

There are some peculiar choices here, especially in terms of how Evans decides to handle such niceties as character development.  Uco (Arifin Putra), the junior boss who Rama ends up working with, is quite a developed character, as is his much more controlled father.  Rama, however, never develops an ounce more personality than he had in The Raid, despite the fact that he should have a personal stake in events this time out.  Yet more baffling is the choice to, out of the blue, give a sentimental backstory to the character played by Yayan Ruhian, who was Mad Dog in the first film (it's not clear if the characters are supposed to be related).  In it's most cringemakingly miscalculated moment, the film then tries to milk this backstory for laughably unearned pathos.  Interesting ideas (Rama's personal stake and journey, the question of whether Rama's boss is a crook himself) are shunted aside for a paint by numbers gangster movie and the film slows to a snooze-inducing crawl.

The film's first two hours do have a few action beats, but they tend to be brief, suggesting that the film is finally, blessedly, about to kick into gear only for it to then slide back into neutral.  An additional problem, to my surprise, is that the action isn't always especially impressive.  A relatively early scene sees Rama involved in a mass brawl in the prison where he is undercover.  The problem is that the scene is often quite fast cut, and when you add that to the fact that everyone is covered in mud it's tough to get any sense of the flow of what's going on, or even where Rama is.  This scene is also silly, because the film has already established that Rama has actually been tried and sentenced for an actual crime, and for longer than expected.  Given that, you might think the several murders he commits in this scene would be a legal issue.

With the exception one sequence I'll address later, for the first two hours The Raid 2 barely engaged my attention.  Even when the action ramped up briefly it felt perfunctory; a sop to action fans, a bribe to drag them through the next lake of tedium lying between them and the last half hour of the film.  The film has raised the stakes for itself by trying to stretch its legs and tell a more engaging story, and the fact it doesn't achieve it is another reason that the action feels underwhelming; we're not involved with anything else, why should we be involved with the action?  This is a pervasive problem with the film.

Taken on their own terms the action scenes of the first two hours are generally well choreographed, but story problems and some overuse of shakycam kept me from becoming totally involved.  Only one sequence, slap in the middle of the film, really pulled me in during this part of the film; the scene that introduces the characters destined to be The Raid 2's breakout stars Hammergirl (Julie Estelle) and Baseball Bat Man (Very Tri Yulisman).  These two, apparently brother and sister, are all but mute and the ferocity they unleash features in the film's most sedately shot and cut action scenes.  Both of their fights (which are cross cut) are impressive in their brutal beauty but it's Estelle's Hammergirl, unleashing Oldboy-shaming levels of hammer violence with an impassive expression on her beautiful face, who steals the show and will from here on out be a poster image on the walls of martial arts loving teenage boys. 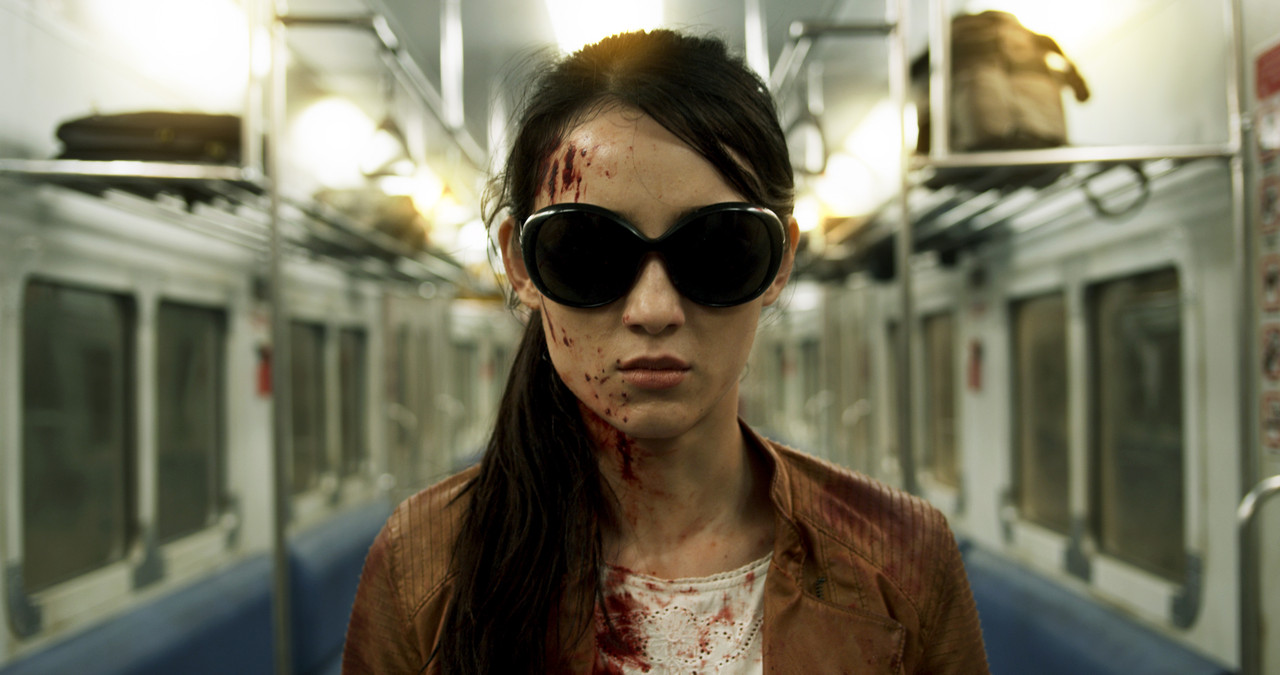 The film does finally ramp up into a sustained series of action scenes in its last half hour, but again, much of it feels bolted on and perfunctory.  There are also odd problems; for a film so heavily plotted I really wasn't sure how Rama ended up knowing which warehouse he should go to for the first of the end of movie fights and in an otherwise impressive car chase Evans' editing made me lose my sense of space and even of which car Rama was supposed to be in.  That said, there is some truly impressive action in the film's last half hour.  The car chase also features an impressively claustrophobic close quarters fight in a moving car and Rama's long awaited face off with Hammergirl and Baseball Bat Man doesn't disappoint.  The third of the major henchmen (let's call him curved knife dude) also gets a dynamic and brutal showcase, but I couldn't help feeling that as a final fight (which it shouldn't be, I was waiting for a twist involving the crippled gang boss) it was a disappointment, largely because the kitchen setting offers so many opportunities for inventive prop use, none of which are taken.

The Raid 2 has already been called the greatest action movie ever made.  That was always likely to be nonsense, because both Die Hard and The Prodigal Son already exist, but for it not to even be the best action film released in the past four weeks is a massive disappointment.  Evans' ambition can't be faulted, but he has spread himself much too thin here and if he wants to truly expand his canvas he needs to work with actors whose talents are broader based and spend much more time on his character development.  There are moments of excitement here, but they are far too few and far between to add up to anything that mitigates the tedium and disappointment of the bulk of the film.
★★
Posted by Sam Inglis at 23:47