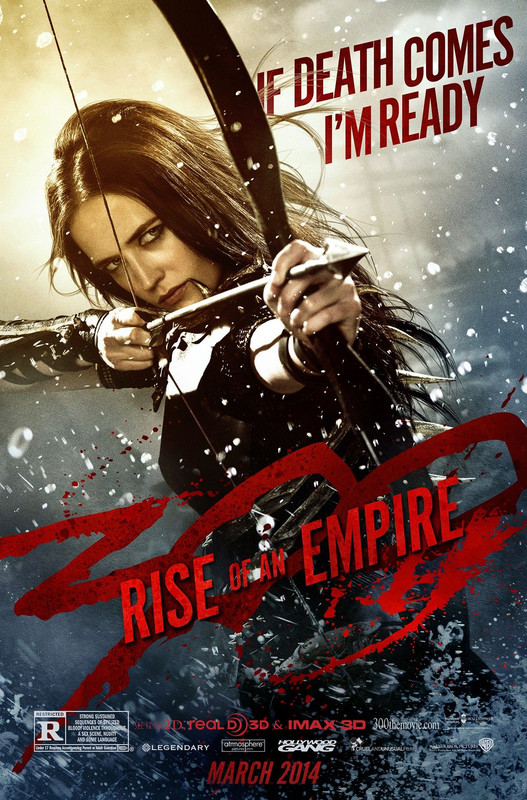 I had no intention of seeing 300: Rise of an Empire.  I saw Zack Snyder's film at the cinema and found it rather dull and over-stylised, with little to recommend it unless you thought the visuals were cool (which I didn't, at least not notably).  The thing is, Eva Green is in it, and Eva Green has a history of making rubbish things tolerable (Dark Shadows, anyone?).  So, persuaded by promises that she was very cool in her part here, I found myself sitting down.

300: Rise Of An Empire isn't a typical sequel, it takes place before, around, on top of and after the events of the previous film (though original star Gerard Butler appears only briefly, in footage culled from Snyder's film).  This time the focus is on Themistocles (Sullivan Stapleton); an Athenian general who wants to unite the city states of Greece as a single free nation, but first must repel a Persian attack, led by ferocious naval commander Artemesia (Green).  Story wise, it's extremely basic, with the key difference from 300 being that the bulk of the fighting takes place on the water rather than hand to hand.  Otherwise, it's largely the familiar formula; men in their pants and (sometimes) capes chopping each other into pieces with swords, only this time in commercially mandated 3D.

Though it also has issues when it comes to storytelling and acting, 300: ROAE is, for me, nearly crippled by its visuals.  I was expecting the look to be very similar to that of Zack Snyder's film (and almost the antithesis of the look of director Noam Murro's last film; middling dramedy Smart People) and it is, or would be, but for the 3D.  We've long known that 3D means that there is a considerable loss of brightness in the projected image, but I haven't seen the darkening effect of the process pose such problems as it does here in a long time.  While the 3D is rather better utilised, the level of darkening reminded me of 2010's abysmal Clash of the Titans, famously hurriedly and poorly converted.  This comes as less of a surprise when you know that this film is also a conversion job, but in this day and age, it should not look this bad.  For the few scenes in which it is reasonably bright when seen without glasses, the 3D renders 300: ROAE washed out.  Every scene that is intended to have some brightness seems overcast and grey.  This is a particular problem for a film that is set predominantly outside because I was never able to tell what time of day it was supposed to be.

As bad as the 'brighter' scenes look, most of the film is clearly designed to be dark, and this is especially true of the many battle scenes.  The sea battles look absolutely appalling, drained of all light it's sometimes like trying to watch shadow puppetry against a black background.  It's even more annoying because, peering through the murk, there does seem to be some pretty cool fighting to watch here and the action sequences here do seem more varied than those I recall from the first film.  At its most basic the aspiration of 3D cinema is surely to allow you to see and experience more in a film.  In this and many other cases, the process accomplishes the exact opposite.

Noam Murro's direction is otherwise only really notable by how anonymous it seems.  The film is totally in thrall to the visual template set down by Frank Miller and Zack Snyder.  Murro seems about as much a director here as I am a carpenter when I build an Ikea shelving unit.  But, like an Ikea shelving unit when the instructions have been followed, the end product stands up and does its job. The cast aren't too bad for the most part, given how basic the material is.  Sullivan Stapleton yells his stirring pre and post battle speeches with some degree of force, and Hans Matheson is okay as his second in command.  The rest of the characters are largely identikit half dressed men, essentially there to be inventively sliced to bits.  Reprising his role as Xerxes from the original, Rodrigo Santoro is physically imposing, but sadly has little to do. 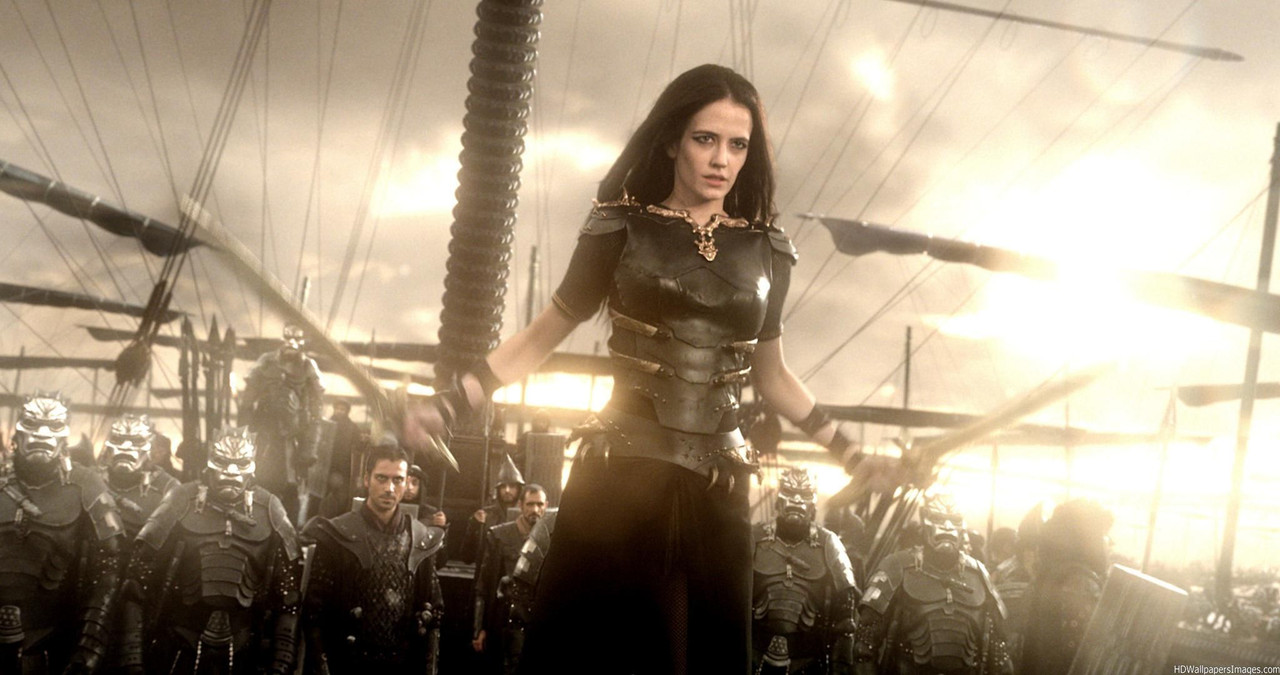 300: Rise Of An Empire is a film largely about and apparently largely for men.  It's surprising then that its two female characters completely steal the show.  First, there is Lena Heady, reprising her role as Queen Gorgo and narrating the film.  Heady has a great voice and makes the exposition more engaging than it deserves to be, but more than that I've always liked her as a screen presence.  Even when she's standing still, Heady has force about her, and that pays dividends here; Gorgo is believably tough, very much the female equivalent of Gerard Butler's character and when, at the very end of the film, she gets into the action I found myself ready to watch another half hour of her slicing and dicing Persians, for I am a man of simple pleasures.

Good as Heady is, her role is limited and she and the rest of the cast are simply blown off the screen by the sheer force of charisma that is Eva Green.  Green is arrestingly beautiful but more than that she just has something that draws you to her; she's a proper movie star.  She also, as she did with Dark Shadows, completely gets the tone of what she's doing here.  'I'm in a 300 movie', she seems to calculate, 'there's no such thing as too much'.  In Green's hands, Artemisia becomes the most gleefully nasty villain I've seen for some time.  In a film full of men she's the one with the biggest balls, and it's fun to watch her malevolently calculate her every move, scything her way through men as she does so.  The film improves immensely whenever she is on screen and when she departs it seems to tread water until her next appearance.  Green also provides the film with a scene and a few images that belong in the pantheon of cool exploitation cinema moments.  None more so than when, topless and immediately post-sex, she threatens Themistocles with her sword.  300: Rise Of An Empire is, at the most fundamental level, risible nonsense, but all by herself Eva Green makes it worth watching and, for much of the running time, immense fun.  Someone has to give her her own action franchise.  Now.

I didn't expect to enjoy 300: Rise Of An Empire at all, but I surprised myself.  It's no masterpiece, even on its own terms, and the fact I enjoyed it at all is largely down to Eva Green and Lena Heady.  I suspect it will improve on Blu Ray, when the fog of 3D will lift and more of the action will be visible and, to my surprise, I'll likely pick up the disc to find out if that's the case.
★★★☆☆
Posted by Sam Inglis at 17:18