My third coming of age movie was going to be Tuff Turf, but since I found it incredibly dull and have little to say about it besides 'THE 80'S!!' I decided I would count the other film I watched that day, which also had a lot of coming of age elements, as the day's entry in this series. 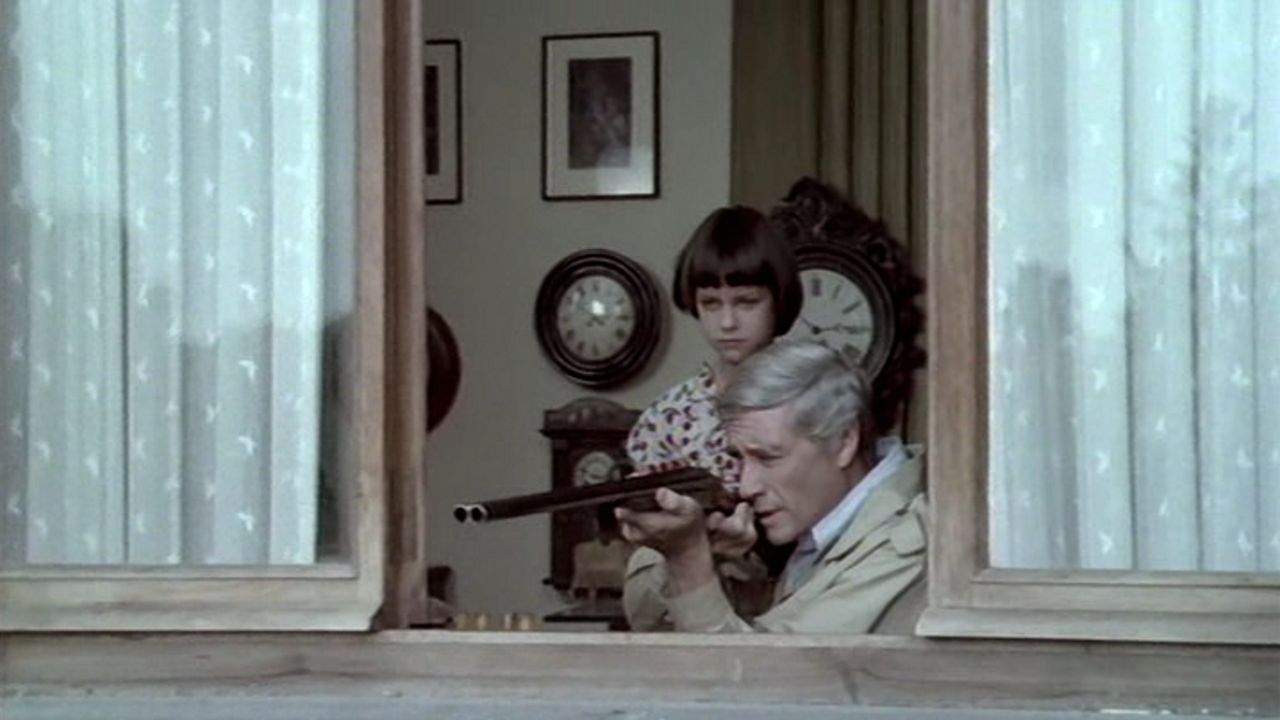 My interests in coming of age movies and exploitation cinema often cross over, but seldom in as troubling a manner as they do in L'Immoralita [Immorality].  The film opens with Federico (Howard Ross), a serial child killer, burying his latest victim, then being chased down by the Police.  Injured, he comes across Simona (Karin Trentephol) an 11 year old girl who agrees to help him and gives him a place to hide.  As the local community hunts Federico, Simona begins to fall in love with him, and react jealously when her mother (Lisa Gastoni) seduces him.

First love is a common theme in coming of age cinema, and it will run through almost every entry in this series to a greater or lesser degree, but this is perhaps the most disturbing take I've ever seen on the subject (with the possible exception of Maladolescenza), both because Simona is so young and because she is not naive about what Federico has done.  There is a duality about Simona's character; in some ways she is hopelessly naive, she clearly still has a child's understanding of adult relationships and her jealousy of her mother is a child's petulance.  However, Simona is also calculating.  A chilling scene in the middle of the film has her stealing a gun and buying bullets on her father's account, for what reason we don't yet know.  Simona also seems aware of the way that she appeals to Federico and this too plays out in an extended and uncomfortable scene.  The discomfort around the Simona character is even further accentuated because, even through the haze of typically shonky Italian dubbing, you can see that Karin Trentephol (who never made another film) is giving an excellent performance.

While the increasingly disturbing dynamic between Federico, Simona and her mother holds the attention, there isn't much drive to the narrative that has both the Police and local vigilantes after Federico, with the film conjuring little of the fevered atmosphere of provincial paranoia that Lucio Fulci's Don't Torture A Duckling manages.  Ultimately the film is a mixed bag; competently shot, variably acted as far as one can tell through the dubbing, but at the centre lies this fascinating and disquieting relationship.  It's not an easy watch, even for fans of Italian sleaze, but it is worthwhile.
★★★☆☆ 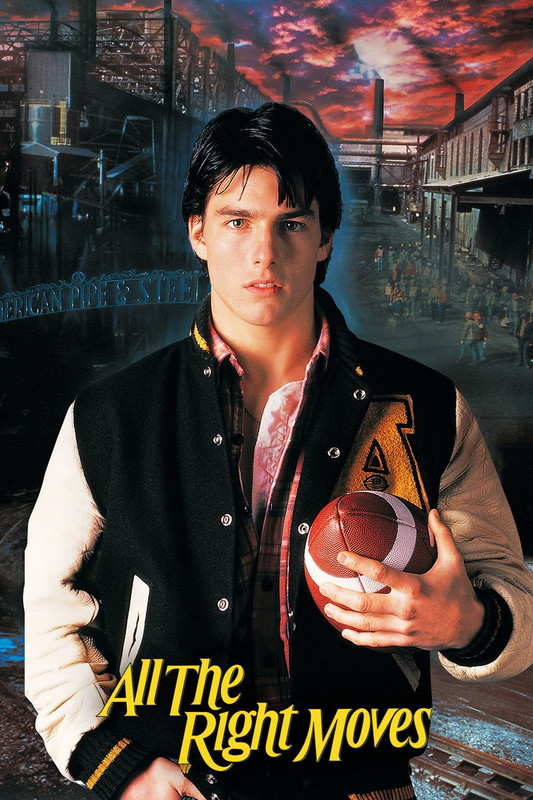 I thought that All The Right Moves was going to be a rather different movie than the one it turned out to be.  It begins with that staple of the 80's movie; its own (pretty upbeat) theme song, and I was expecting to see Tom Cruise triumphing against the odds as a small town high school football player trying to find a scholarship to a college.

The movie soon set about disabusing me of this notion, from the colour palette on down All The Right Moves is a surprisingly bleak and hard hitting film.  What it's really about is people, young as they are, being trapped in a bad situation and having one chance to get out.  This is the situation we find Cruise's Stef in.  He's a high school senior, a star player on the football team with a few colleges sniffing around to give him a scholarship, and he knows this is his only way out of an economically decaying future in a Pennsylvania steel town.

Former cinematographer Michael Chapman paints the town in greys and browns, the colour and energy seeming to leak out of it along with the jobs and this, along with the way we see Stef's friend (Chris Penn) captured by the town when he gets his girlfriend pregnant, accentuates the urgency of escape.  Interestingly, the image Cruise has built since this film played into my expectations, his characters usually lead such charmed lives that I expected the obstacles that Stef would have to face would be extremely minor, instead the conflict with his coach (a very good Craig T Nelson) seems as though it will consign Stef to the scrapheap.

Outside of the football games and the attempts to escape from his dead-end town, there is a relationship storyline.  Lea Thompson's melancholy performance as Stef's girlfriend Lisa gives the film several of its most resonant moments, especially a scene in which she tells Stef that she too has ambitions beyond their town, but that music scholarships aren't on offer.  Her monologue realising that much of her life is, at seventeen, already written for her is extremely sad and resonant.  Thompson, an underrated actress who should have had more chances, is great in the part.  It's also worth noting that she's probably responsible, thanks to one scene, for a lot of boys growing up pretty suddenly.

Cruise is also good.  He's much less put together here than he has been in most of his films and Stef (while, of course, ridiculously handsome) does come off like a typical teenager.  Cruise plays him naive but anxious, this comes through notably in the sex scenes, but also informs the rest of the character: Stef wants things; Lisa, his scholarship, and naively thinks that he can't, at this point, jeopradise his chances of having them.  Cruise's youthful exuberance suits the opening part of the film well and makes it all the more effective when he's beaten down.

It's a pity that Michael Chapman didn't direct more (only one more notable feature, Clan of the Cave Bear, followed this, his debut), instead of returning to cinematography.  He shows an affinity for his characters, extracting uniformly strong performances from his cast, and his unobtrusive camera style makes their world feel real and vivid.

While it snatches victory from the jaws of defeat (in what feels like a bit too much of a movie moment), for the most part All The Right Moves is an effectively downbeat drama that has something to say about growing up, but also about how adulthood doesn't always live up to what we expected.
★★★★☆
Posted by Sam Inglis at 14:03