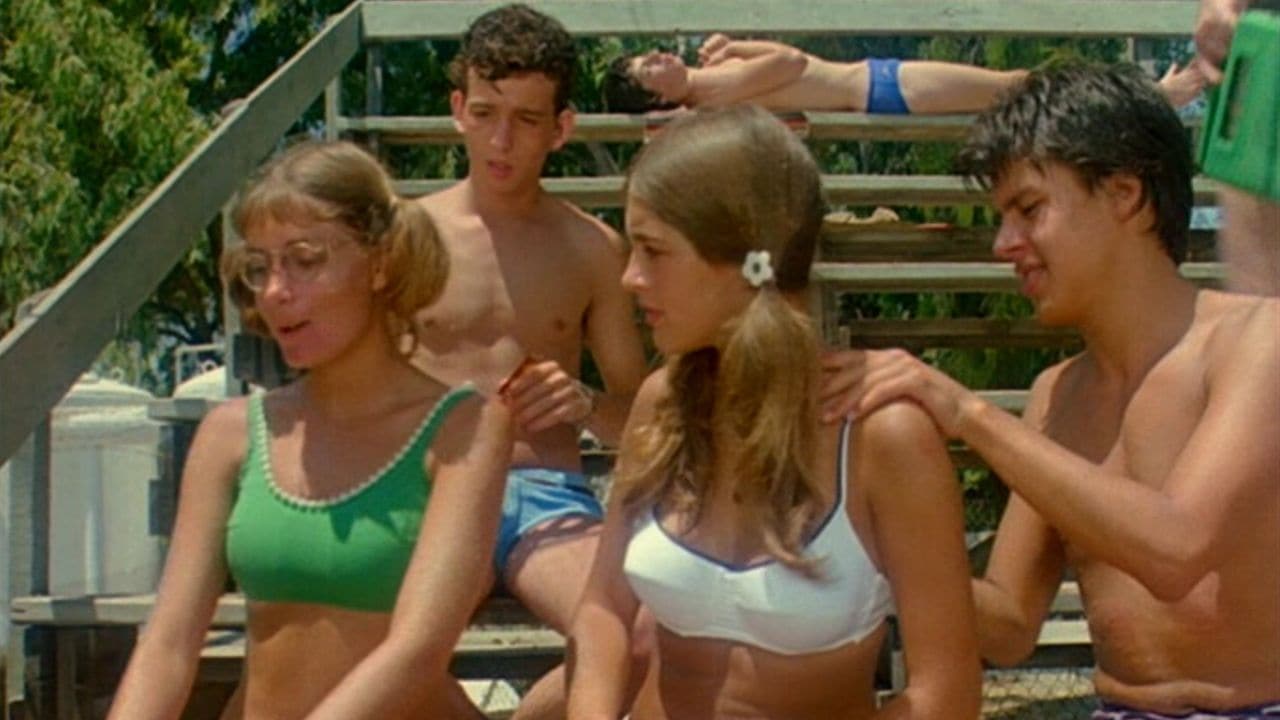 I'm as guilty as anyone of complaining about the massive proliferation of remakes that currently infest cinemas, but it's hardly a new trick, hell, The Maltese Falcon is a remake.  This 1978 Israeli film, based on the teenage experiences of its writer-director Boaz Davidson, became a surprise hit around the world and by 1981 Davidson had remade Lemon Popsicle in the US as The Last American Virgin.

What's really interesting about watching Lemon Popsicle as a fan of The Last American Virgin is how incredibly familiar it is.  For the most part, the two films are shot for shot identical, with this feeling very much like an American film.  I think that's a problem for Lemon Popsicle; it's so wedded to this American feeling that it doesn't explore some of the specifics of the time and place it is set, which might have made it a more interesting film.

Most of the things that work about the remake also work here.  Many of the comic set pieces are identical and most of them play out amusingly, and the film also has that same streak of melancholy that runs right through the first hour, making it both a bit deeper and considerably easier to identify with than your typical teen comedy.  The performances are solid enough, but, and maybe it's just affection for The Last American Virgin talking here, I can't get used to anyone else in Lawrence Monoson and Diane Franklin's roles.  In the one major sequence that isn't recreated shot for shot in the remake, Lemon Popsicle comes off weaker.  The cinema-set opening scene isn't half as good as the brilliantly sustained farce of the party that begins Virgin.

Otherwise, the film has many of the same missteps that we see in the remake, especially in regards to the extended (and boring) scene in which the boys are, in turn, seduced by an older woman and to the poor pacing of the third act.  Given that the sequences dealing with abortion are, in this version, set in a country and at a time when abortion was illegal (limited abortion rights were approved in Israel just as the film was being shot in 1977), it is criminal that Davidson doesn't give them a little more time and exploration.  He gives the depiction of these scenes the same harshness we see in Virgin, but missing the social context is strange and disappointing.

The moments that work are still extremely entertaining and the 50's rock and roll soundtrack is great, but this, for me, is a film outshone by its remake.
★★★☆☆ 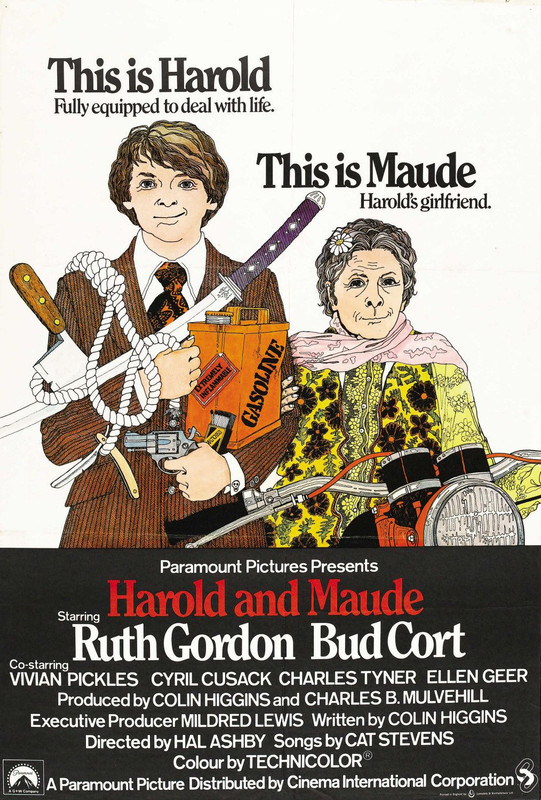 Every film nerd I know has those gaps in their viewing, those films you just can't believe they haven't got round to before.  I suppose that, given my affinity for coming of age movies, Harold and Maude was one of mine.  I suspect that it's now going to become one of those films I wish I had liked a bit more, if only for the sake of my critical credibility.

This story of a very odd young man (the very odd Bud Cort) first becoming friends with and then falling for a free-spirited woman more than sixty years his senior (Ruth Gordon) felt rather like two films to me.  There is the quirky, very Wes Andersonish, comedy of Harold's home life with an overbearing an inattentive mother who he constantly tries to provoke by pretending to commit suicide in various creative ways.  This part of the film raises some blackly comic laughs.  When Harold's dating agency matches turn up there are some great lines from Harold's mother ("Harold, that was your last date"), but on the whole it does feel overly, aggressively, quirky, which is something I don't like in Anderson's work and wasn't a lot fonder of here.  Ultimately I didn't find these scenes consistently funny enough, nor do they have the emotional impact that the rest of the film achieves.

Much more effective for me were the scenes that concentrated on Harold's growing relationship with Maude.  Cort and Gordon are both excellent and the spark between them as actors is surprising and engaging.  Also a nice surprise is that the film inverts your expectations; in this relationship, it's not the 17 year old that helps the 80 year old to rediscover life but vice versa.  Ruth Gordon's feisty performance is a lot of fun, and you can appreciate why the dour, death obsessed, Harold would find himself drawn to her.  I also like that, even as they open up, the characters don't lose their idiosyncrasies, nor Harold his discomfort around people other than Maude; a much more realistic choice than having him suddenly become a fully functional member of society just because of this relationship.

The scenes between Cort and Gordon retain the odd, offbeat, black comic tone of the rest of the film but add a layer of tenderness that ends up making the relationship less creepy than it might otherwise be, and very touching by the time the credits roll.