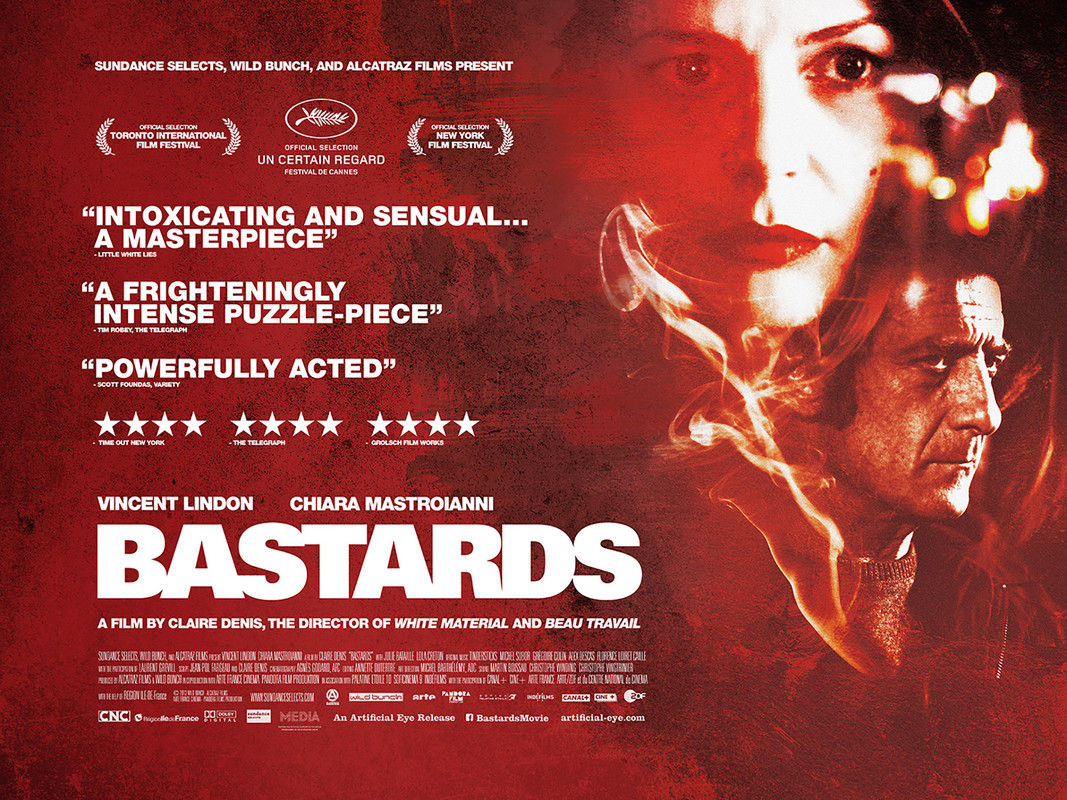 Bastards is a film that wants us to believe it's a good deal cleverer than it actually is.  Well, it's not fooling me.

The basic storyline of the latest from Claire Denis is a simple revenge tale.  After his niece (French cinema's it girl du jour Lola Creton) is found wandering naked on the streets following an assault Marco (Vincent Lindon) returns from his job in the merchant navy to take revenge on the person who hurt her.  This simple story is then filtered through a series of pointlessly elliptical scenes that often seem only distantly connected but build with a sense of thudding inevitability to exactly the 'revelation' you'd expect.

This is supposed to be a revenge film, but it never builds any momentum as one.  There are two reasons for this.  Firstly because we're more engaged in trying to figure out exactly what's going on and in what order it is happening (it seems largely chronological, but with a few pointlessly temporally fractured moments that serve merely to confuse).  Secondly, the film spends very little of its running time actually focused on the vengeance plot and instead dwells on the relationship between Marco and Raphaelle (Chiara Mastroianni), a single mother living in the same building he's holed up in.  The scenes between them are reasonably explicit in terms of their content, but do little to advance the characters and as soon as you know that Raphaelle has an older rich man who is the father of her son you'll figure out where this plot point is going.  The only thing here that injects drive or rhythm is the typically excellent score by Glaswegian band Tindersticks, continuing their long collaboration with Denis.

Lindon's cracked leather mask of a face works well enough for the inheld character of Marco, the mistake is in the writing.  We need more sense both of him as a person and of the drive behind what he's doing, junking his entire life to pursue this unclear vengeance.  The other performances are equally serviceable, though it's dismaying to see such thin and exploitative roles for Mastroianni and, especially, Creton, who deserves better than having to play the nude McGuffin she is here.

Even when we do actually get to the dénouement it is both obvious and underwhelming, having very little impact because the build has been so lacking.  The overall impression that I got was that Denis; an auteur, an artiste, had wanted to make a revenge film but at some point became embarrassed of the idea of making something as tawdry and genre driven as a revenge film.  The ellipses, the jumbled timeline, the many, many scenes that don't go anywhere, they all seem to me a way for Denis to dress up her nasty little genre piece and pretend that it's cleverer and more artistic than other revenge films.  I hated that about Bastards.
★★☆☆☆
Posted by Sam Inglis at 10:38