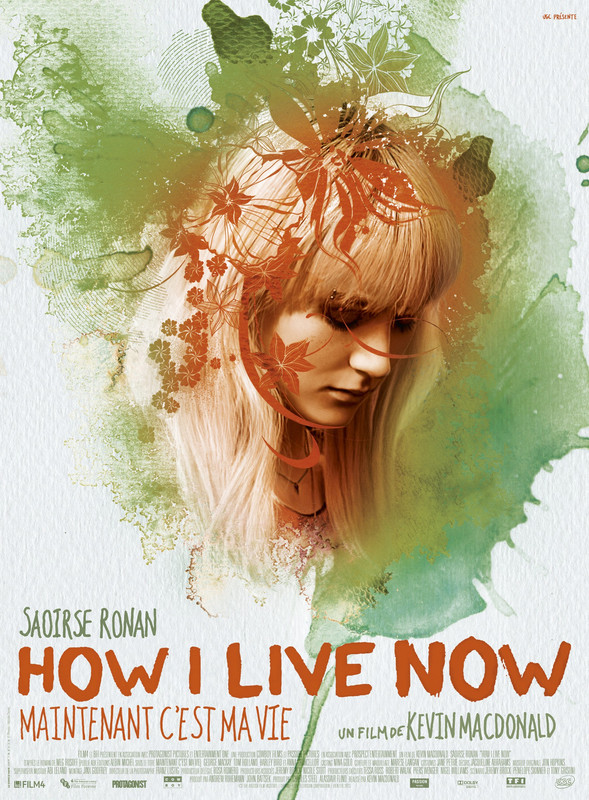 It is debatable whether How I Live Now truly counts as a post-apocalyptic film, but that's certainly what it feels like at a micro scale.  It shows us a Britain torn up by a sudden and unexplained war and for its main character, Daisy (Saoirse Ronan), only one thing matters; that the person she loves, Eddie (George McKay), is still alive and that she finds her way back to him.  As a synopsis it sounds a bit twee, but this is a dark film that deals in some relevant ideas and heavy consequences, even if it doesn't always do so totally successfully.


How I Live Now opens with the war very much in the background.  Kevin MacDonald and his team do nice, subtle, work establishing a heightened sense of security in Britain as Daisy lands at the airport in the film's opening sequence, and the threat is always nicely seeded in the background of the film's bucolic first act.  The first act also establishes some strong characters.  Isaac (Tom Holland), the 13 year old cousin who picks up Daisy from the airport is particularly effective, with Holland's performance showing Isaac to be visibly torn between being a kid like any other and the responsibilities that the potential coming conflict may place on him.  There is also a nice performance from young Harley Bird as Daisy's youngest cousin Piper, whose performance evolves throughout the film to end up in a very different place than the sparky 9 year old of the first act.

Of course the standout among the cast is Saoirse Ronan, for whom I am soon just going to have to invent new superlatives (submit your own in the comments).  This is a different character than we've seen Ronan play to date.  Daisy is troubled, apparently wracked with guilt, heavily medicated and to begin with she's brittle and bitchy.  The progression of the character is organically played by Ronan.  Daisy doesn't magically become a lovely person either when she falls for Eddie or when she's forced on the run with Piper (a quest narrative that forms the second half of the film) but we do see other sides to her, as well as how her lack of sentimentality allows her to mask her emotions and carry on at difficult times.  This is Ronan's first really adult role and she carries it off with great assurance, becoming a credible surrogate parent by the end of the film.  Hopefully this marks the real transition for her into adult parts that will allow her to stretch her undoubted talents even further.


The one performance that really doesn't work is also one of the key elements of the central problem with How I Live Now.  George McKay isn't terrible as Eddie, but he is rather bland in a cut rate Robert Pattinson sort of way (and having already seen Ronan play of two of those earlier this year in The Host there is a sense of deja vu).  He's not helped by the screenplay, which makes Eddie the least developed character and also, in its single biggest failing, allows the love story to fall flat.  The entire second half of the film has to be driven by the fact that Daisy's love for Eddie is so powerful that all she wants, all she cares about, is to see him again and to know he's alive.  What we see here just doesn't suggest that sort of passion.  When Daisy burns her ticket home, saying all she wants is to stay with Eddie, it's hours after they have become lovers and about a day and a half since Daisy has stopped being a monumental bitch to all of her cousins.  The turnaround, despite Saoirse Ronan's best efforts, rings hollow to me. 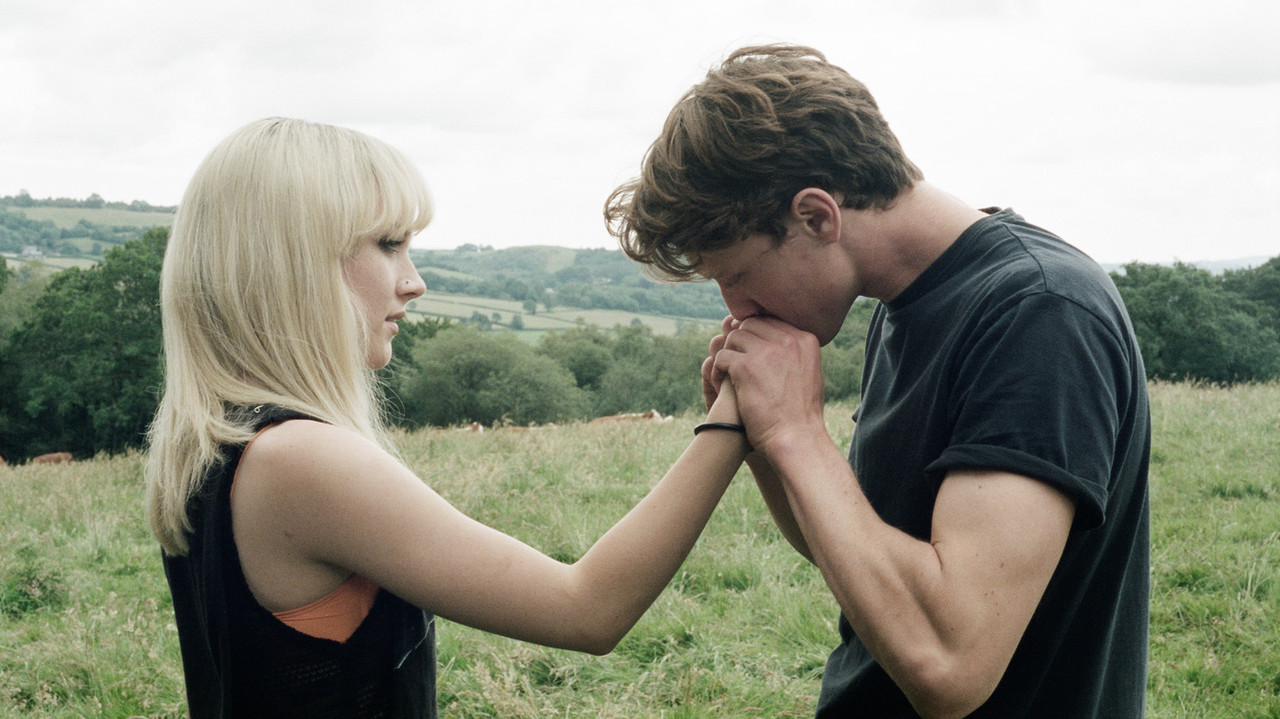 This issue does make the film's second half difficult to buy into, but that's not to say it's a dead loss.  Ronan and Harley Bird are both excellent in the long sequences that see them walking cross country, trying to get back to Eddie and Isaac and Kevin MacDonald finds bleak beauty in the landscapes as well as some haunting moments of darkness.  Two moments really stick out in this part of the film.  The first is when Daisy sees a girl of about her age being dragged into the woods by soldiers (from which army we never know), clearly to be raped and killed.  It's a gut wrenching moment, with Daisy forced to leave the girl behind, rather than be caught herself and Ronan plays the horror of it brilliantly.  The other great moment is a scene in which Daisy searches through a pile of corpses, looking for Eddie or Isaac.  You can almost smell that scene, and the implied brutality behind it is terrifying.


There are small things here that don't really work.  For instance we can often hear jumbled voiceover of overlapping thoughts in Daisy's head, but it's never really addressed what is going on inside her head, never develops and never has any dramatic effect.  Perhaps this is an attempt to mirror an internal monologue from the books, but it feels clumsy.  It's also a pity that, having gone for such a bleak tone throughout, the film supplies a couple of credulity straining deus ex machina (or rather deus ex fauna) moments as it begins to wrap up.  It's not as though the ending is ever in real doubt, but this still feels like a bit of a cop out.


How I Live Now has many things to recommend it; a great leading performance; a harrowing and eerily plausible premise and Kevin MacDonald's subtle but unblinking direction, but the fact that the central love story falls flat means that, for me at least, the film never becomes the sum of these interesting parts, still, it's certainly a different coming of age film and Saoirse Ronan is always worth watching.
★★★☆☆
Posted by Sam Inglis at 15:09