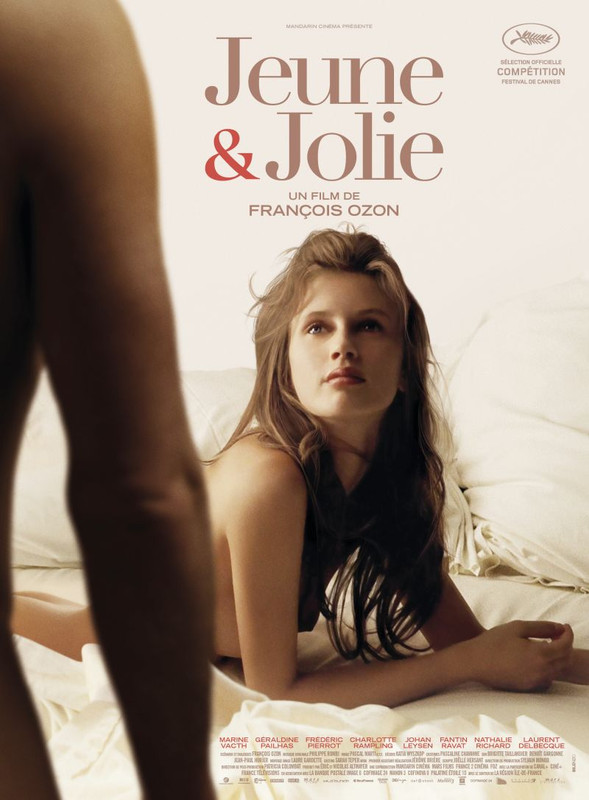 Ever since I first saw his feature debut, Sitcom, about fifteen years ago, Francois Ozon has been both one of the most exciting and one of my absolute favourite working filmmakers.  Last year he really hit the heights with In The House; a film that played with and analysed film and storytelling, while also working as a thriller and a comedy.  Even as a big fan I had accepted going into Jeune & Jolie (Young & Beautiful, for those whose GCSE French has deserted them) that it was unlikely to match that film, but I really didn't expect it to be the crushing disappointment that it is.


Told over twelve months, beginning in Summer and split into four seasonal sections, Jeune & Jolie begins by introducing us to Isabelle (Marine Vacth).  She's holidaying at the beach with her family and about to celebrate her seventeenth birthday.  The night before her birthday Isabelle sneaks out and loses her virginity to a boy she's had a holiday romance with.  The next time we meet Isabelle it is Autumn, she's back at school, but in between homework assignments, she has begun working as an escort, under the name Lea.

Recently there have been a few films about students turning to prostitution to fund their studies (the best of the bunch is the bleak Student Services).  Jeune & Jolie is different in both tone and content to those films.  On the one hand, this could prove refreshing, as Ozon doesn't take us on the familiar downward spiral of danger and drugs often seen in films about sex workers. Unfortunately what he does serve up is so thin and underwhelming that he seems unsure of what he's trying to say. The film seems to have no opinion about Isabelle's work, no interest in why she got into it and no insight into what she gets out of it (we never even see her spend any of the money she makes). From a director has long been renowned for his complex characterisation of women and for his work with actresses, this lack of insight is disappointing, and it brings the film tumbling down.

Jeune & Jolie actually begins promisingly. The opening image of a topless Isabelle on the beach, viewed through binoculars by her twelve-year-old brother Victor (Fantin Ravat), is shot through with Ozon's obsessions; it's a beach shot, dwells on beauty and is full of implied unconventional sexuality.  It's the biggest, but almost the only, auteurist statement of the film and Ozon largely fails to explore the most interesting undertones that it suggests.  This is often the story of this film; it's packed with interesting avenues that I want to see Ozon explore, but he never does.


Victor is a perfect example.  In several scenes there is something bubbling under the surface; the suggestion that Victor is attracted to his sister – certainly he tries to explore his sexuality through her – but this never comes to anything, Ozon seems to repeatedly brush the idea aside in favour of following Isabelle in what is a rather more conventional and less interesting coming of age narrative.  This pattern repeats with the stories about Isabelle's mother (Geraldine Pailhas) and her possible affair with a family friend, Isabelle's relationships with friends and lovers after she leaves prostitution behind and, most frustratingly, Isabelle's relationship to her job and her clients.

Ozon's films have never pulled back from sex and nudity, but Jeune & Jolie is unusual even in this respect.  Ozon is gay, which is something that informs his work.  He clearly appreciates female beauty, but he's never made a film that has such an explicitly male – and straight – gaze as this, in fact it's so extreme that at some points it feels exploitative of Marine Vacth, who is exposed over and over again.  Of course the nudity is part of Isabelle's job, but still, Ozon lingers queasily long after any potential point has been made.  The last time the nudity in an Ozon film was this extensive and frequent was Swimming Pool, but there it was about something – the idealisation of Ludivine Sagnier's character from the point of view of Charlotte Rampling's – here it seems to be mere titillation most of the time. 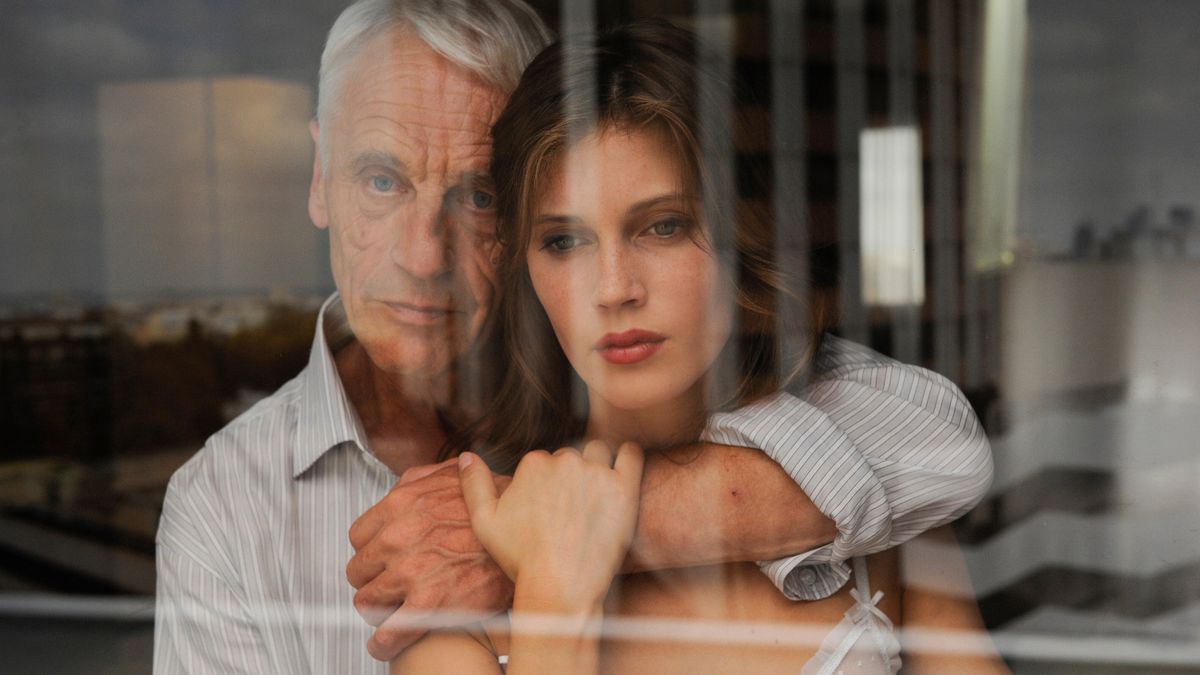 Throughout the film things echo from the rest of Ozon's filmography, only adding to the hollow rattle of this film as what was previously meaningful loses most of its content.  A party scene towards the end of the film is a good example.  This is the moment that Isabelle is re-entering society, associating with her peer group again after the scandal of her double life (which, remarkably, she seems to have been able to hide even after the Police have been involved).  There is something of a feeling here, especially as Isabelle dances with a potential boyfriend, of an echo of the key party scene in 5 X 2.  Unfortunately where that scene neatly encompassed all of the film's conflicts this one just feels like a series of shots of people dancing to Crystal Castles, because we know so little about Isabelle, even over an hour into the film.

It has been suggested to me that reason we are told so little and given to understand so little about Isabelle is that, at 17, she may not know herself who she is or why she does the things she does.  This is a fair point, but a character not knowing or understanding something doesn't mean that we shouldn't, in fact that duality is a feature of almost every coming of age film.  Without the extra dimensions that Ozon's characters usually have, Isabelle comes off as a blank slate, and a blank slate isn't terribly interesting to base a film around.

There are a couple of caveats to the disappointment of Jeune & Jolie.  First of all the initial Summer sequence, though some of its key events never echo as they should, is great.  Ozon shoots summer and the seaside like no one else, and here he filters that through an intimate, Rohmeresque, exploration of the little dramas of holiday romance, if this had been the whole film I'm sure I'd have loved it.  The other thing worth seeing here is Marine Vacth, she can't conjure up a personality for Isabelle, but she does draw a clear line between Isabelle and her Lea persona and while it's never as deep as you'd like thanks to Ozon's weightless screenplay she delivers a performance of conviction and slips effortlessly between gears.  If she's this good in a bad film I'm looking forward to seeing what Vacth can deliver when she has more to work with.  The rest of the performances are also good, with Geraldine Pailhas especially strong as Isabelle's mother.  The only disappointment among the cast is Charlotte Rampling, whose ice queen act is wearing very thin at this point.

Jeune & Jolie isn't a classically bad film.  It looks fine, it's expertly cut and there is a clear artistic hand behind it, the problem is perhaps context: Ozon has been so good that when he stumbles it feels like a bigger fall than it might be for another filmmaker.  The greatest disappointment of this film is how weightless it is.  Ozon does fluff brilliantly, but this story needs heft, needs character, and ultimately it's the worst thing it could have been: inconsequential.
★★☆☆☆
Posted by Sam Inglis at 16:33