Japanese Movies: Lone Wolf and Cub - Sword of Vengeance / The Warped Ones 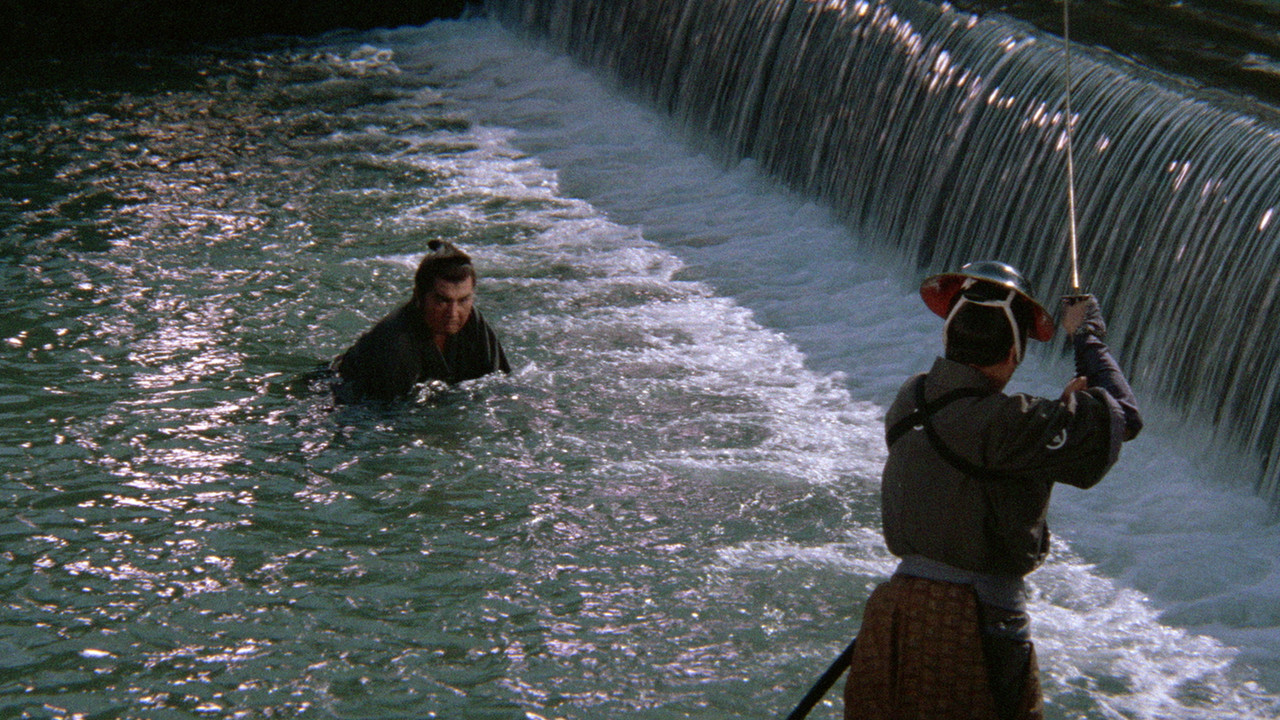 The first film in the Lone Wolf and Cub series (based, apparently at times to Sin City levels of faithfulness, on the Manga series of the same name) has an odd history for the English speaking market, and an odder one if you’re actually from England. Made in 1972, in 1980 an enterprising American producer took this film and its follow up Baby Cart at the River Styx, trimmed out all but the most basic plot elements, jammed a few action sequences from this film into that one, added a voiceover and called it Shogun Assassin. It was banned in the UK as a video nasty and, to be frank, exploitative as it is of its source material, it’s pretty damn awesome.

The story, just as it is in Shogun Assassin, is little more than a loose framework on which director Misumi can hang violent action and other bits of exploitation content. Ogami Itto (Tomisaburô Wakayama) is the Shogun’s executioner, but he’s framed for disloyalty by the Yagyu clan, pursued by the Shogun’s forces, his wife murdered, Itto wanders the countryside with his young son in a weaponised pram, vowing vengeance on the Yagyu.

I was thinking that the full version of one of these films might develop the character of Ogami Itto a bit further than Shogun Assassin did, but in fact most of the 12 or so minutes that are taken from this film for that one are the moments that establish the taciturn, vengeful, persona that Tomisaburô Wakayama gives the character, and if anything the film loses a little character nuance by the loss of the fantastic voiceover delivered by the two year old Daigoro (voiced by Sandra Bernhard). That said, Sword of Vengeance delivers what little plot we need capably, and when it does slow down, notably in the third act, Misumi proves adept at generating tension.

The action is what most people will come to this film for though, and this is where Misumi delivers in spades, yes it’s ludicrous, with Itto slicing his way through armies of enemies, making them all spray blood from high pressure hoses in their necks, arms, legs or chests, but as long as you don’t attempt to take it seriously it’s a great deal of fun. The choreography isn’t intricate, but it is impressive, with the chunky Wakayama moving fast, fluently, like an angry brick shithouse with a very sharp sword. The baby cart itself doesn’t really get into the action during this outing, but it certainly will in the next.

I said that Godzilla is a deceptively thoughtful film, this one doesn’t seem to be, but that doesn’t make it any less entertaining, nor me any less keen to see the rest of the series.
★★★★☆


The Warped Ones
Dir: Koreyoshi Kurahara 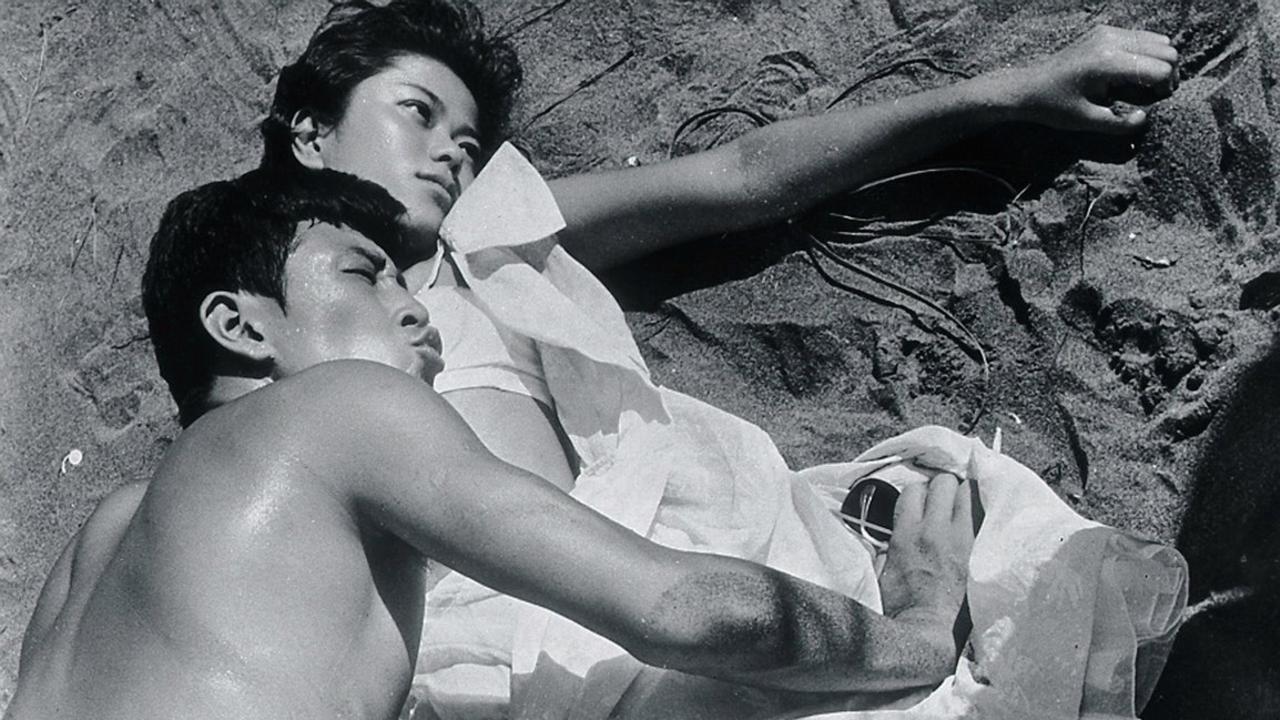 The Warped Ones is a strange and a difficult film. It seems, at least to my untrained eye (this may be something I address in a future themed month), to have many similar stylistic and thematic preoccupations as the French New Wave, but given that this film dates from 1960 it is unlikely that there was time for the influence of that scene to have reached Japan. It’s also a challenge because it has one of the least sympathetic, least relatable, leading characters I can think of, and because it occasionally seems to take some odd moral stances.

The Warped Ones describes a trio of young petty criminal friends. Akira (Tamio Kawachi) is a nihilistic seeming young jazz fan who steals cars, so he can ride around with his friend Masaru (Eiji Go) and Masaru’s prostitute girlfriend Fumiko (Noriko Matsumoto). While out on a joyride, Akira spots the reporter whose story sent him and Fumiko to jail, and decides to punish him. They take the reporter’s fiance Yuki (Yuko Chisiro) and Akira rapes her on the beach. Some time later Yuki finds Akira and tells him that his assault has made her pregnant.

These are challenging subjects for 1960, and though the film is not its main character, the mile-wide cruel streak that Akira has does sometimes take the film over to an uncomfortable and shocking degree. The swaggering, chain-smoking Akira is played by Kawachi as not so much a rebel without a cause as a young man with a total lack of empathy. When he graduates from theft to rape he doesn’t see that he’s in the wrong, and in the film’s most affecting scene when Yuki pours her heart out, begging him to make her the person she was before he attacked her, he ignores her and listens to jazz. Kawachi never blinks in this performance, never looks to excuse Akira, it’s a fantastic performance, but genuinely hard to watch.

Yuko Chisiro is equally excellent as Yuki. There’s a sense that she’s totally broken and totally humiliated by what happened to her, but that she’s trying hide it from anyone but Akira and her fiance (who doesn’t understand anyway). This shame and the way it keeps her from talking, is clearly corrosive, and her performance grows sadder and more desperate with each scene, without becoming over the top. The two other sides of the criminal triangle are shunted to the side from time to time (especially Eiji Go’s Masaru), but both give fine performances, and Noriko Matsumoto’s reluctant but often calculating hooker is another nastily memorable creation.

This is the first film I’ve seen by Koreyoshi Kurahara and it won’t be the last. I can imagine that in 1960 this felt very different indeed and, while it may now lack the shock of the new, The Warped Ones still has real dynamism to its visuals. Even some ideas that shouldn’t work – like the frequent overexposure of exterior shots, to the point that characters are often obscured by the light – add to the film’s visual invention and to its fast and freewheeling structure. It seems to me that the film’s visuals carry us along with the three main characters, its restlessness reflecting their own relentless quest to avoid being bored. The only thing that gives me pause – and perhaps I’m misreading it – is the film’s apparent stance on why the kids at its centre are warped. At least in the case of Akira it seems to suggest that Jazz may be partially responsible. There is never a sequence that comes right out and says it, but many of the sequences that see Akira at his worst are soundtracked by or have him listening to jazz. I’ll need to watch the film again and figure out exactly what it is saying there.

Whatever my slight misgivings about the message it seems to want to send, that takes little away from how impressive this film is as a whole; dynamically shot and extremely well acted, The Warped Ones remains a challenging and provocative watch after more than fifty years, it’s well worth seeking out.
★★★☆☆
Posted by Sam Inglis at 18:22