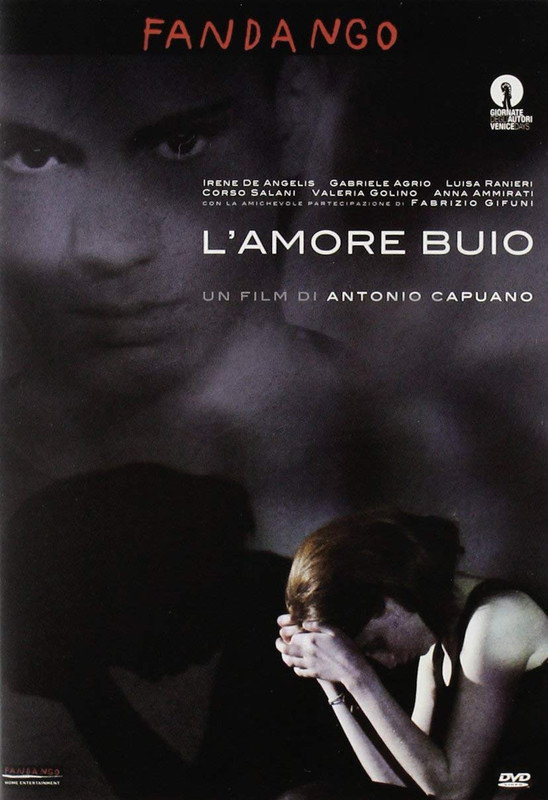 It’s not that Dark Love is a bad film (actually it's a very good one), it’s just that it’s absolutely not the film that its director thinks it is. Antonio Capuano maintains that this tale of victim and perpetrator attempting to deal with the consequences of rape is a love story. It’s not (and thank God for that), but it is a genuinely interesting exploration of the reverberations and consequences of a single, hideous, act.

The film is largely divided into two continually intercut parts. One follows Ciro (Gabriele Agrio), whose immediate remorse leads to his turning himself and the other rapists in, as he serves his time in prison and writes to his victim Irene (Irene de Angelis). The other half of the film follows Irene as she tries to go on with her life in the wake of the attack in as normal a way as possible.

There are several striking things about Dark Love, one that immediately springs to mind is the way it deals with crime. Most films dwell on either the commission or the solution of a crime. Capuano shows no interest in either of those things, and he’s right, the detail of what happened to Irene really doesn’t matter, the violation is enough. Capuano is not a young man, but this vital, energetic, stylistically impressive film is unmistakably the work of someone who is still finding new ways of working with the medium. Most interesting is the colour treatment, Capuano has spoken of using colour correction to literally paint the film frame by frame, especially in the fast moving opening scenes and a somewhat nightmarish scene in which Irene attempts to have sex with her boyfriend. He’s also notably well served by the beauty of the film’s Naples locations, with he shoots with affection, and bathes in beautiful light, especially as Irene walks in a rainstorm and discovers parts of the city she’s never previously explored.

However, what really makes Dark Love the success it is is the pair of excellent performances at its centre. As Ciro, Gabriele Agrio manages the difficult task of making a character who begins the film by participating in a truly terrible crime somewhat sympathetic. He allows us to see the slow, difficult, progress that Ciro makes in prison, and how his remorse ends up bringing out the best in him. Irene de Angelis is, if anything, even better as Irene. She has much less dialogue to work with, but her expressive face and fragile frame communicate huge amounts soundlessly. There is a clever parallel between the stories, as both seek solace in art; Ciro in writing and Irene in acting, and her final performance is some of the rawest and most emotional acting that de Angelis does in the film.

It’s a real shame that, after about 80 minutes of beautifully balanced drama, the third act of the film turns its focus completely onto Ciro. It undermines the central idea of the film; the parallel experiences of Ciro and Irene. It’s also the one time that the film settles into a familiar rhythm and becomes rather predictable. After each scene, for the last twenty minutes, I was expecting the credits to roll, because it felt like the story had been over since Irene left it.

I may not agree with Antonio Capuano about what his film is, but that doesn’t take away from the fact that it is a very strong piece of work, with two very fine performances at its centre. If this one picks up a distributor I’d recommend that you seek it out.
★★★★☆
Posted by Sam Inglis at 21:18