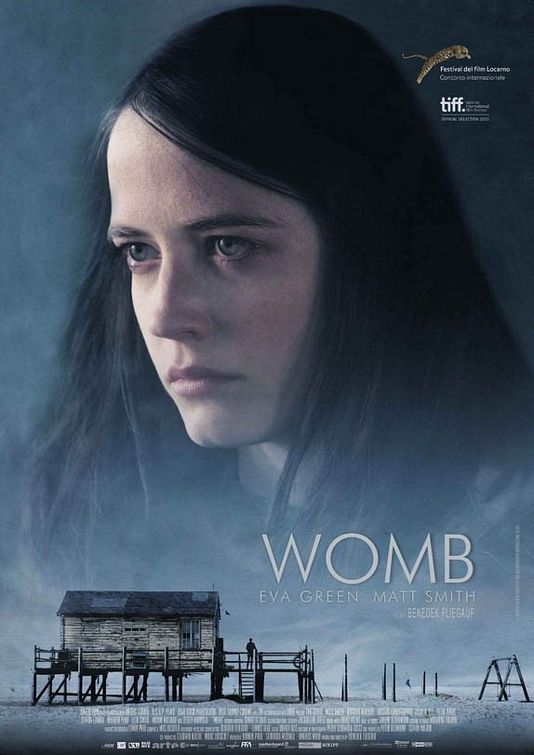 Womb is about Rebecca (played as an adult by Eva Green), as a child on holiday she meets Tommy (played as an adult by current Dr. Who, Matt Smith) but soon after they meet she moves with her Mother to Tokyo. 12 years later Rebecca returns, finds Tommy, and falls for him. When Tommy is killed in an accident Rebecca decides to have him cloned, and to give birth to him herself. As her ‘son’ grows up, Rebecca’s feelings for him become ever more complex.

The problem isn’t the premise. It’s the execution. You can tell that this is Hungarian writer/director Filegauf’s first English language film, because the problems with Womb are all in the performances. The visuals are astounding. There is barely a frame of this film that isn’t beautiful enough to hang on the wall of an art gallery, everything in each shot; the colour, the geometry, the movement of the camera and the actors, is beautifully designed. Sadly these exquisite visuals are wrapped around performances that simply don’t work.

You have to blame Filegauf for the performances, because the flat, emotionless, line readings are given by every actor young and old, which means that they must have been directed into them. Womb deals with controversial issues, powerful feelings challenging emotions, and none of it comes through in the dialogue because everyone delivers it as if they were reading their shopping lists to one another.

The only performer to rise above this is Eva Green, who suffers from the same issues as far as line reading goes, but is a good enough actor to bring a great deal of depth to Rebecca through her physical acting. There is more going on behind her eyes than in the whole of all the other performances (Matt Smith’s terrible display in particular) combined.

I’d like to recommend Womb, it’s beautiful and it’s got such an interesting, provocative, premise, but it just doesn’t work. If Benedek Filegauf takes some English lessons though, his next film might be very interesting indeed.
★★☆☆☆ 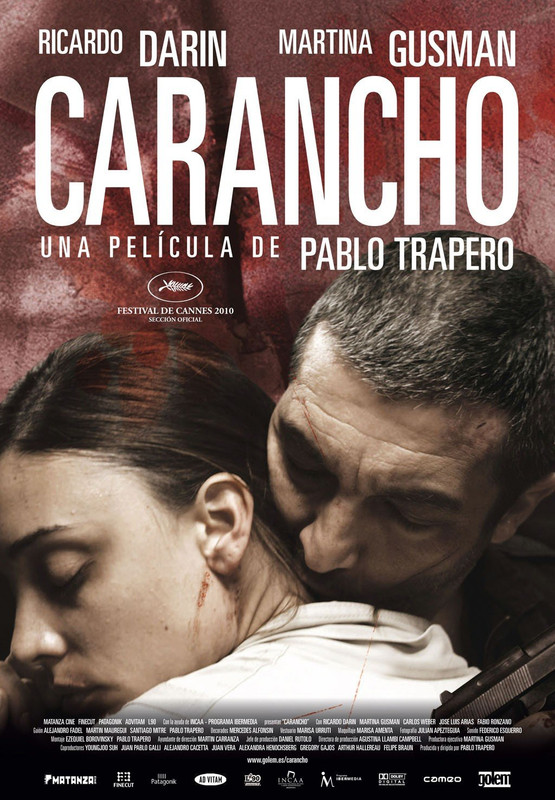 Film noir had its heyday in the 1940s and ’50s, but while it’s not so dominant it remains a vibrant genre of filmmaking worldwide, and this is the first example I’ve seen from Argentina. It’s the new film by Pablo Trapero, which made me just a little wary, because I wasn’t as convinced by his earlier Lion's Den as most critics. However, Carancho is a much more complete and confident film for Trapero.

Carancho explores the dark underbelly of what is apparently a lucrative industry in Buenos Aries; compensation for injury in traffic accidents. It follows disenchanted injury lawyer Sosa (the Argentinean film industry’s MVP, Ricardo Darin) and paramedic Lujan (Lion's Den star Martina Gusman). But when the two begin a romance, and Sosa’s conscience begins to bite, his employers let him get away without a fight.

The overall thrust of the story is familiar from years of noir, but the specifics are well drawn and quite different. This is especially true of the first half of the film, which eschews the later thriller elements for a dark romantic drama, with Trapero taking his time in setting up the characters of Sosa and Lujan. It’s a tactic that pays off on several levels. First it gives the turns that the story takes in the second half all the more punch, second – and arguably more important – it spotlights the excellent performances of Darin and Gusman, and, despite the fact that both characters are coloured in notably dark shades of grey, allows you to sympathise with and root for them. Happily there is a great deal of chemistry between Darin and Gusman, both as romantic partners onscreen (which overcomes the age gap between them) and as actors, playing off one another to great effect.

Carancho is an energetic, dynamic, film. Even when it’s more concerned with building character it is still full of incident, and moves at a fast, stylish, clip with Trapero’s fluent camerawork powering it along. While the camera is almost always on the move; keeping action dynamic, it doesn’t often fall victim to that horribly semi-epileptic style that has afflicted much cinema lately.

The only disappointing thing about Carancho for me was the final shot. For over 100 minutes the film had avoided the expected, had been content to be messy rather than taking things down expected tracks. And then, right at the last hurdle, I felt that it fell, because the final incident is just too neat, too obvious, too poetic, for a film like this. That, though, doesn’t detract hugely from what is an excellent film, one that puts Pablo Trapero on the map.
★★★★☆
Posted by Sam Inglis at 22:01