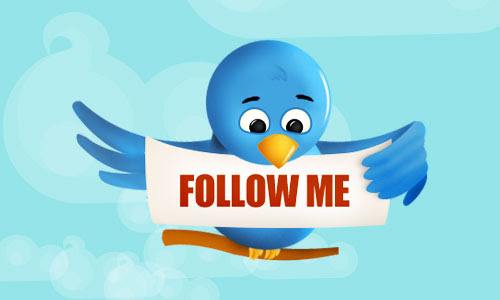 After a previous, abortive, attempt to embrace the technology of the 21st century I have finally got myself a Twitter feed and stuck with it. I've been on for a couple of weeks now, tweeting, in general, a couple of times a day.

So, if you like the site please come and follow the feed on Twitter @24FPSUK. There you'll get tweeted reviews (tweeviews?) of every film I see. You'll get the odd link, either to an interesing piece of film writing or a cool piece of online video. You can send me praise, questions or abuse (though frankly I'd prefer one of the first two) and I'll try and pick out interesting releases, festivals and screenings (though that will be mainly for the UK).

What you won't get (I promise) is updates like "ate an apple, it was yummy". This is largely because I can't imagine anyone caring about the minutiae of my life, just as I really don't need to read that stuff on other people's Twitter. You can see my last five tweets in the sidebar.

Once again, the feed is @24FPSUK, or, with a bit of luck, you can simply use the follow button in the sidebar (please let me know if there's a problem with that). Hope to see you there.
Posted by Sam Inglis at 09:16