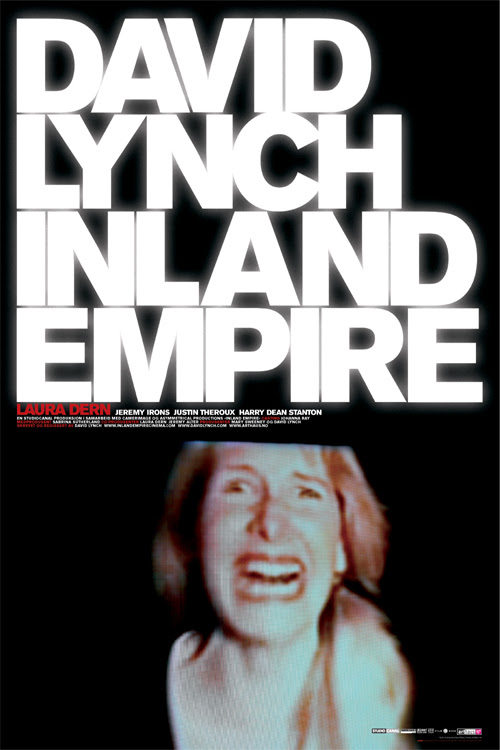 WHY IS IT ON THE LIST?
INLAND EMPIRE (Lynch specified that the title is to be capitalised) is a difficult film. It’s as wilfully obscure as any of its director’s works, almost indescribable in story or genre terms, and three hours long. Watching it sometimes feels like having David Lynch shout random sentences in your face for 180 minutes, and yet it is hypnotic, and with ever scene draws you irresistibly further down the rabbit hole at the film’s centre.

It is ostensibly about Laura Dern’s character who, in the first instance, seems to be a reasonably famous actress, playing the part of an adulterous woman in a film based on an Eastern European folk tale, directed by Jeremy Irons. However, Dern also seems to be playing at least one more role, which may be a troubled prostitute, who we often see talking to her seemingly not especially qualified shrink, though these scenes may also be part of the film she’s making. It’s really hard to tell. Few filmmakers mix the real and the surreal with such verve or such success as David Lynch and here he’s blurring those lines from the very start of the movie. You never gain much of a foothold, never quite know what’s real, but as Dern’s Nikki Grace (the actress) is pulled further and further into what becomes with every passing scene more like some private hell you are pulled inexorably with her.

Part of this is down to the beauty of the film at a technical level; Lynch is a master, and here he serves up astounding images, some beautiful (Nikki bathed in blue light), some surprising (a chorus doing The Locomotion) and some frankly nightmarish (Nikki’s distorted scream). However, the shining gem at the centre of this film, the reason it’s so utterly compelling, is the frankly jaw dropping performance of the ferociously talented and frequently underrated Laura Dern. She draws clear distinctions between Nikki and ‘Susan’, but leaves open the possibility that they are the same person, and when she spits venom as Susan she is quite astonishing, unleashing a level of force that we’ve never seen from her before. Dern is usually a warm presence on screen, and that makes the flinty Susan an even more impressive creation. Lynch mounted a one man Oscar campaign for Dern, sitting on a patch of grass in the middle of the road with a For Your Consideration banner. And a cow.

What’s really wonderful about the film is the way it comes full circle, and how, after pulling us into an ever more surreal hell, Lynch, completely organically, comes to a crescendo not of horror but of almost unbearably moving beauty. It’s a fittingly strange way for the film to climax and, also a strangely fitting one.

You can, perhaps, still see the vestiges of the film’s origins, as a series of scenes Lynch was writing and filming as they came to him, not really meaning them to be a feature film. But that’s part of the spell the film casts; the way all these strangely disparate bits and pieces end up falling together over the course of 180 minutes. It’s a film you have to decide to go with and, like most of its director’s work, one which rewards multiple viewings (which may well result in radically different interpretations of the film, but if you engage with it then a strange and fascinating time is all but guaranteed. 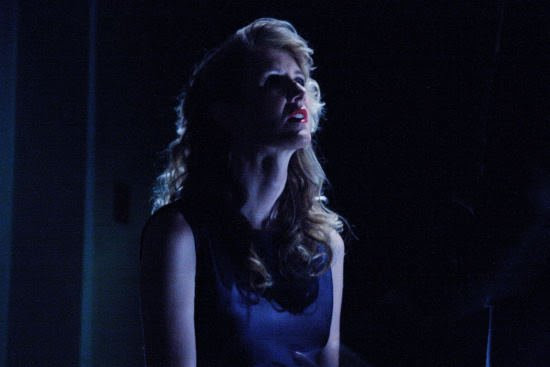 STANDOUT SCENES
In the psychiatrist's chair
‘Susan’ relates stories from her life to a psychiatrist. This is the best acting Laura Dern has ever done.

The Locomotion
It’s just so odd, so out of the blue, and gone so fast. It’s one of those thrilling moments when you realise that ANYTHING goes here.

Arrrggghhh
Nikki’s screaming face is replicated in ever more distorted close up. One of the most terrifying images of 2007 at the cinema.

MEMORABLE LINES
Neighbor: Yes. Me, I... I can't seem to remember if it's today, two days from now, or yesterday. I suppose if it was 9:45, I'd think it was after midnight! For instance, if today was tomorrow, you wouldn't even remember that you owed on an unpaid bill. Actions do have consequences. And yet, there is the magic. If it was tomorrow, you would be sitting over there.
[Neighbor points to Nikki's couch across the room]
Neighbor: Do you see?

Nikki: When the police came and they asked what happened, I told them "He's reaping what he's been sowing, that's what." They said "Fucker been sowing some pretty heavy shit."

Nikki: Bam! I Kicked him straight in the balls so hard they go crawling into his brain for refuge - he went down like a two dollar whore.

To buy the film, and help 24FPS out at the same time, please use the links below. Thanks!
UK: DVD / Blu-Ray
USA: 2 Disc Limited Edition
Posted by Sam Inglis at 21:43