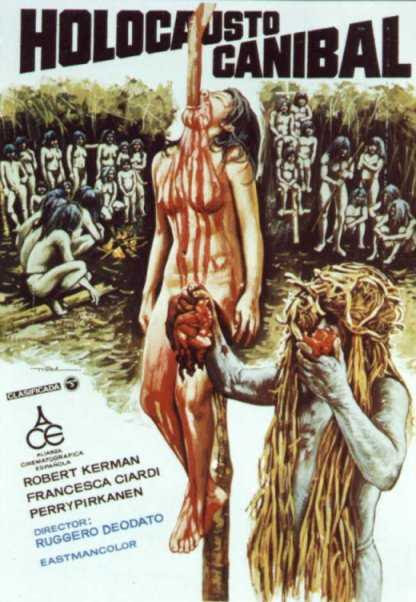 WHY IS IT ON THE LIST?
Of all the films that made up the video nasties list in the early 1980’s, Deodato’s horrifying exploitation classic is the one that holds up best. It’s not brilliantly acted (something not aided by the largely abominable dubbing), but its construction is masterful and the cumulative effect of the film is so shocking that it stays with you longer than almost any mainstream film you’re likely to see this year.

This second half of the film is where Deodato’s technique, raw as it is, really comes into its own. Found footage films (all the subsequent examples of which, including The Blair Witch Project and Cloverfield, bear the influence of this film) rely on the maintainance of the illusion that the footage you are watch was captured by the characters, rather than an external crew. Deodato maintains that illusion brilliantly, but more than that he remembers exactly what condition this footage has been found in, so we get harsh edits, dropped shots and instances where there is no sound to go with the picture, all of which contribute to create an horribly convincing illusion.

Once in a while, infamously, it’s not an illusion. Cannibal Holocaust features much real death; animal and, in the brutal Last Road to Hell segment, human. That footage was genuine documentary footage of Pol Pot’s troops executing men in Cambodia. It still rather baffles me that when people get on their moral high horse about this film it’s generally the fact that a turtle gets killed (in perhaps the film’s most graphically disgusting moment) that really gets them riled up. This blend of real and incredibly convincing fake led to Deodato having to appear in court in Italy and PROVE that his actors were still alive.

For a film made in 1980, on a budget that likely wouldn’t cover the catering on a Michael Bay film, the effects are extremely convincing, from the famous image of a woman impaled on a stake down to the climactic slicing apart of the filmmakers, it’s all convincing enough to maintain that terrible illusion that it might, just might, be real.

Another thing that really works in the film’s favour is Riz Ortolani’s unusual score. Rather than use ominous cues that emphasise the horror Ortolani’s music is almost soothing, running counter to Deodato’s taboo shattering imagery. The effect is that the film yanks you in two radically different emotional directions at the same time. It’s an incredible balancing act by Deodato and Ortolani, but it works brilliantly. You can hear the main theme from the score here.

There has been much talk among critics that Cannibal Holocaust is a sophisticated piece of social commentary, and through the act of having us watch the documentary footage (in which the filmmakers provoke situations by various savage acts, culminating in rape and murder), that it asks us to consider who the real savages are; the cannibals, the filmmakers or us, the voyeurs. It’s an interesting reading, and all that is present, but I tend to think of its intentions being more to challenge the audience on a more basic, more visceral level. One thing is, for me, certain; Cannibal Holocaust is not merely a gore movie, and that’s why it is an important and enduring piece of work. 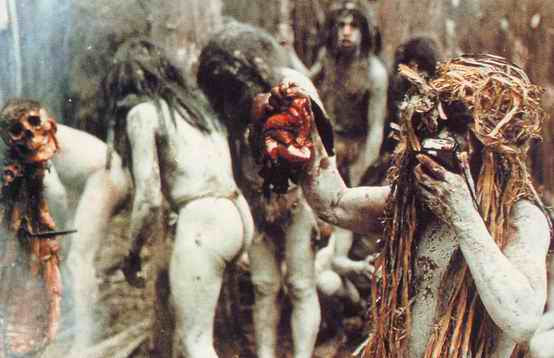 STANDOUT SCENES
The Last Road to Hell
The morals of this sequence are very dicey, but its effect is incredibly striking, and it sets the tone for just how extreme the film is going to be.

Impaled
The most famous image in the film, and still one of the great triumphs of practical special effects.

To buy the movie, and help out 24FPS at the same time, please use the links below. Thanks!
USA: DVD [Uncut]
Posted by Sam Inglis at 19:32