Mini-Reviews: How to Train Your Dragon / The Scouting Book for Boys / The Fish Child / I Am Love

2010 films I Neglected to Review

Dreamworks’ latest animated film lacks the emotion of last year's Pixar effort Up, and the lunatic invention of Columbia's wonderful Cloudy With a Chance of Meatballs, but it isn’t without charm. The performances by the vocal cast (even, surprisingly, Gerard Butler as a Viking chief) are fun and relatively engaging and, while it’s very generic, the buddy movie story between misfit Viking Hiccup (Jay Baruchel) and the wounded dragon he adopts is funny and has moments of real charm.

The look is enjoyably cartoony, and the character design largely appealing (though, sadly, the dragon; Toothless, is rather a bland design) and the 3D, while as pointless as ever, is well implemented enough that, while it adds nothing to the film, it manages not to detract from it. No classic, but an agreeable timewaster. 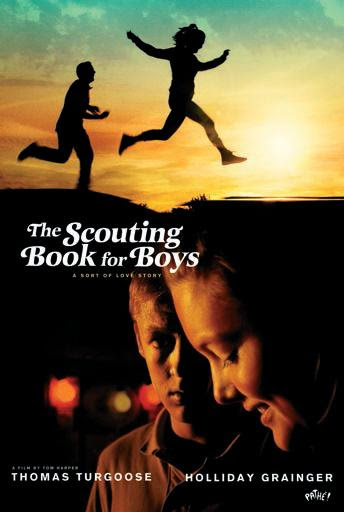 Despite giving the film its (awful) title the book Scouting for Boys appears in this film for approximately five seconds, and is of little to no importance. Instead the film revolves around David (Thomas Turgoose of This is England) and Emily (Holliday Grainger), two roughly 14 year old friends living in a caravan park, currently on its off season. One day Emily disappears, and the community suspects foul play, centring round an older boy (Rafe Spall) who may have been Emily’s boyfriend, however, Emily is in hiding, and David is helping conceal her in a local cave.

This dark tale stands or falls on the performances of Turgoose and Grainger, and both are excellent. Turgoose, finally, shows that he’s real talent, rather than just receptive to Shane Meadows’ direction, giving a complex and realistic portrayal of a young man nursing a painful, unreturned, crush on a friend. Grainger is equally fine, moving as a desperately naïve young girl running away from a pretty awful situation, and the two play off each other well, with that easy intimacy of friends giving way to a slight, but real, awkwardness when the difference in their feelings is stated.

The ending is shocking, and not entirely convincing. I understood David’s jealousy, but never quite bought the film’s last ten minutes, solid as Turgoose is in them, but that’s a small issue next to the preceding tense and involving 80 odd minutes. 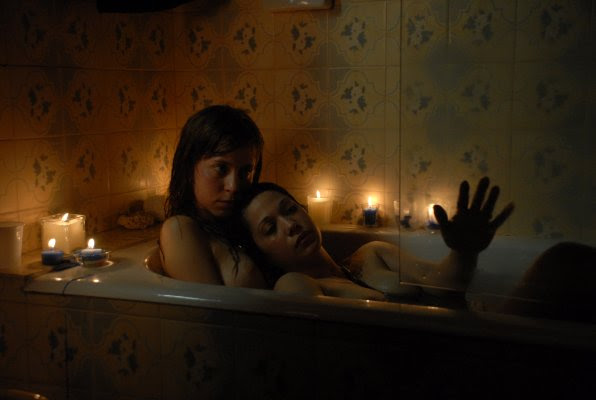 This was a real disappointment. The last collaboration between writer/director Lucia Puenzo and actress Ines Efron was the excellent XXY. Unfortunately, The Fish Child; a rather muddled and uninvolving tale taking in a lesbian relationship between the daughter (Efron) of a murdered judge and their young house maid (Maria Vitale) and vacillating between being a romance, a road movie, a dark drama and a crime thriller with little purpose or direction, lacks any of the emotional punch of that first collaboration.

Much of the problem is down to Puenzo’s storytelling; she chops the timeline up so much in the first hour of the film that it’s unclear what is happening when, and it’s really hard to get a handle on what you’re supposed to be feeling at any given moment. When the flashback disappear in the films last act the story takes a radical, and risible, gear shift. Efron is a great actress, and she does sterling work here with a thin role, but she’s just laughable in the last few scenes as she simply isn’t physically threatening enough. What does work relatively well, though it’s given surprisingly little prominence, is the relationship, there’s a real intimacy between Efron and Vitale and Efron’s longing for her lover comes through viscerally. A great actress then, in a rather underwhelming project.

I Am Love has taken a long time, over a decade in fact, to reach the screen. It was born out of the friendship between director Luca Guadagnino and leading lady Tilda Swinton. Set in Milan, and played entirely in Italian, it sees Swinton as a Russian woman who has married into a rich and powerful industrial family and raised three children, when her younger son befriends a chef (Edoardo Gabbriellini) Emma begins to fall for the handsome young man.

As its title might suggest, I Am Love is cinema on a rather grand scale. Guadagnino’s images are striking, often almost operatic in their scale and intention, metaphor isn’t dealt with subtly here, it’s thrust at you in glorious colour and intricate, imposing, composition. The score is similar in tone; John Adams’ music is very beautiful, and it is also, at times, almost assaultively deployed, asking, nay, demanding that you experience the desired emotional response to each scene. For about an hour I Am Love is exceptional, the images and the music cast a spell on you, and the rather intimate screenplay and Swinton’s brilliant performance (in what sounds to me like perfect Italian) draw you in despite the artifice of much of what Guadagnino is doing. Unfortunately, after a pivotal mid film sex scene (which is gorgeously shot, as if Terence Malick had put an urgent and explicit sex scene into Badlands), the film begins to fall apart.

The focus drifts from Emma’s new experience of love and instead there are several dull scenes revolving round the family business and a last minute twist that turns the film from something operatic in scale to something overwrought and more concerned with that operatic tone than with the more down to earth emotion of the first part of the film. Swinton remains astonishing throughout, but as the film goes on it begins to crumble around her faster and faster.
Posted by Sam Inglis at 19:00