Underworld: Rise of the Lycans [18] 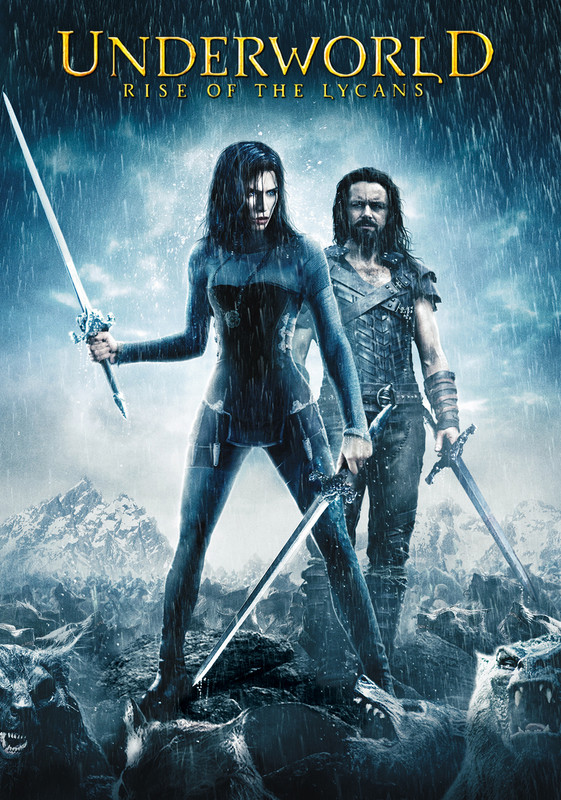 The first two Underworld films were ludicrous but rather entertaining things. The central premise was irresistible; a war between clans of vampires and werewolves and the gloomy but stylish visuals, decent effects and bone-crunching violence made for a couple of amusing pieces of complete nonsense.

Original director Len Wiseman and star Kate Beckinsale have moved on to greener pastures, so a further sequel was clearly out, but the cash cow is milked once more in the form of a prequel to the original film, attempting to tell the tale of how the war between Vampires and ‘Lycans’ began. The story is simplistic almost to the point of non-existence. Original Lycan Lucian (Michael Sheen) leads a revolt among his enslaved people, while at the same time attempting to run away with his lover Sonya (Rhona Mitra), who just happens to be the daughter of vampire king Victor (Bill Nighy).

Patrick Tatopuolos ascends the throne of director, having spent many years as an effects artist and creature designer, and the film plays much as you’d expect given its helmer’s previous job. Even on what must have been a relatively low budget the special effects largely live up to their name, and Tatopoulos marshals the mayhem quite well. The fights, if over cut, are pretty well choreographed, easy to follow, and enjoyably intense. On the downside, Tatopoulos’ shot selection is pretty dull, and his colour palette consists entirely of grey and crimson (though that only appears in the form of spurting blood). The combination of these things means that, particularly outside of the action sequences, Rise of the Lycans is often rather boring to look at, and seriously lacking in detail in its visuals.

Tatopoulos is also clearly not much of an actor’s director. From Nighy, never cinema’s most restrained actor, he draws a performance so unendingly hammy that you could slice it up and put it in a sandwich. Kate Beckinsale is no great shakes as an actress, and Rhona Mitra is no Kate Beckinsale, her range consisting of pout 1, pout 2 and scowl 1.  It’s not as though she has a demanding part, but when the female lead in your film can’t even make saying "yah" to make a horse start moving believable you clearly need to do more auditions, however pretty she may be. Michael Sheen, as Lucian, rises above the awful performances of his peers and the risible screenplay to give a performance far better than the film needs or deserves. Behind his beard and lank hair, and with his sharp features, Sheen is convincingly feral, and even manages to give the relationship with Mitra some weight.

Underworld: Rise of the Lycans is, of course, total nonsense, and no, it’s not especially good. However it doesn’t, at 92 minutes, outstay its welcome. There’s plenty of action, and plenty of amusingly rubbish dialogue to keep you entertained. As Friday night distractions go, you could do worse.
★★
Posted by Sam Inglis at 10:05