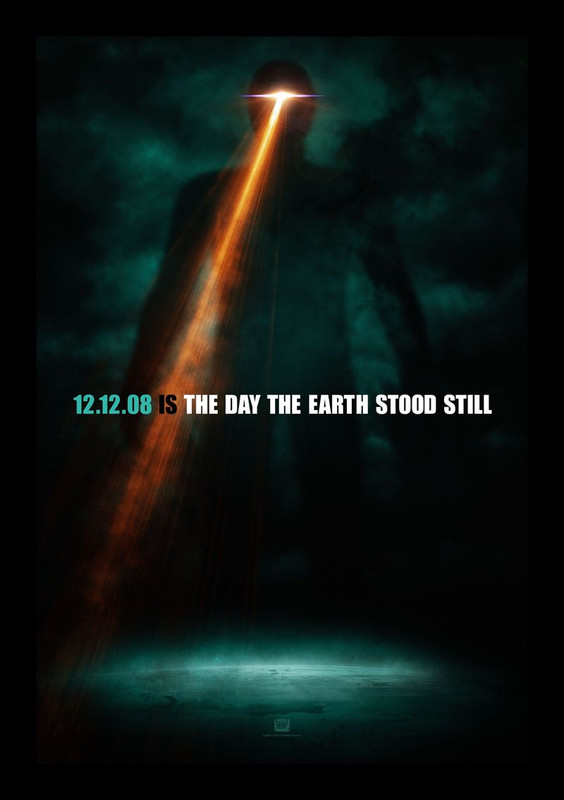 Of all the remakes the world just doesn’t need The Day the Earth Stood Still, Robert Wise’s wonderful, iconic 1951 sci-fi cold war allegory would seem to be near the top of the list.

It is something of surprise to find that, for about half an hour, Scott Derrickson’s version is actually a rather interesting take on the idea.  The story is reinterpreted for contemporary concerns in a striking and often tense manner. Sadly though this good work is almost entirely undone by the end of the film’s first act.  What works really well here is the build up to the arrival of Klaatu (Keanu Reeves). The way in which Dr Helen Benson (Jennifer Connelly) is snatched from her house by the government to aid in the response to the approaching object in the sky is highly effective as both a thriller device and a comment on current US government policies. There’s also a creepy, tense feeling about both the arrival of Klaatu’s ship (a rather spectacular ball of light) and the way in which he is treated after his arrival. It stops working almost the second that Klaatu stops being a vaguely human shaped grey being, and becomes Keanu Reeves.

Keanu Reeves is a variable actor, but he’s not an incapable or even a limited one. In films from River’s Edge to the Bill and Ted movies, to against type turns in The Gift and Thumbsucker I’ve found him an effective screen presence.  That said, Reeves has a tendency to coast and that’s what he does here. He’s so blank as Klaatu that he’s never engaging. Worse, even when he’s threatening to destroy the world he’s not scary, and even as he’s saving it he’s not heroic. He’s just there, a leaden, unchanging, presence. This completely undermines the thrust of the film, which sees Klaatu decide that the human race is worth saving after learning about human emotion from Connelly and her adopted stepson Jaden Smith.

It’s not, of course, entirely Reeves’ fault that the film doesn’t work. The performances are a very mixed bag, ranging from Kathy Bates reliably excellent work in a thankless role to Jaden Smith’s awkward, stilted turn. Smith undermines the whole story of the film by communicating so little emotion.  We never feel the connection between him and Reeves which is supposed to motivate the film’s ending. Otherwise the cast do their best with what little they have to work with. Connelly is a better actress than this film allows her to be, but she tries hard, and ends up being the only character with more than one dimension. The nice surprise is a scene stealing part for veteran character actor James Hong, whose brief moment makes you wish the film were about him.

The special effects are largely worthy of the term, with the mass destruction of the third act being extremely well realised.  However, the most important effect in the film is its biggest, and worst, miss. Gort (here given his name through a torturous acronym) may have been just a tall guy in a silver suit and helmet in 1951, but he was imposing, and is still scary nearly 60 years on. The new Gort isn’t scary for 57 seconds, let alone 57 years.  Reimagined as a gigantic black pile of pixels Gort is strange to look at; he has a putty like texture and moves unconvincingly, making him more comic than threatening.

Scott Derrickson marshals the action competently enough, but he’s clearly overindulged in the special effects this time and left the actors to their own devices, so under directed do most of them seem. This is both a shame and a surprise because though his first film; The Exorcism of Emily Rose had its silly moments it was extremely well acted. There are odd things missing here. A prologue in the Himalayas seems to lead somewhere when its main character appears again, but he’s just as soon forgotten, his existence completely without purpose. We’ve become used to product placement, but it’s just obnoxious here. LG, Hyundai, Windows and McDonalds being just a few of the most egregious and intrusive examples. The Day the Earth Stood Still is a frustrating film both because it should be (and could be) a lot better than it is and because, even at its best, it is so far in the shadow of Robert Wise’s unbeatable version.
★★
Posted by Sam Inglis at 13:08