These reviews of films playing at the London Film Festival are from viewings at the press preview days. The festival runs from October 2nd-13th. You'll find links to tickets for these films at the end of this post. At time of writing, tickets are still available for all screenings of both films. 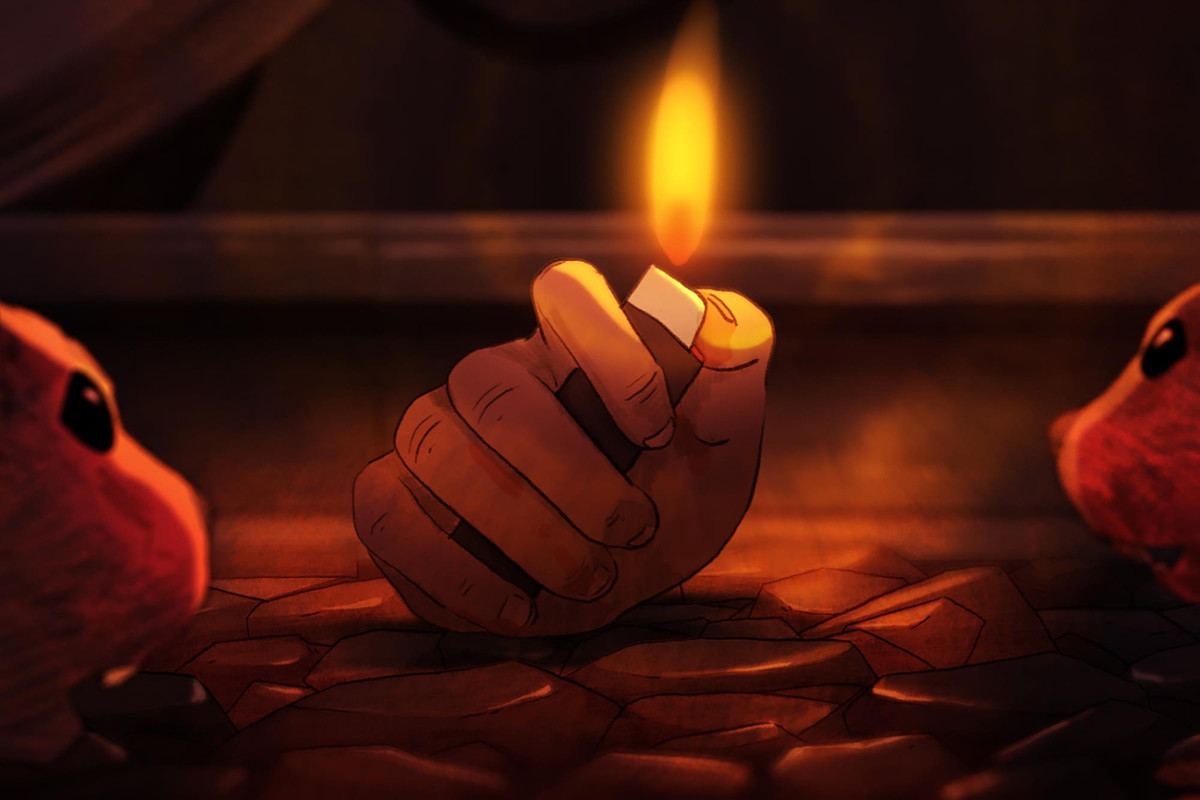 As a disembodied hand searches for its former owner, we watch in parallel as Naoufel (Hakim Faris) falls for Gabrielle (Victoire Du Bois), who he first meets as a voice on an intercom when he’s supposed to deliver a pizza to her.

Jérémy Clapin’s first feature is first and foremost a beautiful piece of hand-drawn animation. The human characters are expressive, with a slightly sketchy look but fluid and engaging animation that gives them all character. What is more remarkable though is the animation of the disembodied hand and the world it moves through. Obviously, we are seeing much of what the hand goes through from its level and the realistic drawing of the environment around it and the things it interacts with - notably rats and a pigeon - makes its journey feel all the more perilous and takes us on that journey with it. In addition to that is the brilliance of the animation of the hand itself. Without eyes, a mouth or even an interior voice, the hand feels like a full character. From it, we get a sense of struggle—gripping on to a drainpipe for dear life—and of longing, as it ventures on its long quest. In many ways, it may be the character we end up feeling most empathy for, which is an incredible achievement.

The relationship between Naoufel and Gabrielle is sweetly drawn. It’s hard not to identify with the slightly inept ways that Naoufel tries to tell Gabrielle who he is, aborting the mission several times through nerves. It’s also interesting and refreshing to see how Gabrielle, and through her the film, views these gestures by Naoufel as compared to how a romantic comedy of ten or twenty years ago might have.

As much as I loved the animation and the expressive but not instructive score by Dan Levy of The Dø, I Lost My Body ends up feeling a bit slight. Once we see how everything connects up, the last ten minutes are a little underwhelming and don’t really deliver the emotional punch the rest of the film appears to have been trying to lead to. There are lovely moments here, and the whole section of the film focused on the hand is remarkable, but ironically it might ultimately be a little less than the sum of its parts.
★★★½ 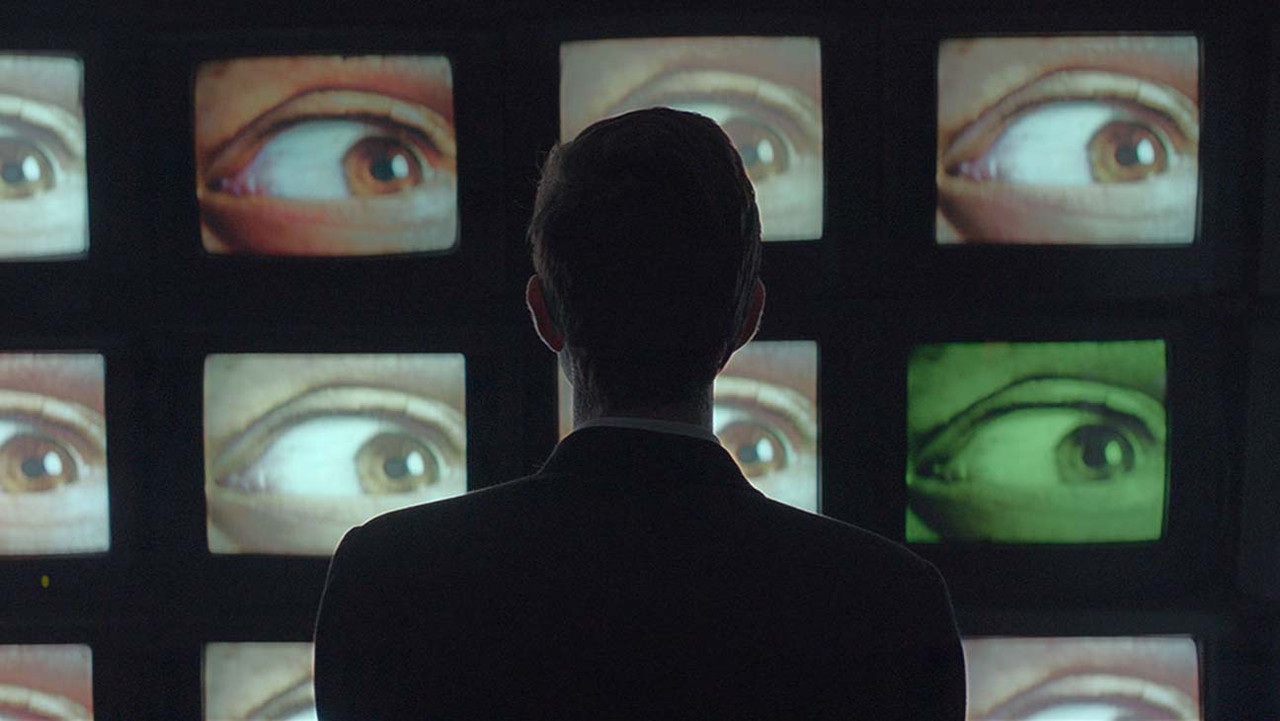 The idea of a government using a broadcast to control its population is barely a sci-fi concept when one considers things like North Korean state TV and even the relationship between Fox News and the Trump administration. The Antenna is set in Turkey and shows us the first night of operations of a new government broadcast from the point of view of a single apartment building where, as soon as the dish to receive the broadcast is installed, escalating chaos ensues.

For his first film, writer/director Orcun Behram draws on many influences. This wouldn’t necessarily be a problem in itself, but he fails to establish much of an identity of his own and so what we end up with is a patchwork of those influences and a film that feels hugely derivative of better things that have come before. The main thrust of the plot is essentially a combination of two David Cronenberg films; the still underrated Shivers and one of his true masterpieces, Videodrome. As the insidious influence of the dish and the broadcast become more present, black sludge begins to ooze out of walls, taps and other outlets, calling to mind the black oil that was such a feature of the conspiracy episodes of The X Files. These are just the most glaring examples, and the ones by which The Antenna suffers most by comparison.

Taken on its own merits, The Antenna does occasionally show that Behram has some visual promise. An early sequence of Mehmet (Ihsan Önal), the maintenance worker who is the first to sense that there is something wrong at the building and that the dish is the cause, walking to work makes striking use of the imposing, towering, straight lines of the buildings he walks past. There are also a couple of standout sequences in the last fifteen minutes or so; an attack, under flickering lights, on Yasemin (Gül Arici) is visceral and brutal, and the long held close up on her in the aftermath is effective. The final sequence also shows some flair, especially in the choice to show one attack from outside the building it happens in, which accentuates the shock by stripping out the sound.

Unfortunately, the journey to and time between these sequences is filled with long and slow scenes that want to revel in the film’s imagery but do little to repay that investment of time. The pace is often painful, every camera movement is agonisingly slow and the characters seem to move as if they are walking through the black sludge we see so much of. Sometimes a slow pace can work to build tension, but it’s so obvious where the film is going and what it’s trying and failing to say that instead it simply tests the patience. At 115 minutes, The Antenna feels long, and it could lose half an hour just through recutting to quicken the pace. The overarching message is one that has been advanced with more force and clarity in many films over the years, and the screenplay fails to get under the skin of either its central idea or its characters. It is possible there are resonances an English speaking audience will miss unless they are familiar with Turkey and its politics, but even if that’s the case, the film doesn’t deliver much of substance that is accessible to a wider audience.

There are a few flashes of promise here, but for the most part, The Antenna is a slow and boring slog that will make you wish you were watching any one of the films it so liberally cribs its ideas from.
★½