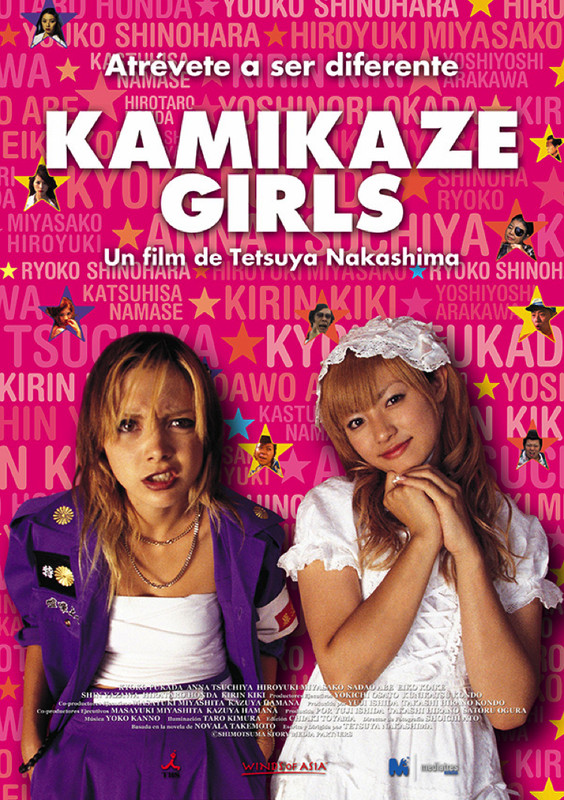 I have managed to go through Tetsuya Nakashima's filmography to date in reverse order.  I was bowled over by Confessions and shocked by how much of a contrast it was to his previous film, Memories of Matsuko.  His earliest film to get UK distribution, Kamikaze Girls, is completely different again.  It's a hyperactive teen movie about two unlikely friends from opposing Japanese subcultures, shot and cut in a brash, borderline surreal, style.

Momoko (Kyôko Fukada) and Ichigo (Anna Tsuchiya) are completely different.  Momoko is a 'Lolita'; obsessed with 18th century France, she dresses in modest frilly dresses, isolates herself from most of her peers and is obsessed with everything about her being 'sweet' from her manner to her food.  Ichigo is a Yanki; a motorbike riding tough girl with a hard image and take no shit attitude, but her gang is breaking up and she also has few friends.  The two form an unlikely friendship, based largely around a shared interest in fashion, despite their wildly differing styles.

It can be tough to catch your breath while watching Kamikaze Girls.  From the start Nakashima bombards us with a brightly coloured, fast edited, barrage of images and sequences, seemingly intent on throwing us off  The film certainly grabs your attention when, within seconds of beginning, a title card comes up saying 'The End', only for Momoko's voiceover to say 'that's a bit too short', causing the entire film to rewind.  This sets the irreverent and hyperactive tone for the rest of the film, which frequently breaks into flashbacks and at one point an animated sequence that suggests an extravagantly bloody Powerpuff Girls, 'so you won't get bored', says Momoko.  Boredom is not a problem here.

Fukada and Tsuchiya do strong work and find surprising nuance, as the film goes on, in their outwardly very broad characters.  Tsuchiya is especially engaging, chomping scenery as the bad-tempered biker chick.  The performances sneak up on you, through the cartoonish visuals and the relentless energy of the storytelling you do get a sense of how these two virtual outcasts end up connecting with each other.  There are plenty of other memorable characters, particularly Eiko Koike, cameoing as the leader of Ichigo's biker gang and Sadao Abe, whose hilarious quiff gives his character 'Unicorn'  Ryuji his name.

Kamikaze Girls is easily the lightest of the films I've watched so far for coming of age movie month, but behind it, there is substance and a worthwhile message about people being able to be themselves but also find connection outside of their particular social circle.  Nakashima and his stars make this point well, but without any heavy-handedness to take away from the film's infectious, anarchic, energy.
★★★★☆

You Are Not Alone
Dir: Ernst Johansen, Lasse Nielsen 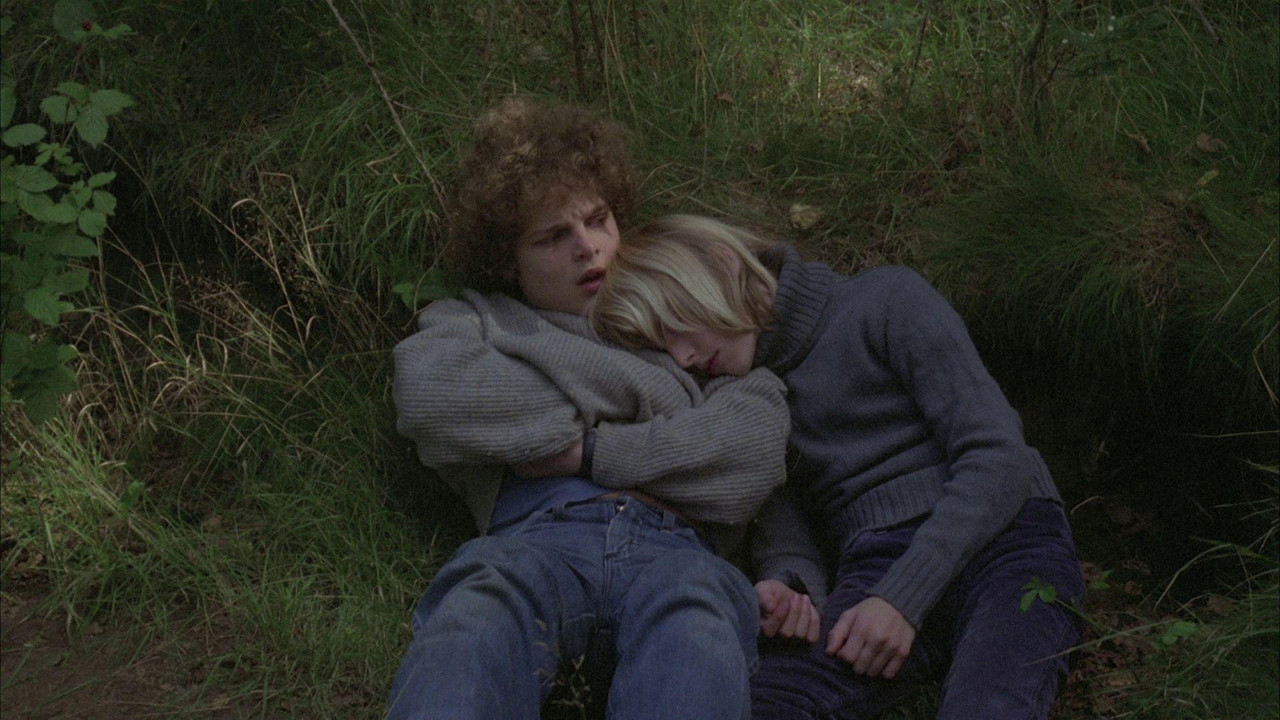 This film has been a long standing recommendation from my podcast co-host and fellow coming of age movie enthusiast Michael Ewins, so when I had the idea for this series I decided that it had to be included.

You Are Not Alone is a Danish film from 1978, set in a boys boarding school.  The central storyline is that of the burgeoning relationship between 15 year old Bo (Anders Agensø) and Kim (Peter Bjerg), who is a couple of years younger and the son of the school's headmaster.  Around this story we see the relationships, friendly and otherwise, between the pupils and the beginnings of a political consciousness, resulting in the students going on strike when one of their number is threatened with expulsion.

One of the things I liked most about You Are Not Alone is how wide ranging it feels as a coming of age movie.  Many confine themselves either to familial or romantic relationships to show how the characters are growing and changing and while this film also does that (and does it well) the focus on the characters growing politically and becoming active in that way gives an extra dimension to the coming of age narrative.  This is also true of the film's character focus, yes, Bo and Kim are the main characters, but the rest of their classmates are also well developed characters, most of whom have their own arcs and change in the course of the story.  It also makes room to give the teachers some personality (though Kim's authoritarian father is something of a cardboard cutout).

I often find that films about people having their first gay or lesbian relationship (a whole subsection of the coming of age movie) can be very samey: out gay kid and previously straight kid hit it off, straight kid is confused, parents/peers object, love conquers all.  It's not that that narrative can't be done well (see Fucking Amal), but it can be pretty dull.  Happily, You Are Not Alone doesn't really go down this route, even as Bo and Kim are more visibly together it never seems to be an issue among their peer group.  Indeed we see that they aren't the only gay couple among that peer group.  It's great to see a film deal with issues other than these characters sexuality.

The performances are great all around, neither Agensø or Bjerg ever seem to have acted again following this, which was the first film for both, but they give wonderfully naturalistic performances and their relationship has a sweetness and an innocence that works with the tone of the film as a whole.  Directors Ernst Johansen and Lasse Nielsen shoot and edit with an equally unaffected style, often content to let little silent moments communicate what the characters are thinking (as when Bo lifts Kim's arm from around his shoulders in one sequence where they are with other kids but then doesn't in a later scene).  It's a rather beautiful little film, and well worth seeking out.
★★★★☆
Posted by Sam Inglis at 18:39