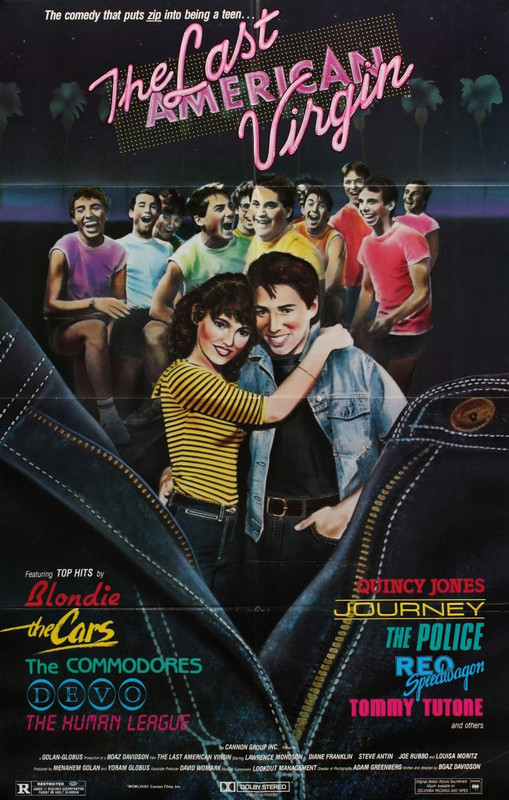 Long lost to the UK market (the only previous release was a 1987 VHS, which is rare enough that I've never seen a copy), The Last American Virgin really should be recognised as one of the key American teen movies of the 1980s.

Based on director Boaz Davidson's Israeli film Lemon Popsicle, which spawned a long-running series of sequels and was in turn based on his own teenage years, The Last American Virgin is a knockabout sex comedy, wrapped up in a very relatable story about high school friendships and relationships.  The film focuses on three friends, Gary (Lawrence Monoson), Rick (Steve Antin) and David (Joe Rubbo).  Initially, it's a romp as the three get in various sexual scrapes.  However, it takes a more serious turn in its other story, as Gary falls for Karen (Diane Franklin), the new girl in school.  Karen prefers Rick, but when Rick dumps her after she tells him that he made her pregnant during their one sexual encounter, Gary is there to pick up the pieces.

If not the best teen movie of the 80's, The Last American Virgin is certainly one of the most unusual, introducing a note of grim reality seldom seen even in the darker examples of the genre (the American ones anyway).  Before that point, it works well as a sex comedy in the Porky's mould, with a genuinely funny, farcical, opening sequence of the guys bringing three girls back to Gary's house, where things go hilariously and awkwardly wrong (I suspect the makers of the American Pie series studied this sequence).  Even this sequence feels grounded though, and this is something of a hallmark of the film, though it's not above flights of fancy, especially in the sequence with Louisa Moritz as the eager European who wants to induct each of the boys into sex.

Davidson does good work in laying the downbeat tone of the film in as a running theme.  Gary and his cohorts may get caught up in comedic shenanigans, but we're never far from a scene that rings searingly true – remember that time the girl you were in love with from afar tried to set you up with her friend?  How about that time she went off with your more popular mate?  Monoson does the 'everykid' bit well and makes you feel for Gary in the many scenes where he's at arm's length from Karen, longing to say something.  The other side of that equation is Diane Franklin, who makes you fall just as hopelessly in love with Karen as Gary does, at least until the ending of the film.

That ending is something I can't discuss, but it's the thing that will make or break the film for a viewer.  For me it makes it, every time it's as if a hole has been punched through your chest, for two reasons.  First, there's the fact that we've seen the things that Gary has done for Karen, particularly in the film's second hour, when the knockabout sex comedy is replaced by a grimly realistic take on abortion.  It also works this way because we've been trained on what to expect by years of American teen movies, but this one gut punches you with the full force of what being a teenager really felt like (unless you were Rick, in which case I'd love to know what you make of the ending).  It's a hell of a rug pull at first, but on reflection, it does mesh with the film's prevailing tone, and it certainly makes it stand out.

The Last American Virgin doesn't always mesh its comedy and its drama perfectly, and the first act can feel very scattershot, but it tugs on your emotions more effectively and more realistically than most of its kind.  That often makes it painful, it also makes it memorable. 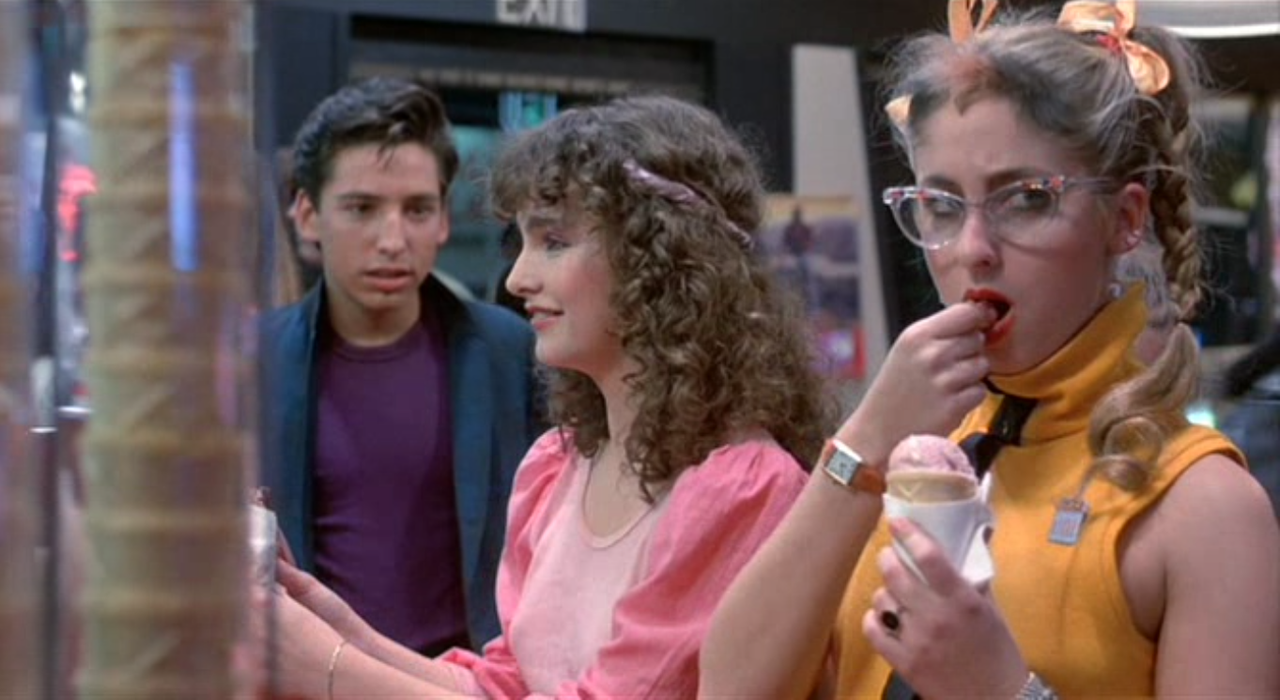 My screener of this Arrow Video release had an issue that I requested clarification on; I noticed, from time to time, a very slight gap in the sound sychronisation.  For the record, I own an older US DVD release of the film, and I don't recall any sync issues with that.  I will be buying this release, because I'm a big fan of the film, so I will update this review when I can clarify whether this issue is present on retail copies as well.

Aside from this, this is another exemplary release from Arrow Video.  The picture is spectacular; it's a little soft, but in a way that preserves a filmic feel, but the detail is outstanding.  It's arguable whether the film would have looked this good in cinemas.

The Extras
A shade thin for an Arrow release.  We get substantial interviews with Boaz Davidson, Lawrence Monoson and Diane Franklin, but it would have been really nice to have a commentary, or a feature on the Lemon Popsicle films as well.  There is also a booklet with writing on the film, but this was not supplied for review.

Overall
This is probably as close to a definitive release of The Last American Virgin as we'll ever see.  The picture is spectacular and the extras offer some insight into what I still think is one of the best films from one the best cycles of teen movies.  I highly recommend that you discover this film, and this is easily the best way to do so.