This year my London Film Festival has begun earlier than ever, thanks to the increased availability of online screeners.  Here are some short reviews of selected films I was able to see before the press screenings begin on September 23rd.

The Sarnos: A Life in Dirty Movies
Dir: Wiktor Ericsson 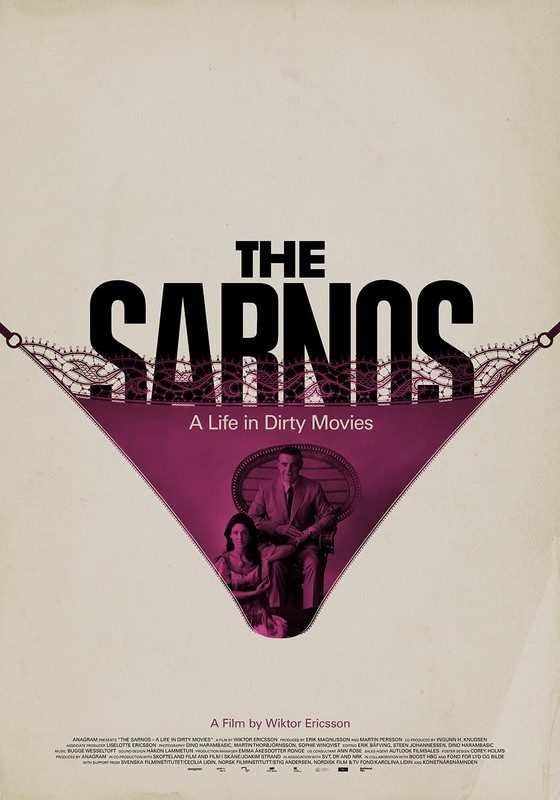 As a fan of exploitation cinema, I've often heard the names Joe and Peggy Sarno, and I've long meant to see some of Sarno's films, such as Abigail Leslie is Back in Town.  What I wasn't aware of was just how productive Sarno was in his heyday, or that his films have been held up as some of the most interesting made in the sexploitation and softcore industry.

This film focuses largely on Sarno's work, but it's also a film about a forty year marriage and a man coming to the end of his life.  We see him working on a new film - which would have been his first for many years - but it seems all too clear that the 88-year-old Sarno is not well, and is being held up by his clearly doting wife Peggy.  The small moments between the couple and the glowing pride with which Peggy speaks of her husband and his work are some of the film's most resonant moments.


The exploration of the Sarno's films, and particularly of their relationship to Sweden and how Sarno apparently drew influence from Bergman makes an effective argument for his work being more than just softcore.  The clips we see are interesting; clearly low budget and shot very much on the fly, but there's an artistic eye in evidence and though very different in style I can see that Sarno might be more in the model of Radley Metzger than any other 42nd street director.

Ultimately, everything comes back to the relationship, beautifully captured in two late scenes.  The first is of the couple walking in the park, Peggy lovingly chiding her husband for not taking better care of himself. The second takes places three months after Joe's death, where Peggy reveals that she still carries his New York Times obituary and her pride at how long it was.


The dirty movies are interesting, and I hope to see some of them in the future, but at the end of the day this film is more about makers than the movies, and all the better for it.
★★★☆☆ 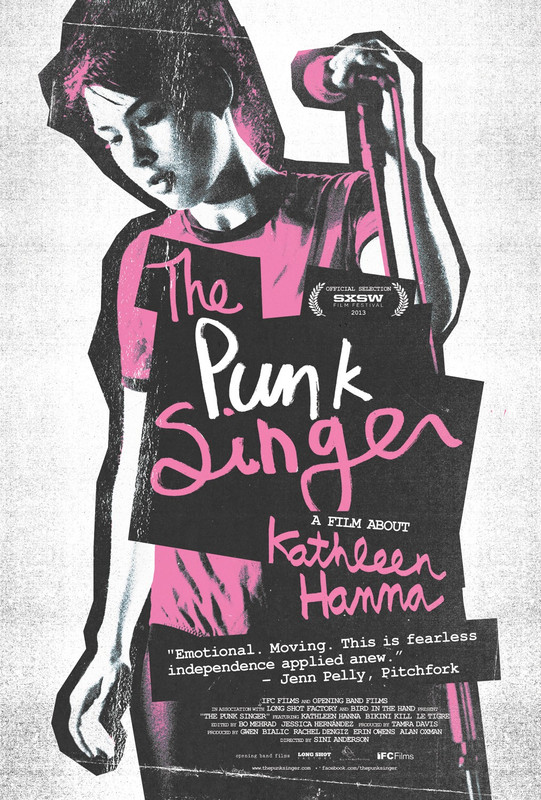 I am a big music lover, but I'm also very aware that my depth of knowledge when it comes to music is nothing like as comprehensive as it is with film.  I'm always trying to discover new music and musicians, so a documentary about a musician I'm unfamiliar with but interested in is something I'll always make time for.  That was very much the case with The Punk Singer.


The film is a broadly biographical portrait of Kathleen Hanna, who first came to prominence as the lead singer of Bikini Kill and one of the leading lights in the Riot Grrrl movement - I've not heard much Riot Grrrl, but have long meant to discover some - and went on to found Le Tigre and now a new band, The Julie Ruin.


Sini Anderson's film splits its time reasonably evenly between Hanna's music and her politics - though the two obviously bleed into one another constantly - and it acts as a good primer on the early 90's grunge scene, its links to third wave feminism and Hanna's clearly important influence in both of those movements.  One of the film's more interesting sections covers how Hanna's 'girls to the front' call at Bikini Kill gigs and her unwillingness to take shit from male crowd members ties into the bigger themes and goals of third wave feminism.  Happily, the film never feels dry or hectoring when it's dealing with the politics, and this is largely thanks to its greatest asset: Kathleen Hanna.


The Punk Singer LOVES Kathleen Hanna, it's ultimately more hagiography than biography, but on the evidence presented here I really can't blame the film for liking her so much.  Hanna is thoughtful and witty, even when discussing the most difficult times of her dramatic life and particularly when the film veers off its established track in the last twenty minutes to discuss her recent and ongoing illness.  She seems like, at least when she's well, she'd be a lot of fun and pretty fascinating to hang out with.


The fact that the film loves Hanna so much, and that it has 25 years to cover in 82 minutes, also means that it's not as deep as it might be.  The middle section on Le Tigre aside, each part of this film could be its own feature, especially the first half, which takes us up to Hanna's first solo album.  Still, while it's not without its frustrations, this is an engaging and entertaining film and about an interesting person who has made a lot of great music.  If you're already a fan it's a must see, and if not it may convert you.
★★★☆☆
Posted by Sam Inglis at 17:10