So, for the second week of the Blogathon, Marcey has sent me to Czechoslovakia, to check out a surrealist film.  Here's why..

"Czech films of the 70’s are usually worth your time, and I happened to come across this one, based upon the story by Hans Christian Andersen. I am a huge fan of the story, and yes I do enjoy the Disney film but this is a fantastic adaptation. The visuals here are stunning; my eyes were treated to such beauty when I first watched this. There is a unique way of telling the story here, the under water scenes are done on sets and they look beautiful. This is exactly what I want out of the story, and I certainly hope Sam enjoys this. I know he shares a love with Czech cinema with me, and this is a must see." 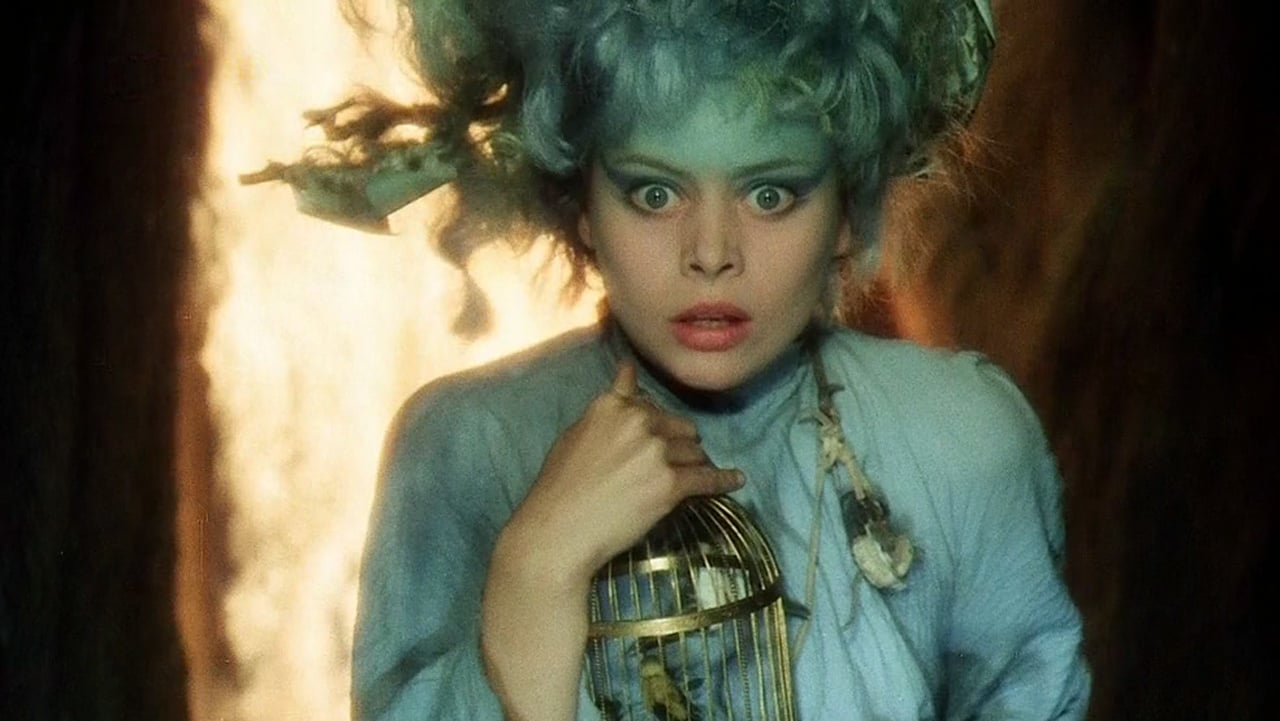 The first thing that came to mind as I watched this film wasn't the fairy tale, but rather a film that I had recommended to Marcey a couple of years ago; the Czech surrealist film Valerie and Her Week of Wonders.  Both films exist in a dreamlike state, but use it to tell what is a very simple story of a young girl's coming of age (in the case of Valerie the film is triggered by her first period, The Little Mermaid hinges on first love).  I LOVE Valerie, but The Little Mermaid, if not as immediately seductive, is not embarrassed by the comparison.

Disney's film must be one of the first I remember seeing at the cinema, but I also remember being read the real story; the sad story, when I was a kid, and thinking as I grew up that it was a shame nobody had filmed that version.  Turns out they had.  From my hazy 20 plus year old memories, this would seem to be a pretty faithful adaptation of Hans Christian Andersen's story of a mermaid (who saves and falls in love with a prince, then sells her voice to a witch, and agrees to endure enormous pain in order to appear human and have a chance to win his heart, only to fail, and decide to die rather than kill him and live).  It's a beautiful story, and Kachyna tells it well, with both the romance and the tragedy coming through affectingly.

The visuals are unusual and gorgeous, particularly the design of the underwater kingdom of the Sea King, and of the Mer people themselves, who are all dressed in the different colours that the sea can appear to be, and seem to have ocean debris tangled in their hair.  The set design is also stunning, and really contributes to the way that the film creates a whole and credible feeling undersea world.  I like the little details too, like the way that Mer People never appear wet, even after emerging from the water.  Kachyna builds the world well in the film's first half, making it seem idyllic at first, but revealing the ways it holds The Little Mermaid (Miroslava Safránková) prisoner bit by bit.

The standout moment of the film is the scene in the cave of the Sea Witch, which really lays out just how huge a sacrifice is involved for the Princess to even appear human, here the film combines horror with the development of a strong character (another thing that's good about the story as a whole; all the choices are the Princess' own).

The only major criticism is really that the film somewhat rushes through the story once the Mermaid gets to look human, but Safránková's convincingly alien and rather soulful performance help the emotion of the story's third act stick, as does the still dreamlike imagery.  This is a hypnotic and beautiful film, one I'll come back to, and one that, just as Valerie And Her Week Of Wonders did, has made me anxious to see more Czech surrealism.
★★★★☆
Posted by Sam Inglis at 22:32