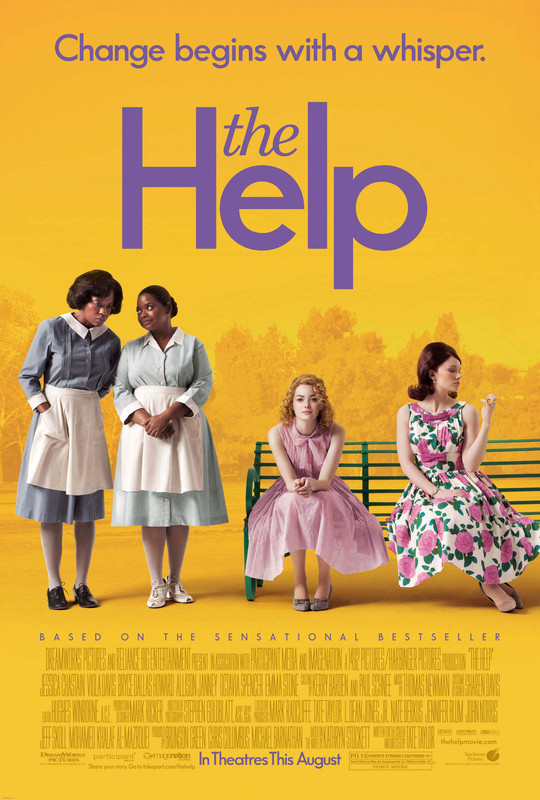 It's easy to see why The Help is being tipped for Oscar glory this year, not because it's tremendously brilliant - it isn't - but because it's the kind of film that wins Oscars. It's got a whole load of big actorly performances. It's a period set movie, dealing with some of the more sordid and shameful aspects of America's chequered past, but it deals with those themes in a way that feels non-threatening, middle American, and is generally pretty upbeat. Directorially it's solidly crafted, but never breaks any sort of mould, and on screen it is populated by a mix of beloved old hands and rising stars, just waiting to be anointed. If someone bottled a formula for Oscar, it might well taste like The Help.

Based on the novel by Kathryn Stockett, The Help is set in 1963, just as the civil rights movement was really beginning to gather a head of steam. Young aspiring journalist 'Skeeter' (Emma Stone) sees the way that the black maids in her home town of Jackson, Mississippi are treated, and decides to write a book about them, but she needs testimony, and lots of it. Initially she manages to recruit Aibileen Clark (Viola Davis) and Minny Jackson (Octavia Spencer) to share stories about the white families they have worked for. in the meantime, local queen bee Hilly Holbrook (Bryce Dallas Howard) is busy campaigning for a law to require coloured staff to use separate bathrooms from their white employers and setting up the town benefit for African orphans (an irony that director Taylor repeatedly slaps us in the face with).

There is a surfeit of characters and stories here, so much so that even at 146 minutes the film suffers from a lot of loose ends and underexplored characters (most notably the husbands of maids, the only one we encounter at all is a wife beater who we only ever come across as a disembodied voice on the phone). With many of the featured characters, including, damagingly, Stone's 'Skeeter', only sketchily outlined, the whole thing ends up feeling rather shallow, and not a little cartoony.

The cartoon storytelling is perhaps most felt in the opposing forces of ultimate evil (Bryce Dallas Howard, doing her best panto villain as the virulently racist Hilly) and ultimate good (a naively saintly Jessica Chastain as Celia Foote). The performances are both overblown, but both do their jobs beautifully, committing utterly to characters sadly lacking in nuance. Chastain - surely the brightest new star of 2011 - bears singling out again, as she continues to amaze with her range and sheer on screen magnetism. The problem is not the acting, it's that the fact that these don't feel like real people undermines the serious nature of what The Help is about. Yes, the way Hilly behaves is repellent, but she's such a panto villain, so devoid of any redeeming feature, that she feels like a character rather than a person, which robs much of her behaviour of real impact, and the same can be said of Celia's kindnesses and eccentricities.

The supporting characters are more real, and it's in them that we see the sort of insidious racism, that bred in prejudice that the South clearly had for many generations, but sadly we don't really get to spend enough time with them, and when we do Hilly is usually around as well. Some of the film's finest moments revolve around the petty cruelties of the day to day with these supporting characters, like the sting Aibilene feels when asked 'isn't it nice to have your own [toilet]?' by her employer (Ahna O'Reilly). 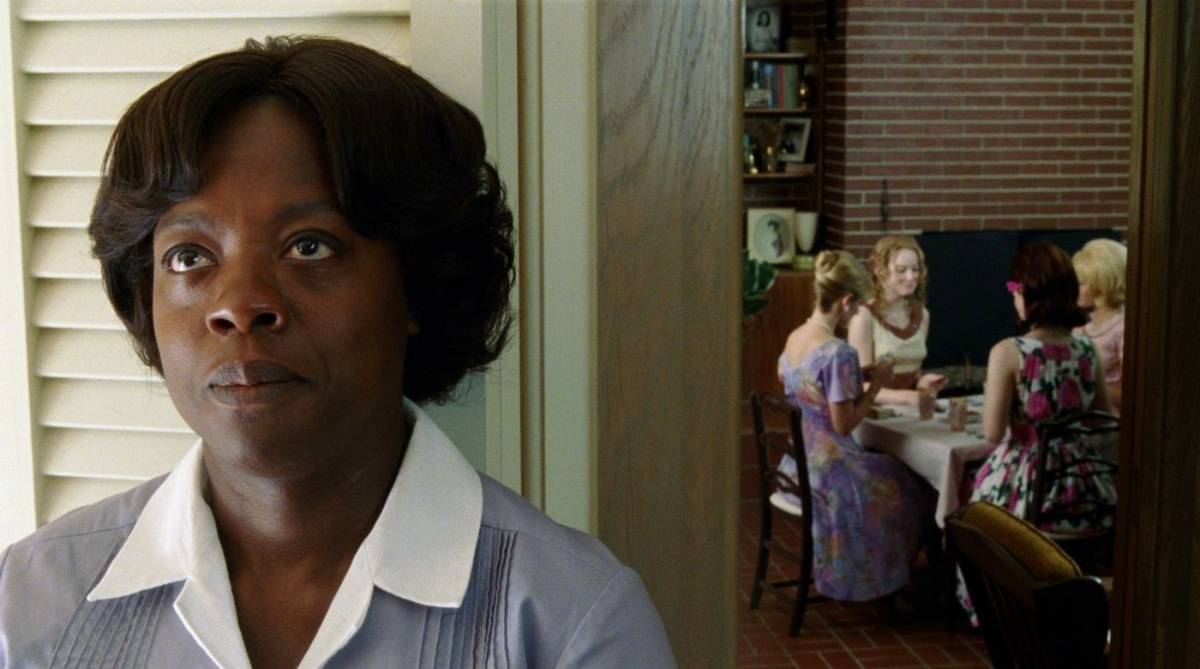 As the two maids that we really get to know Viola Davis and Octavia Spencer are both likely to be Oscar nominated, and both are excellent. Spencer makes a good fist of being, if not quite the comic relief, the more forceful and more upbeat of the pair and, in her scenes with Jessica Chastain, develops a great line in stunned reaction shots (Chastain also gets her own, probably the film's funniest moment). Davis, however, acts her and just about everyone else off the screen. It's probably no coincidence that what is likely the film's most reserved performance is also its best. Davis is the one person here who puts across more silently than she does through dialogue - even in the film's cloying, overblown, awful, final scene, her grounded performance makes the contrived little bow tied on the ending play.

The biggest problem for the film probably comes in its main character. Emma Stone is fine, though hardly a revelation, but 'Skeeter' barely feels necessary. This isn't her story, it's that of the maids, yes she gets the book started, but the authorial voice of the film feels confused, seemingly starting out as Skeeter's but moving to become Aibilene's, and ultimately a white character providing the impetus for the telling of these stories is one of a few ways the film slightly condescends in regard to its black characters. The other problem with 'Skeeter' is that she seems too modern. Yes, she's been to college, and she has different opinions from a lot of her peers in Jackson, but even her look feels incongruous - because she's the only person not dressed like a cartoon of the early sixties - and combined with her somewhat contrived status as audience analogue/mouthpiece, this makes her feel more a device than a character.

Rife though it is with problems, and while I sometimes doubt the sincerity of its politics, I can't say that I didn't enjoy The Help somewhat. It's generally well acted (Sissy Spacek hasn't been this good for a while), and until you sit back and unpick it, it's easy just to be carried along by the slightly overblown mix of drama and comedy, and by Taylor's generally quite authentic feeling visuals. Once you walk out the door, that's when you begin to realise how little like real people these characters can feel, how much of a clang some of the dialogue lands with, and how contrived many of the events of the story feel (especially the so called 'terrible awful', which smells of bullshit from the first moment we hear about it). It's tough to come down on either side with this film. I understand both why people like it and why people have serious problems with it, at the end of the day that's maybe the best reason to see it... at least it throws up some interesting issues, on purpose or not.
★★☆☆☆
Posted by Sam Inglis at 23:30