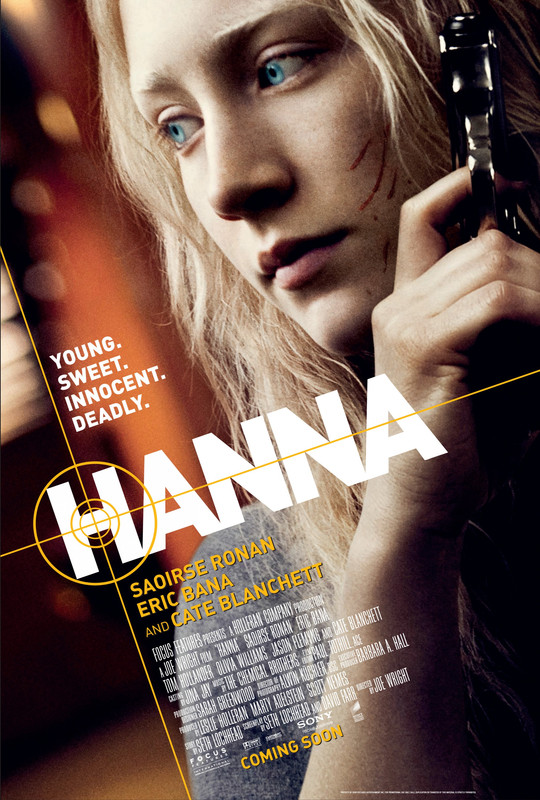 Hanna (the movie, rather than the character) is a bit schizophrenic. Sometimes it's a modern take on Grimm's fairytales; with Saoirse Ronan playing both Red Riding Hood and the woodsman, other times it's more simple; a stripped back, lean, focused and well shot action movie. I'm not sure which of those films it really wants to be, and I'm not sure the film knows either. Both work to some degree (the action movie more so, for me) but they don't really complement one another that well, I often felt like I was watching two movies that had been slightly awkwardly edited together.

The story isn't tremendously original; it sees Ronan as a 15-year-old girl raised in the forest by her ex CIA operative Father (Eric Bana) and trained in preparation to kill Marissa Weigler (Cate Blanchett), the CIA higher up who killed Hanna's mother. When Hanna decides that she is ready she allows herself to be taken by the CIA, so that she can find and kill Marissa.

That said, there is much that is good about Hanna, notably Saoirse Ronan. Just 16 when this film was shot, Ronan has long shown that she has a deep, beyond her years, understanding of her characters and her craft, and she brings Hanna to vivid life. Much of this performance is in Ronan's clear, cold, blue eyes, in the detachment and focus with which she plays the action scenes, as if running through a series of moves she's rehearsed a hundred times. However, as the film runs on she's also allowed to show emotion, and she's effective as she shows us another side of Hanna scenes in scenes with a family of tourists with whom she makes friends (particularly Jessica Barden as the teenage daughter and Olivia Williams as the mother) and attempts to be a normal teenager for a while, which doesn't always go well, notably on a double date with Barden. The relationship with Bana adds another layer, it seems a touch cold in the opening sequence; more teacher/student than father/daughter, but again towards the end of the film you get to feel it more as Hanna is allowed to be a more emotional creature.

Ronan also throws herself into the action, clearly doing a decent amount of her own stunts and fight sequences, and handling them with aplomb, putting across a surprising amount of force (particularly in the container park scene, and when fighting Eric Bana) for such a slight girl. It is to her credit that the film works at all, because she grounds what could be an outlandish piece of work with a performance of conviction and reality.

Joe Wright (who was suggested by Ronan after she was cast) seems an odd choice to direct a film so action heavy as this, but his inexperience seems to work for the film, because it means that he's not shackled to the boring prevailing trends of fast cutting, close ups and slow motion in the action scenes. Wright brings some of his arthouse styling to the table, be it the pounding circular cutting in the CIA facility action scene, the series of tracking shots and out of focus fights in the container park or Eric Bana's Oldboy inspired single take fight, Wright is always finding ways to make each set piece look and feel different from the others, while keeping everything both intelligible and exciting.

The other great contribution to Hanna comes from The Chemical Brothers, whose score is the only thing that really manages to draw the disparate parts together. At times it is a huge, pounding, breakbeat driven monster, and at others it subtler and softer, but it always complements the film, and the two themes that run through the score are carried through brilliantly, particularly the lilting tune that becomes disturbing when whistled by Tom Hollander's villain. However, good as the score is, and vital to the film though it may be, this is not Tron: Legacy. That was a Daft Punk video first and a film second, Hanna is never a Chemical Brothers video. 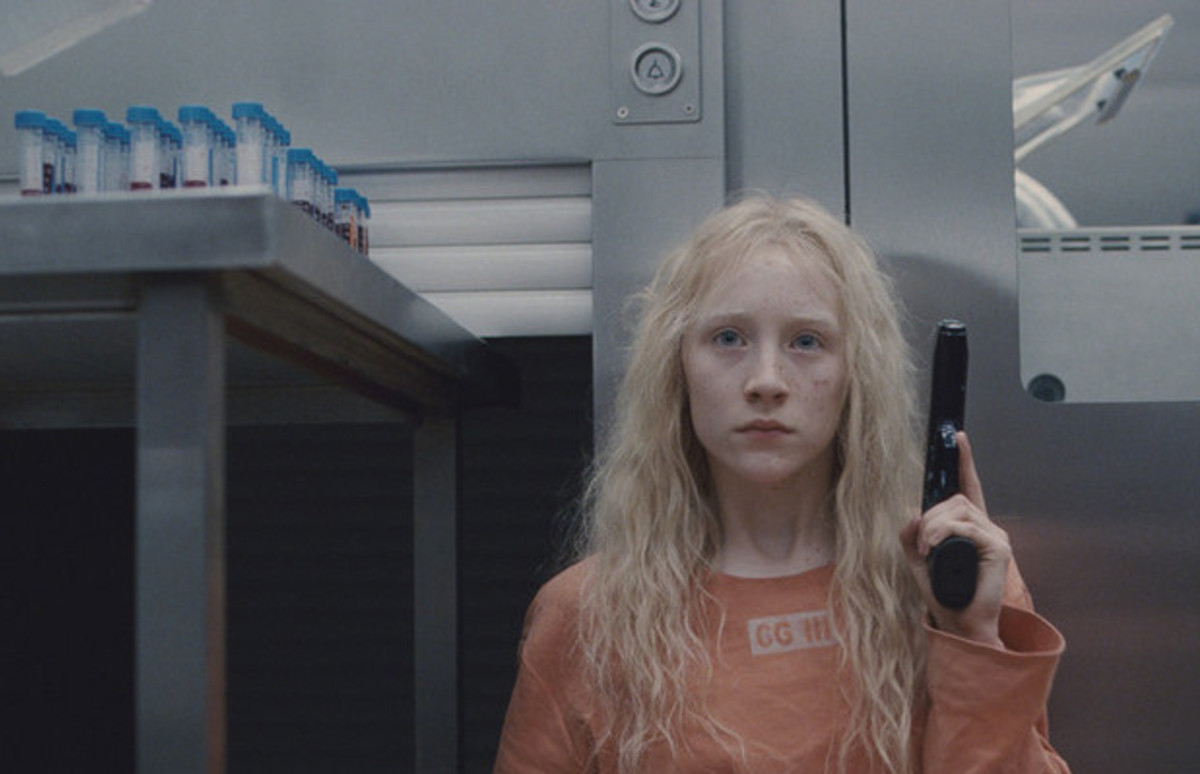 Unfortunately, in amongst all this good stuff, there are things that just don't work. Set against Ronan's very real performance other elements often feel too broad and cartoony. This is especially felt in the extended sequences with the insufferably liberal family Hanna hitches a ride with and, more damagingly, the villains of the piece. Cate Blanchett is a great actress, make no mistake, but I've no idea what she's doing here, she seems out of place, her terrible orange wig, stereotypical uhmayrican accent and over the top approach repeatedly threatening to unbalance the film and rob it of what credibility it does have. It's not helped by Tom Hollander either, playing an androgynous German assassin who is so ridiculous that he's never frightening. I get that they are archetypes; a witch and a big bad wolf to tie into the film's fairytale theme, but it just clashes with the rest of the film. Talking of moments that clash; what the hell is with that sequence in Wilhelm Grimm's house? It's like someone cut in a scene from another film (and not in a good way)

As the film runs on, Wright really begins to hammer home the fairytale stuff ("To Grandma's house we go") to the point that he has Hanna walk into a wolf's jaws for the final confrontation with Marissa. Again, I get what he's saying here, but not so much why he's saying it, it doesn't really inform the film or the characters, and the metaphor sits uneasily with the rest of the film.

Whatever else is wrong with Hanna, it is never at a loss for ideas, and it is never dull. There is much to love here; Ronan's performance; the score; the action; the neat circular structure; the terrific, percussive editing, and for all its flaws it is well worth seeing, because it's a film that feels different to its peers, because it's a film worth thinking about, and a film worth discussing. We don't get enough of those, flawed or otherwise.
★★★★☆
Posted by Sam Inglis at 11:09