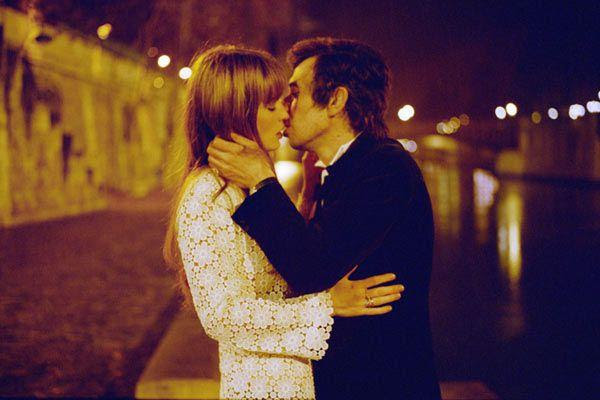 Comic book artist Sfar makes an arresting directorial debut with this biopic of a man perhaps best described (by a friend of a friend) as ‘France’s pervert laureate’. Sfar covers most of Gainsbourg’s life, from his childhood (when he was still Lucien Ginsburg) in Nazi occupied Paris, to his controversial career as a musician and his prolific womanising with some of the world’s greatest beauties; Juliette Greco, Brigitte Bardot and Jane Birkin among them. It’s a scattershot film, inevitable really when you are covering roughly 50 years, but it’s also an unusual and entertaining work.

Sfar follows the basic biopic form, most notably in the scene when Gainsbourg writes Je t’aime (moi non plus), which has the same slightly clunking feel as the moment in Ray when Jamie Foxx, as Ray Charles, writes Hit the road, Jack, but in both style and storytelling this is a rather unusual film. Sfar employs a clever device of giving Gainsbourg’s rebellious streak physical form (as a caricature known as Gainsbarre, which is, apparently, a very good pun in French). Doug Jones, surely the cinema’s foremost pantomime artist at the moment, gives Gainsbarre shape, and makes him by turns a funny, mischievous and sinister presence in the film. It’s a contrivance, and one that could have been heavy handed, but it is beautifully handled and the touch of surrealism it lends the film feels strangely appropriate to the unpredictable man at its centre.

The performances are top notch all round, but special notice has to go to Eric Elmosnino, he may look more like a cadaverous cross between Gainsbourg and Rowan Atkinson, but he embodies Gainsbourg completely, to the point that it seems less performance than possession. It’s not an easy part, Gainsbourg grows progressively more loathsome as the film goes on, but Elmosnino makes him entertaining, if not likable. There is also a tinge of sadness to watching the film, because the other stand out performance is given by British actress Lucy Gordon, who makes for an eerily convincing Jane Birkin. Gordon killed herself just weeks after finishing this role; a tragedy made even more senseless when you see how she leaps off the screen here.

I knew nothing about Serge Gainsbourg going into this film, and though I’m not sure I know much more now, I certainly had fun for two hours.

Charming, but ultimately far too safe and familiar to leave any lasting impression, this British rom-com about a battle re-enactor (played by the excellent Eddie Marsan) trying to win back his wife (Jessica Hynes) feels like exactly what it is; a film made by committee. The script, director and several cast members, were chosen through votes on Myspace, who also put up much of the funding (it appears to have been a commercial disaster, as the film never even received a cinema release in the UK).

Faintheart is a custom made feel good movie, almost embarrassingly unoriginal and lack anything constituting a surprise in even one of its plot developments, the fact that it isn’t awful is down largely to the excellent performances. Marsan is more dialled down than normal, since this film he’s made a name playing explosive characters, but he’s effective here as a normal guy just trying to be the best husband and father he can. Jessica Hynes is also effective; from her looks to her naturalistic acting there’s nothing Hollywood about her, and that works well for the film. There’s also a strong comic relief turn from Trainspotting’s Ewen Bremner.

The direction, sadly, is as rote and by the numbers as the screenplay, and the minor roles (the ones, one assumes, cast from Myspace audition tapes) are played by actors more suited to local theatre, but Faintheart gets by on a handful of performances better than the script deserves and a good deal of charm.

Directed by and starring Gordon Liu (now best known as Pai-Mei, and various other characters across the two volumes of Kill Bill), this Shaw Brothers effort is one of the generally acknowledged classics of martial arts cinema. Unfortunately I found it tremendously disappointing.

The story is by the numbers (young man on the run from the Manchus who killed his family takes refuge and trains in martial arts at Shaolin temple) and it takes forever to get going. Even the training sequences largely disappoint, thanks to the sheer dullness of the tasks (one seemingly endless sequence has Liu attempting to jump over a pool of water).

It is only in the last twenty minutes or so, after Liu leaves Shaolin and finally seeks his revenge that the film picks up. Here the choreography (though still very classical) is at least a little faster and punchier, but still, it’s all very rote. Groundbreaking in its day, yes, but looked at now 36th Chamber comes up very short. 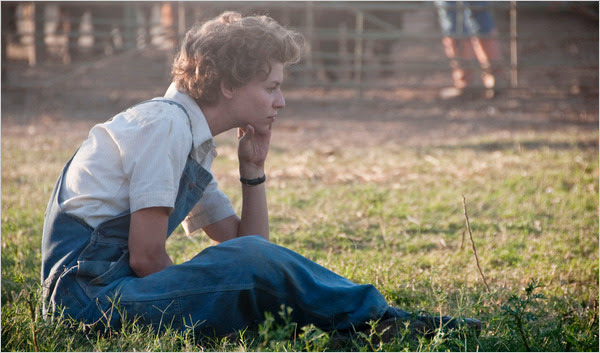 Every now and then, movies offer up a lovely little surprise, and this is certainly one of 2010’s. Claire Danes plays the real Dr. Temple Grandin, a profoundly autistic woman who has overcome many of her anxieties to become a great engineer and a leading expert in the field of the welfare of animals being raised for food. The story is simple enough biopic stuff, but Mick Jackson uses the visuals beautifully, managing to communicate in a way that is neither heavy handed nor unclear, the way that Grandin says she is able to think in pictures.

Jackson also draws an exceptional performance from Claire Danes. She’s always been actress who, to me, has exhibited more charm than skill, but here she completely melts away to leave behind only the character of Temple Grandin. I’ve spent a great deal of time with autistic people, and Danes’ is probably the most sensitive and most accurate portrayal of a profoundly autistic person that I can remember. She’s careful never to use Grandin’s disabilities for comedy, never to mock her, but at the same time she makes no play for sympathy. She presents Grandin as a complete and complex young woman. I’d be tipping her for an Oscar, but unfortunately the film debuted on HBO, and so is ineligible.

Temple Grandin is an excellent film, with fine performances all round from a cast that also includes Julia Ormond, David Stratairn and Catherine O’Hara (terrific in a rare straight role), but it is, at the end of the day, Claire Danes' film, and she carries brilliantly, giving a performance I would never have suspected she had in her.

Zombie Girl: The Movie is a highly entertaining documentary about 12 year old Emily Hagins, as she makes her feature directorial debut with a self-penned zombie movie (she wrote the script aged 10) called Pathogen. The doc is never fawning (it shows Hagins fucking up on many occasions, and even the odd moment of petulance towards her near saintly mother) but it doesn't mock either, choosing to highlight the sheer excitement that Hagins has to be making her own film. She's an engaging character too, smart when she stops to think, and witty too. I've ordered Pathogen on DVD on the strength of this film (watch for a review soon), but in its own right Zombie Girl is definitely a film to show the young aspiring filmmaker in your life.
Posted by Sam Inglis at 19:09