Belvaux’s latest is a solid, confident kidnap thriller. It’s certainly flawed, but still, it’s a promising work from a director who has been gaining steady acclaim film by film.

It starts brilliantly, with just a very little setup before company director Stanislas Graff (Yvan Attal) is taken in a brutal early morning kidnapping by a gang who subsequently demand € 50 million for his safe return. Against this backdrop Graff’s wife (Anne Consigny) and teenage daughters find out that not only are they, thanks to Graff’s gambling, not rich enough to pay the ransom but their husband and father is a serial philanderer (something his wife takes not just calmly, but defends).

For about 75 minutes the film cuts between Graff’s captivity (which begins in a tent, guarded by a group of masked men who treat him very roughly, but later becomes more palatial when he is transferred, and his new captor seems almost perversely friendly) and his family and business associates attempts to raise and exchange the money for his release. The exchange sequences are perhaps the film’s best; intricately designed so that even though neither the basic ideas nor Belvaux’s approach are especially new (there’s more than a shade of Michael Mann, happily minus the blue filters) you never quite know where things are going and you remain really caught up in the moment.

Yvan Attal has a tough part to play, but he’s better here than I’ve ever seen him be. With his ragged beard and messy hair he begins to look genuinely gaunt in captivity, and he manages to make Graff relatable without asking for sympathy for a relatively loathsome character. I’ve admired Anne Consigny for some time, and she’s as good as ever, and again demonstrates her versatility, as Graff’s wife. As much as she exuded warmth in Not Here to be Loved, here Consigny is a cold, hard surface. One telling sequence has her looking around her captive husband’s love nest, never removing her sunglasses. Consigny manages to play a woman who has to hold her emotions under the surface without being bland.

It’s a disappointment, but Rapt all but falls apart in its last half hour, which trades the momentum of the first 90 minutes for uneventful longeurs, but the film just manages to pull itself up again, closing with a hauntingly unfinished ending which has enough confidence to let us fill in the many blanks as the credits roll. By no means a classic then, but well worth a look for those who like their thrillers slow burning. 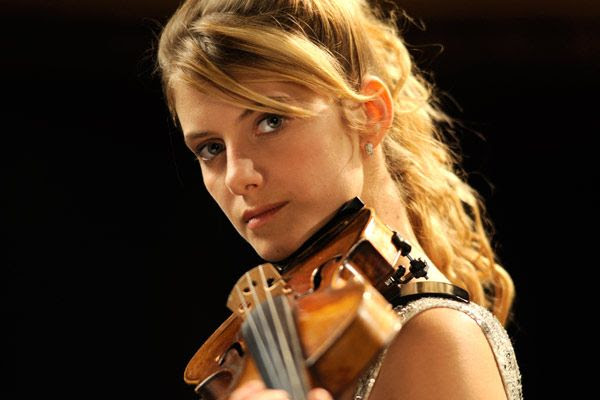 If you go to Le Concert looking for plausibility then you’re going to come away disappointed (and likely more than a little annoyed), but embrace this movie as the featherweight fairytale that it is and, though it’s not going to change your world, you’ll likely have some fun.

The film centres on Andreï Filipov (Aleksei Guskov), he’s now a janitor at the opera house in Moscow, but 30 years ago he was the conductor of the Bolshoi orchestra, but he was publicly removed from that post for employing Jewish musicians, and hasn’t been allowed to conduct since. One day he intercepts a fax from a prestigious Paris concert hall, asking for the Bolshoi to come and play, and decides to get the old band back together and play the concert they were never allowed to finish. Provided that Paris will let him have as soloist violinist Anne-Marie Jacquet (Inglourious Basterds standout Mélanie Laurent).

The film is pretty predictable. Preparations for the concert become a (literal) French farce, as Filipov’s gypsy orchestra lets him down time and again, there’s a mysterious long ago connection between Anne-Marie, her agent (Miou Miou) and Filipov and of course the final lets put on a show moment goes as these things always do, plausibility be damned. What keeps it afloat is the verve and charm with which the whole thing is executed. Le Concert could easily have become a freewheeling mess, but director Mihaileanu manages to keep it on the rails, juggling storylines and tones with aplomb.

He’s aided by a top notch cast, especially big, barrel shaped Dmitri Nazarov, who, as Filipov’s chief co-conspirator proves equally adept at comedy and drama and Miou Miou, whose relationship with Laurent has a plausible closeness to it, which really helps with the backstory. That said; it’s Mélanie Laurent who walks away with the film. Never mind her angelic beauty, this is a role a long way from Basterds' Shoshana, and though it’s rather cliché and not a little thin, she completely commits and in the film’s climatic sequence her emotion comes across as the most raw, most genuine thing in the movie and just for a moment I felt myself choke back a little tear.

For the most part though, Le Concert is a comedy, and it’s often a riotously funny one, farce is tough to get right, but Mihaileanu keeps the laughs coming, while finding just enough time to have the story work. I know this is fluff, but it’s really well made, really well acted, really enjoyable fluff and at the end of the day there’s nothing wrong with that.
Posted by Sam Inglis at 20:21