If you know me at all you know that I hold Francois Ozon in very high regard. He’s a master filmmaker, and perhaps the only working director with a lengthy filmography who has never made a bad film. Le Refuge, which I saw at Rendez Vous with French Cinema earlier this month, is among his best work, certainly his best film since his masterpiece; 5 X 2. It features an(other) exceptional performance from Isabelle Carre as Mousse, a young woman trying to kick drugs and bring the child of her boyfriend, who has recently died of an overdose, to term. Ozon doesn’t indulge in the clichés of either a drug or a pregnancy movie, instead crafting a genuinely brilliant character study.

The Secret in their Eyes 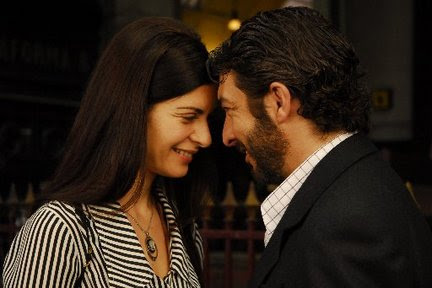 The surprise winner (beating, among others, Haneke’s The White Ribbon) of this year’s foreign film Oscar. This Argentinean film has attracted very appreciative reviews from the critics who have seen it. It appears to be a thriller, with a murder mystery at its heart, and I’ve seen it compared to The Usual Suspects. For me, another point of interest is Ricardo Darin, who I was very impressed by in XXY. This one is something of an unknown quantity for me, but I’m expecting a nice surprise.

25th
Scott Pilgrim Vs The World

The latest from British director Edgar Wright seems well suited to his idiosyncratic sensibilities. It’s a romantic action comedy about Scott Pilgrim (Michael Cera), who begins dating the girl of his dreams (Mary Elizabeth Winstead), but before he can win her heart he must fight, and defeat, her seven evil exes. The dialogue should be sharp and funny, the cast is brilliant (and also includes recent Oscar nominee Anna Kendrick) and the fights have been choreographed by Jackie Chan’s stunt team. I’m sold.

27th
The Girl Who Played With Fire

As a novel this follow up to The Girl With the Dragon Tattoo was a little bloated, and felt like a bit of a stopgap; the first part of a huge story for completion in the third book (the film of which opens, smartly, in November). Hopefully, in the inevitable tightening of the story, the film will inject a little more pace, and get to the thrilling heart of the story faster. Whatever happens we get another two hours with Noomi Rapace’ Lisbeth Salander, which can only be a good thing really.

I’m interested in this biopic, which apparently focuses more on Joan Jett and Cherie Currie than their band as a whole, for several reasons. First is trying to discover whether Kristen ‘cant act, blinking’ Stewart can actually act. Second is to see how Dakota Fanning (who can act) fares in her first real adult role. Third is to see whether the amazing music video director Floria Sigismondi can bring her very particular style to the movies. 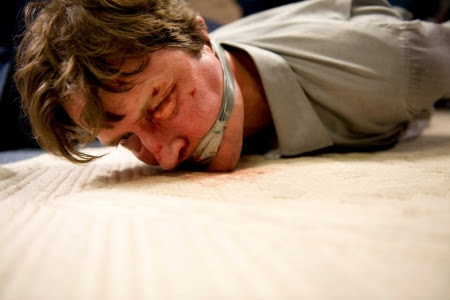 It will be very interesting to see how this fares with BBFC, because it is apparently cut from the same cloth as the home invasion horrors like Fight For Your Life and The House on the Edge of the Park which featured so heavily in the 'video nasties' list. I’m getting a little bored of this British hoodie horror cycle (see, or don’t, the awful Eden Lake), but I’ll give this the benefit of the doubt because Paul Andrew Williams is at the helm, and I’m hoping this will mark a return to the form of his excellent, if disturbing, debut; London to Brighton. A couple of years ago, in Argentina, a print of the long thought lost original version was discovered. Since then there has been a battle to restore it, so that we can, for the first time in 83 years, see this groundbreaking vision of the far future in a form that is at least very close to that intended by its director (a few scenes were too badly damaged to repair). The real joy though will be in seeing those famous images, particularly the cityscapes, and the robot Maria, in a fully restored digital print on a cinema screen. It should be a mindblowing experience.

I know next to nothing about this latest from Stephen Frears, who seems to be continuing his genere hopping ways here, with an adaptation of a British comic strip. It was well received at Cannes though, and is toplined by rising British star Gemma Arterton (who pretty much owns 2010 at this point, with The Disappearance of Alice Creed and Prince of Persia: The Sands of Time having opened already). The only thing I really know is that I’ve read that comic strip is something of a spoof of The Archers (long running, and appalling, radio soap about farmers).

French horror has, over the last few years, been churning out some of the edgiest, most compelling, most punishing horror films in the world (including the peerless Martyrs). What they’ve been missing from this fantastic cycle of films is a zombie movie, well, The Horde is going to cure that. I really know little more then ‘French, insanely violent, zombie movie’. I’ve been avoiding information and trailers so I can go into it as cold as I did Martyrs and Inside, hoping for a similar experience. 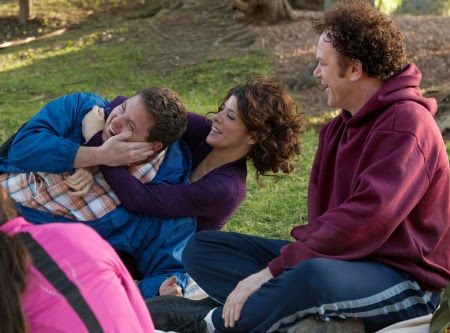 Mumblecore auteurs Mark and Jay Duplass make their mainstream debut with this festival hit, which has also been well received at the box office, scoring a very respectable screen average. It sees John C Rielly’s character beginning to date single parent Marisa Tomei, and discovering that she has an unhealthily close relationship with her son (Jonah Hill). Tomei has, over the last few years, become one of Hollywood’s more interesting character actors, and it should be interesting if Hill has the chops to match his co-stars.

I know I hate 3D, but I’m interested in this for one reason… Joe Dante’s BACK. This is the first feature in six years from the man who gave us the Gremlins films, Piranha, the underrated Looney Tunes: Back in Action and Matinee, that’s all I need to know. It’s also interesting because Dante is a great visual storyteller, his films may not be the most beautiful in the world, but he’s got an individual and witty eye, I’m intrigued by what he might do with 3D.

I didn’t like Ben Affleck’s directorial debut; Gone Baby Gone quite so much as some people did, largely because the ending just didn’t work for me, but it did demonstrate that he had a firm grip behind the camera, real style as a filmmaker and a sure hand with actors. This second effort is a cop movie with an exceptional cast list including Affleck himself, Jeremy Renner, Chris Cooper, Rebecca Hall and Blake Lively. Should be a sure bet for some strong performances.
Posted by Sam Inglis at 18:29