From the Archives: Donkey Punch / Fast Times at Ridgemont High

In From the Archives I republish, and sometimes revisit, reviews that I wrote prior to starting 24FPS. Today we've got a shitty horror movie (mentioned by Bede when we were on Marcey's Superpodcast together) and a classic teen movie which fuelled a thousand fantasies. Enjoy.

To begin with I was warming to Donkey Punch. It put me in a great mood with an opening party montage set to the stonkingly good Rex the Dog remix of The Knife’s Heartbeats, then proceeded to make fine use of Peter, Bjorn and John’s equally wonderful Young Folks. A shame, then, that everything but the music turned out to be a horrible let down.

Take three completely interchangeable girls (Breckin, Burley and Winstone), put them on a yacht with four pretty much interchangeable lads (Boulter, Burke, Morris and Taylor), add one horrible accident (involving the titular Donkey Punch) and watch as the Plot-O-Matic 3000 clanks ever onwards, and there you have Donkey Punch.

To begin with, the screenwriting, by Director Blackburn and David Bloom, is horrendous. The three girls are basically one character whose dialogue has been distributed between three mouthpieces. They are also horrible depictions of women; retrograde cliché slags, misogyny on legs. The boys are equally odious, and almost equally devoid of character, though to give Blackburn and Bloom a modicum of credit they have managed (in Burke’s vile Bluey) managed to create one character that stands out from the others, even if he is as pathetically one note as all the rest.

The second half of the film should be mainlining tension with the same zeal with which the characters approach taking drugs, but it doesn’t. The scares are rote, there’s no clear villain established (indeed the characterisation becomes incredibly confused and haphazard, with people completely changing from scene to scene), even the splatter is done rather half heartedly, mostly off screen, and the big moment is telegraphed hopelessly early. It’s also impossible to be frightened because there’s no way in hell you could care about the ciphers wandering around this boat.

Donkey Punch is a depressing film, a boring plod through the hoariest of clichés, played by dead eyed mannequins and written and directed with all the imagination of a youtube video, which likely means it will make a shedload of money, sadly. 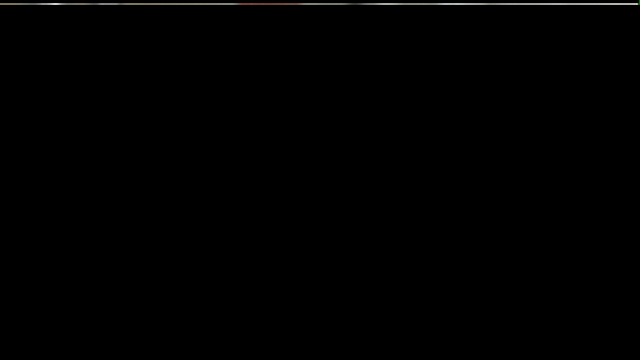 At 22, journalist Cameron Crowe returned to high school for a year to research a book on his experiences (he jokes that he must be remembered as the kid with the weak bladder as he would often retire to the bathroom to make notes). What came out of this project was, first, a best-selling novel and second, one of the best, funniest and most accurate portrayals of teenagers seen on screen up to that point (1982). What is most notable about Fast Times is the sheer number of brilliant actors who made their debuts here. As well as the many named above the film features cameos from Nicolas Cage (then Nicolas Coppola), Eric Stoltz and Anthony Edwards.

There are several stories running through Fast Times. They never quite come together to form a single narrative, but this is the only thing that marks it out as the work of a first time screenwriter (and, in Heckerling, a first time feature director). The main story involves most of the characters; Brad and Stacy Hamilton (Reinhold and Leigh), respectively the oldest and youngest characters in the film are the leads in this part of the film, and while they are never really convincing as brother and sister (certainly there is no resemblance between them) they both put in excellent performances. Judge Reinhold is the model of youthful frustration as Brad, whether he’s arguing with a customer at work or getting caught masturbating by Phoebe Cates.

Leigh, though, is the standout among the cast, she has what is easily the most challenging dramatic material in the film. Stacy goes through a great deal of emotional turmoil in this film; she makes a mistake when she loses her virginity, she gets involved with a couple of bad guys, and she has to decide whether to have an abortion. Leigh was 19 at the time, but she looks so young and delicate that you instinctively want to protect Stacy, even when she’s not entirely sympathetic. When Roger Ebert reviewed Fast Times he seemed angry at Crowe and Heckerling for making a ‘sweet girl’ like Jennifer Jason Leigh take her clothes off in their film. If we can say anything by looking at what she has done since it is that Jennifer Jason Leigh is many things but shy is not one of them. What is so fascinating and so instructive about this piece of criticism is that Ebert isn’t reviewing Leigh’s performance; he’s not even talking about Jennifer Jason Leigh. The innocent he’s talking about is Stacy. That’s how good Leigh is in this film.

Pheobe Cates’ role is more broadly comedic than Leigh’s, as evidenced by the scene in the cafeteria, and the hilarious discussions she has with Stacy about her sex life. Cates is pretty good in the part, but what people remember about her performance in the film is her nude scene. It does bear talking about, while utterly gratuitous, it is one of the most remembered and talked about nude scenes ever. On her DVD commentary track Heckerling notes that whenever she has rented a VHS of the film the picture quality always seems worse on this scene.

Brian Backer puts in a sweet performance as the shy Mark Ratner and does particularly well in the scenes involving his date with Stacy. At this point one should mention the music, something both Heckerling and Crowe are rather obsessive about. At one point Rat is told by Damone (Romanus) that on the way to a date he should play side one of Led Zeppelin 4. In the car on the way to the date Rat plays Kashmir which, as any Zeppelin fan knows, is on Physical Graffiti; this continuity gaffe really works for the character, Rat is not very cool so the implication is that he tries to follow the advice but picks the wrong album. Damone is a slimy, unlikable, character but Romanus is so funny in his performance that it is hard to dislike him, though what he does to Stacy is pretty loathsome.

An entertaining peripheral story focuses on the relationship between surfer Jeff Spicoli (Penn, playing Bill and Ted trapped in a single body) and American History teacher Mr Hand (Walston) who provide an escalating series of hilariously funny confrontations. Penn, so adept at drama later in his career, proves a brilliant comedian here, admittedly Crowe’s script helps but Penn has impeccable timing and uses every line to great effect. Walston appears continually exasperated but this, according to Heckerling, is as much to do with what Penn was doing off camera as what Walston does on camera.

Amy Heckerling captures the high school milieu perfectly, excluding any adults bar Mr Hand to focus entirely on the teens and their concerns. There’s a fluency and a confidence about the film that allows things that would seem out of place in other hands (the dream sequences, the German restaurant in which everything is oversized) work and Heckerling clearly understands both her characters and her audience, never talking down to either.

It is tempting now, 28 years on, to write about Fast Times as a period piece but it is only really the cultural references and the hair and wardrobe choices that really date it. The rest of the film feels very true to the teenage experience, any viewer has been, or has known, several of these characters and that’s why Fast Times remains relevant. It also, of course, remains a great piece of entertainment into the bargain.
Posted by Sam Inglis at 19:32